The Chinese premier’s visit will boost bilateral trade, the bedrock of Sino-Indian relations 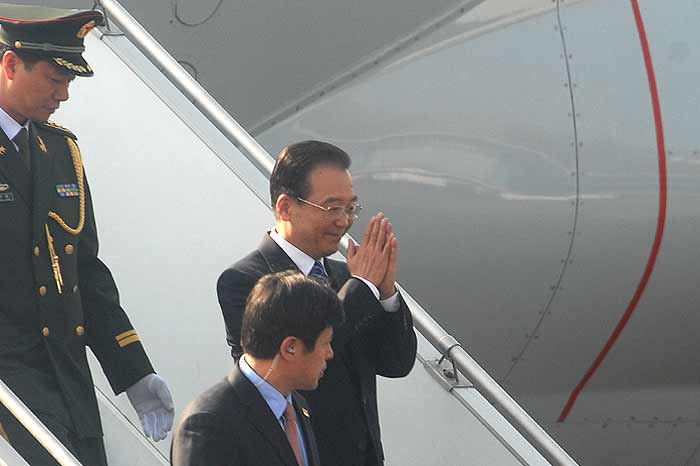 To the millions of Chinese children, Premier Wen Jiabao is affectionately known as grandfather Wen, conveying the tremendous success he has achieved in cultivating the image of ‘people’s man’ or the ‘humane face’ of the Chinese government. This sentiment was transmitted to Delhi’s Tagore International School, which was Wen’s stop on the first day of his recent trip to India. A child asked him, “Could I call you Grandfather Wen?” Pat came his reply, “I love to be called that, especially by children.” Perhaps this exchange was scripted, but one indisputable feature of how he came across—whether meeting schoolchildren or addressing business leaders or talking to Prime Minister Manmohan Singh—was his winsome demeanour. Through it, he conveyed the message that he’s a reasonable man, arguably India’s best bet to improve its relations with China.

Wen’s arrival in Delhi on December 15 makes him the first Chinese premier to visit India twice since 1976, the year full diplomatic ties between the two countries were restored. (He had visited earlier in 2005.) Wen needs to make yet another trip here to surpass Zhou Enlai’s record of three visits, all made during the much-celebrated, Hindi-Chini-bhai-bhai days of the 1950s. These details, trivial though they may seem, prompts Chen Jian of Cornell University to tell Outlook, “This should be regarded as an effort on Beijing’s part to link China-India relations today to the 1950s, which were then characterised by friendship, solidarity and comprehensive cooperation.”