Can You See The Fog?

Links between financial crises and recessions are unalterably vague 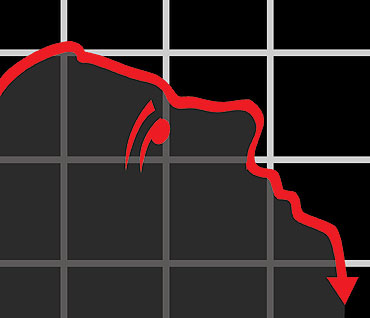 outlookindia.com
-0001-11-30T00:00:00+0553
Until a few weeks ago there was no agreement among experts on whether or not a recession was imminent. Then last week, America's National Bureau of Economic Research—widely viewed as the final arbiter on such matters—declared that the recession is here. Not just that, it started in December 2007. So a recession, it seems, is not only unpredictable, but also cannot always be recognised when present. Clearly, this is not the high point of the economics profession.

The fact that this financial crisis came upon us with so little forewarning has led to a lot of criticism of economics as a discipline. Some of the criticism is valid, but not all. First, it needs to be appreciated that in economics a prediction itself can alter the object of the prediction. Hence, for certain kinds of economic phenomena, forecasting may be a logical impossibility. Consider predicting a fall in stock prices one month in advance. If anyone can actually master the art of doing this, then, as soon as the person makes this forecast, people will sell their shares and prices will come down immediately. So no one can have a reputation for predicting share price declines well in advance.

Second, in these troubling times, the demand is for economists who do not temporise but make clear statements, who do not waver about the causes of the crisis but are unequivocal. This, however, is the wrong lesson.

I am currently reading Jean-Jacques Rousseau's autobiography, Confessions. Poor fellow. When at last, in his late forties, he makes it as a man of letters, music composer, trenchant critic of 18th century European mores and, above all, the grand philosopher, his bladder gives way. Page after page, he laments about poor "urine retention" and how he cannot accept invitations from kings and dukes for fear that he may have to run, mid-conversation, to the loo. He sees the best doctors of France and Geneva. The medical diagnoses that follow (and are described in some detail) remind me of the pronouncements on the current crisis by finance experts. Notwithstanding the primitive knowledge of human anatomy, Rousseau's doctors prescribed confidence treatments that had no scientific basis.

The correct stance in such situations is to recognise that we do not understand. So for economists, now is the time to be sceptical and to question. Fortunately, scepticism is the mainspring of knowledge. It may not be entirely coincidental that at the same time that contributions to knowledge in ancient Greece peaked, the philosophy of scepticism was also at its height. Pyrrho of Ellis (circa 300 BC), the "apostle of disillusionment", lectured on the value of equivocation. Pyrrho's disciple, Timon, wrote about the essential ambiguity of nature. Later, circa 200 AD, Sextus Empiricus penned a series of books challenging traditional knowledge. This is clear from the titles of his many books—Against Dogmatists; Against the Physicists; Against the Ethicists; Against the Professors. He wrote more, but you get the point.

In economics the big open question is the connection between financial assets and the real economy. If one million rupee notes owned by a businessperson burns down, what will happen to the total amount of apples, homes and haircuts in the economy? Not only do we not have an answer to this question, we do not even have a methodology for answering it. Till we get to grips on this, the link between financial crises and recessions will remain ambiguous.

In this age of quick claims and hasty recognitions, our urge is for quick assertions. However, 'social phenomena' are inherently ambiguous. To ignore this is to court failure.

Postscript: Tenuous though its links may be with science and scholarship, and feeble though it may be in humour, let me end with the best account of ambiguity that I have heard. It consists of a husband's remark and how one may interpret it. After a lady was declared dead and was being carried out of the house in a coffin, the pall-bearers bumped into a wall, whereupon they heard a groan. The coffin was promptly set down and, lo and behold, the lady had not died. She was taken out and nursed back to health. Ten years passed, and then she died. Her corpse was placed in a coffin; and, as the pall-bearers carried it out, they heard her husband's anxious voice, "Mind the wall".