Inhabitants of Barmer survived the 'Kutch-Bhuj' earthquake because their poverty compelled them to build 'safe' houses.

More from Manvendra Singh
View All

When the earth shook I thought I was standing on jelly, that incredibly wobbly feeling. Being geographically and culturally close to Kutch-Bhuj—that is how it is referred to in these parts of the desert—Barmer obviously shook. 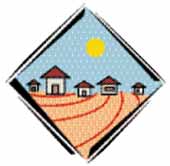 Other than two shabbily constructed buildings belonging to the state, there was not much damage. Except for a building in Jaisalmer, but that too more on account of insufficient maintenance. One of the exquisite landmarks of Jaisalmer, Salim Singh ki Haveli, has suffered some damage. But that can be attributed more to the negligence of the family that owns the haveli than the intensity of the tremors.

Some houses in Barmer did develop cracks, as many had in 1995 during an earthquake that, curiously enough, had its epicentre in the district. That temblor was much smaller in scale and, sure enough, caused many in Pakistan to doubt if it was a nuclear test. The news coming from across suggests that there has been extensive material damage in parts of Sindh. The damage has been disproportionate to the losses in terms of lives. And the disquiet in terms of pace of relief could well mirror that of the residents of Kutch, so we are informed. All this reminds me of an interesting conversation, not long ago, with a traffic police sub-inspector in Jodhpur. Standing by the side of the road waiting for a bus from Jaisalmer, I saw a Maruti speeding on the wrong side. The sub-inspector was there as well and so I asked him whether his department continued to update its knowledge through refresher courses and such things. His reply continues to ring in my mind and was said exactly as it is recounted here; in the same language: "Is it the responsibility of the state to impart civic sense or is it that of the family?" I then had nothing to say to him.