CAB is about religious minorities facing persecution in three theistic neighbouring countries. Almost all of them are populations that were part of pre-independence India, now stranded in nations that had falsely promised them protection. 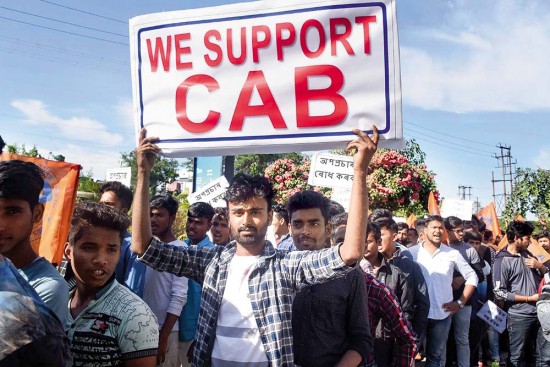 The Modi 2.0 goverment’s stunning series of legislative changes did not end with the commemoration of its six months in office last month. Following the amendments to Triple Talaq and Article 370, and the Supreme Court’s long awaited verdict on Ayodhya, the Citizenship Amendment Bill has stirred the same kind of response.

Almost on cue, left-liberal circles have reacted with apoplectic rage and a variety of accusations, including outlandish claims of the end of democracy. This last is odd, considering that the bill’s passage was possible due to a majority in Parlia­ment, elected on a manifesto committing to these changes. All these emotive reactions are rooted in a certain political calculus, albeit a failing one. Such accusations must be answered not with equal and opposite emotions, but rationally.