More and more of Kamathipura, Mumbai’s oldest red-light area, has been on sale for big realty fish 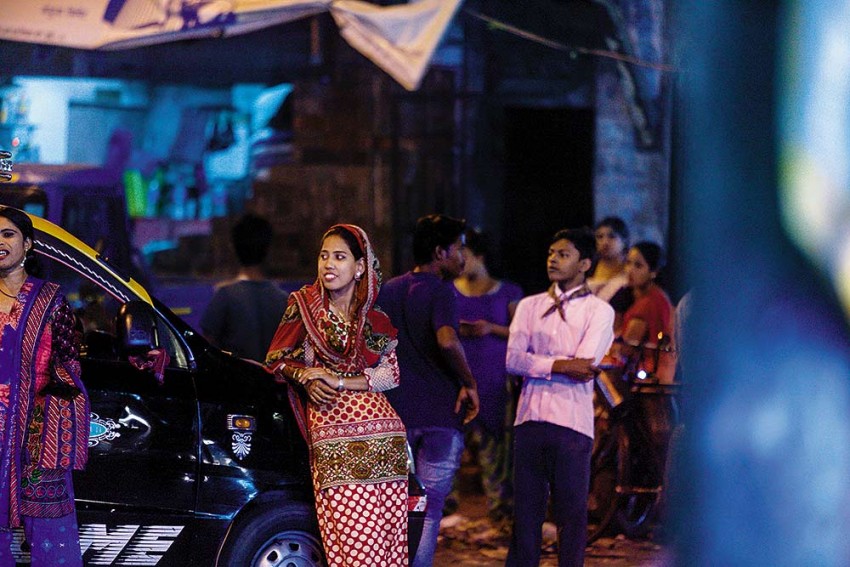 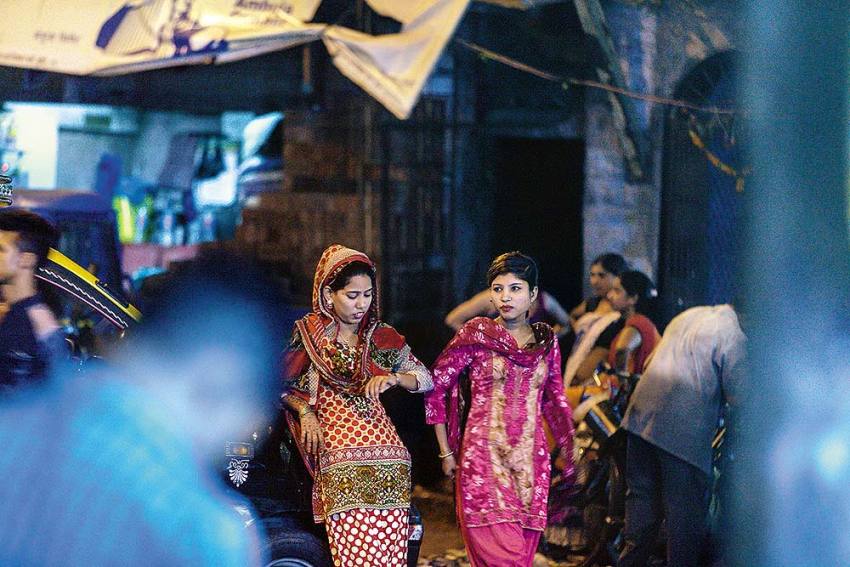 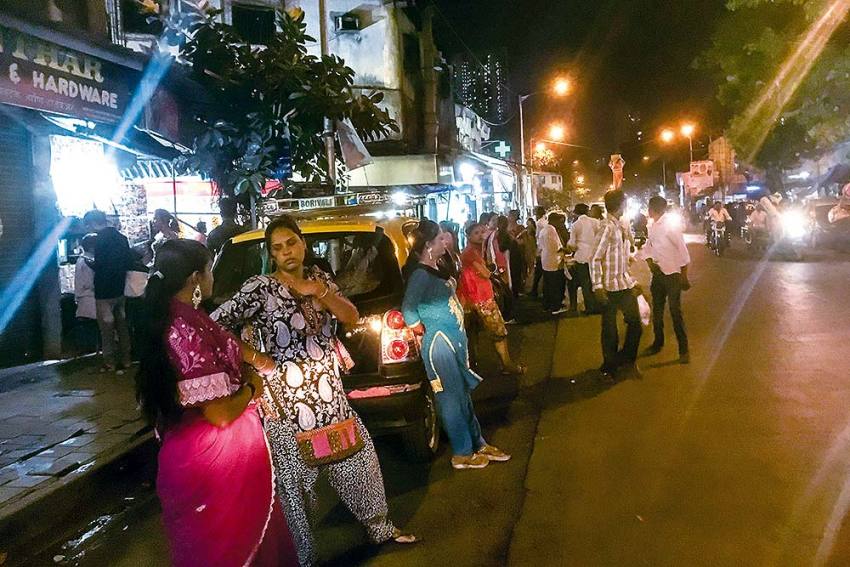 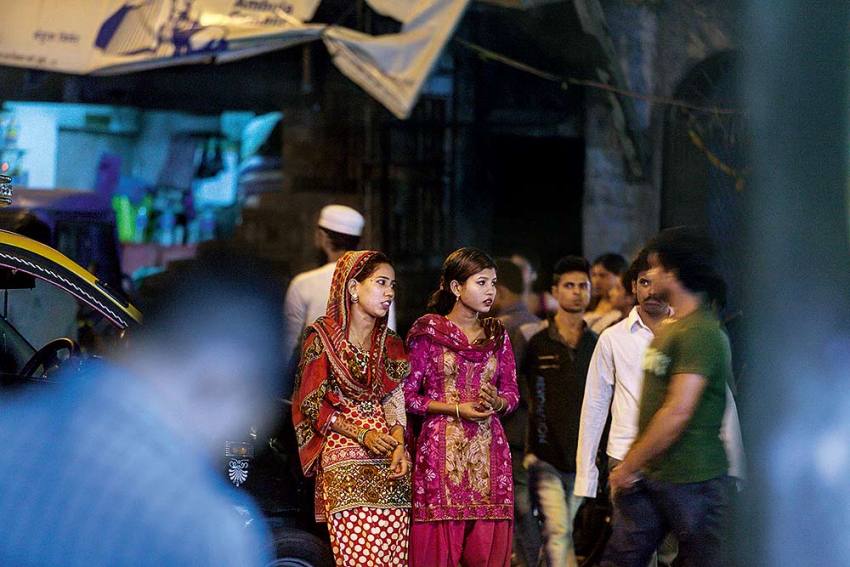 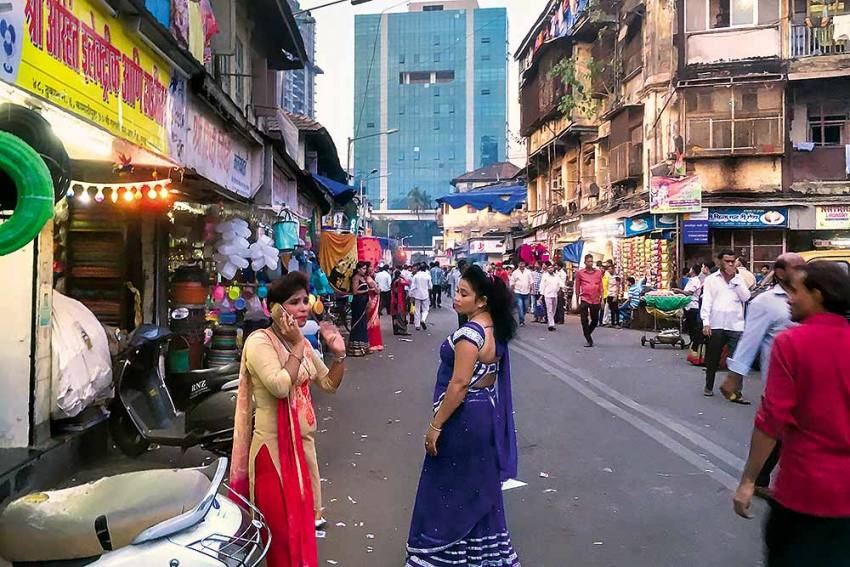 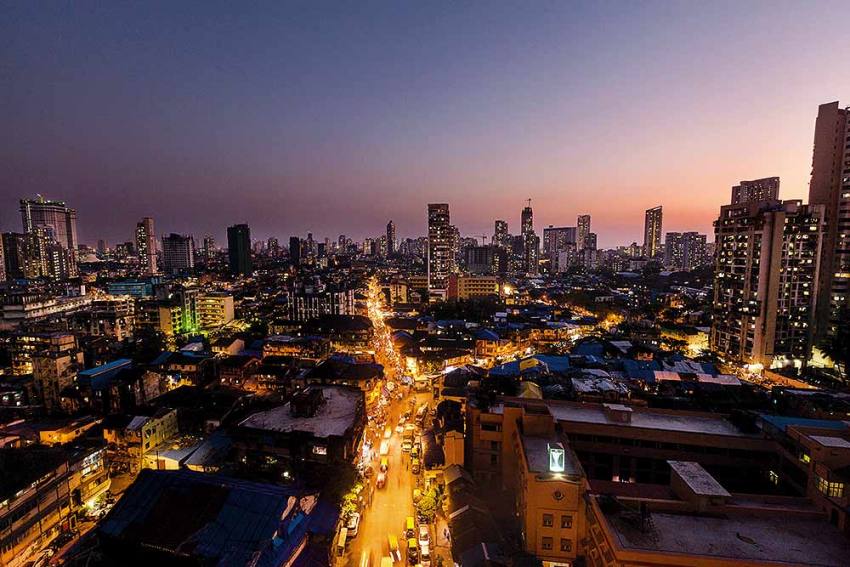 Kamathipura at night, as seen from a vantage point
Photograph by Apoorva Salkade 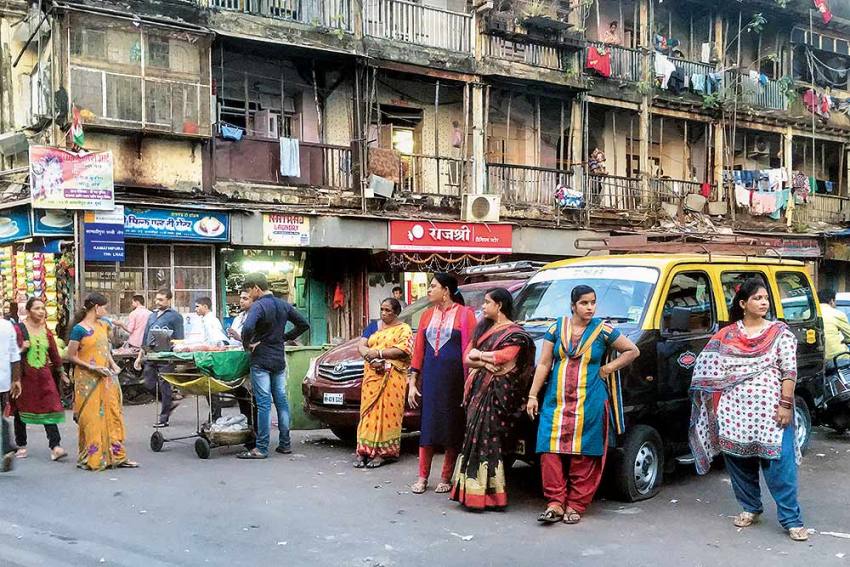 A piece of Mumbai’s history is going to be whitewashed by skyscrapers, ousting to the suburbs some of the descendants of those who literally built ‘Bombay’. Nestled in the heart of South Mumbai, Kamathi­pura features all the traits of urban vintage: a chor bazaar, the old theatres, including the iconic Naaz theatre. Its location also gives it prime property status. And the realtors have been long coming.

Today, the estimate for flats in Kamathipura and the neighbouring areas is massive. A flat of 500-square-foot carpet area sells for Rs 1.5-2 crore. The smaller tenements have a different rate as of now. The one-room and kitchen set of around 250-square-foot carpet area that serves most of Mumbai’s low income groups costs around Rs 40 lakh in Kamathipura, including a premium for the tenants during a sale. These are rented out at an average of Rs 25,000 a month, inv­iting in a new demographic.

Oral history says the Kamathis, a caste of undivided Andhra Pradesh, were settled here by the British to build roads that connected several marshlands into a city, named Bombay. They now share the space with construction workers from various parts of India.

At some point, the British trafficked European women into Kamathipura giving it the moniker ‘white lane’. Drunken soldiers, claims a local, would come and spill out beyond white lane into the homes of residents. That is when they supposedly began to adopt the practice of using red lanterns outside doors of houses with commercial sex workers, who also catered to Indian soldiers of the British army and sailors whose ships docked in Mumbai. After Independence, the loc­ality saw an influx of women and girls, trafficked from various parts of the subcontinent. Drugs were not far behind. Kamathipura served as a hub for the marijuana and ‘smack’-heroin dealers who operated with some impunity for years.

In the decades that organised crime gangs ruled the streets, they first extended their protection to these lanes and later controlled the trade. Official data from the Mumbai Municipal Corporation placed the number of sex workers at more than 50,000 in 1992, which was still a peak period for Mumbai’s underworld. In 2009, the number had dipped down to 1,600, mainly due to the HIV. The crime is still an organised one though the bosses are neither as powerful nor as influential as they used to be. A decade later, local shop-owners suggest the number is down to a few hundred or less.

In the meantime, photographers and reporters are not welcome; the trade must go on till redevelopment ushers in a new life for the landowners. Once it comes in, prices will spike several fold. Sukhlaji road, which borders Kamathi­pura on its north, already has a few big buildings, ­inclu­ding a hotel by the Balwas of DB ­realty, who had earlier expressed keenness to ­redevelop Kamathipura.

Sunset brings in a burst of colours and dazzle from the garish makeup and costume jewellery of the sex workers. Some customers approach them directly, negotiate terms and are led away to one of the four gullies that still cater to the sex trade.

There is a diminishing coterie of pimps. One such pimp is Sushil (name changed). He has been in the business for nearly three decades—his family believes he is a manager of a small downtown club. He also delivers tea as side business. The sex trade gets him a percentage from the sex worker, a happy client may tip him too. He has managed to move his family out to an apartment in the suburbs and admit his son for an MBA—a respectable retirement is now on the cards.

But there may be no respectable exit possible for the sex workers. Some of them were born into the trade—children of trafficked women. Many of them are being shifted to new places in Navi Mumbai, but without rehabilitation and protection, it is a life sentence to the sex trade.

Text by Ushinor Majumdar in Mumbai, photographs by Apoorva Salkade