Zoning In The Moolah 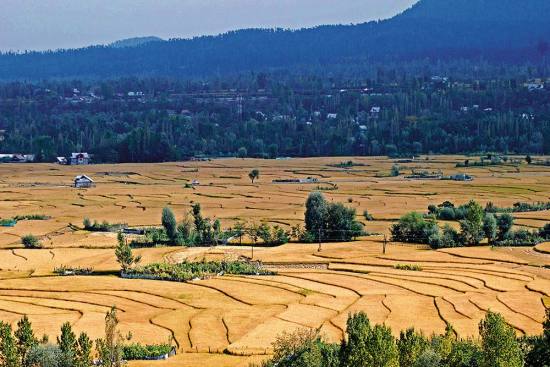 The Jammu and Kashmir government has opened areas close to the Line of Control and the international border with Pakistan for investment to set up industries. Its new industrial policy has divided areas in all 20 districts of J&K into zone-A and zone-B “on the basis of industrial development so as to promote equitable spatial industrial growth”. Zone-B is what the government plans to incentivise more, with investors getting land at prices much lower than in zone-A. Any investor in zone-B will get 50 per cent subsidy as compared to 40 per cent in zone-A. Officials say this is for the first time in 70 years that industrial policy has been devised in such a manner.

Some of the places chosen for the project would raise eyebrows as these are close to the LoC or the border—a ragged mountainous terrain and highly militarised zone that regularly records shelling and skirmishes. The incentive is, hence, more for these border areas. In Jammu district, for instance, areas like Bishnah, Marth, Satwari, Nagrota, R.S. Pura and Miran Sahab are in zone-A, while border areas like Akhnoor and Suchetgarh along with 12 other areas in zone-B. In Poonch, there are no zone-A areas, but 11 areas in zone-B. Similarly, in Rajouri district, no area falls in zone-A, while 19 are in zone-B. In Rajouri and Poonch, areas like Nowshera, Sunderbani, Seri, Siot, Lamberi, Panjgrain, Qila Darhal, Manjakote and Doogi, which are close to the LoC and see regular shelling, have been placed in zone-B. In Kashmir’s Baramulla district, 24 areas close to the LoC, including Uri and Boniyar, have been kept in zone-B. Similarly, in frontier district Kupwara, 27 areas such as Keran, Kralpora, Machil, Sogam, Teetwal and Langate, which see regular shelling and are on infiltration routes, have been placed in zone-B. There are border areas such as Teetwal, Kralpora and Sogam where land has not been identified for investment.