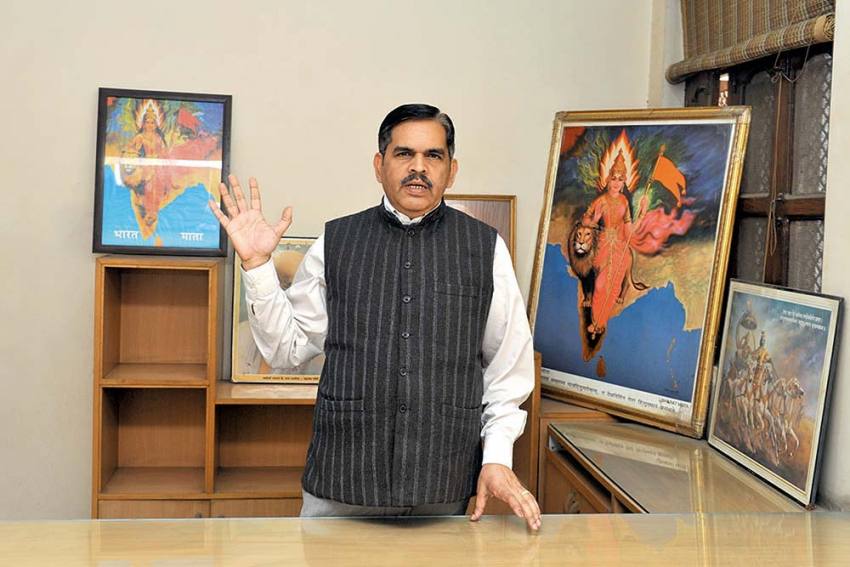 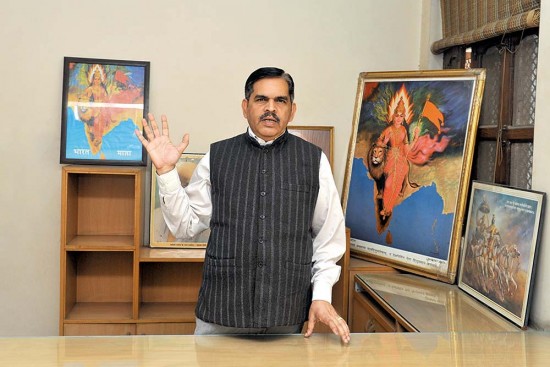 Swadeshi Jagran Manch (SJM), an affiliate of the RSS, is gung-ho over Prime Minister Narendra Modi’s call for an Atmanirbhar Bharat as part of the post-pandemic economic revival. SJM national co-convenor Ashwani Mahajan tells Bhavna Vij-Aurora that it is a vindication of the organisation’s 30-year-long struggle, and it is time to repose trust in indigenous talent, resources and knowledge.

Prime Minister Narendra Modi announced the Rs 20 lakh crore COVID-19 package and called for self-reliance or ‘Atmanirbhar Bharat Abhiyan’. Are you happy with the move?

The Prime Minister has echoed what the Swadeshi Jagran Manch has been saying over the past 30 years. It is a vindication of our long struggle to see India economically independent and self-reliant. We are supporting the government completely in this endeavour and launched a pan-India Swadeshi Swavlamban Abhiyan (self-reliance campaign) from May 19 to spread awareness.

How does your campaign dovetail with the government’s self-reliance call?

We are drawing a comprehensive plan to involve people from all walks of life, including workers, farmers, small-scale entrepreneurs, academicians, technocrats, industry and trade leaders, to spread awareness and promote swadeshi or local products. We will also distribute lists of such products. This is the time for handholding of local, small-scale manufacturers, artisans and small businesses. District- level committees will be constituted involving people from industry and trade activists for this purpose.

There is still some ambiguity about what defines ‘local’ in context of swadeshi. Does it mean products manufactured by Indians within the country? Or will it include products made in India by MNCs?

When you say local, it is the narrowest form of swadeshi. In addition to goods made by Indian manufacturers, it would also encompass companies with foreign equity but where Indian equity is more than 51 per cent.

There is hardly any case for ambiguity. Local means a product used at the local level, produced by our indigenous industry—small, medium or cottage industry. It also includes GIs (Geographical Indications) like Kancheepuram silk, Moradabad metal craft, Firozabad glass and Blue pottery of Jaipur. It also means decentralised production model and use of domestic resources and talent.

You believe that the local indigenous industries need a push?

It’s unfortunate that policy makers in the past never reposed trust in indigenous talent, resources and knowledge. There was over-emp­hasis on public sector and later on foreign capital and MNCs. PM Modi’s call of ‘vocal for local’ is a pleasant departure from the existing policy based on globalisation and liberalisation, especially foreign capital dependent model of development.

“The virus outbreak has already accelerated the collapse of the existing model of globalisation...no logic in blindly importing in the name of free trade.”

It is time to revive those local industries that were taken for granted in the era of globalisation. It is also time to usher in economic policies that produce welfare, sustainable incomes, help job creation and, all in all, put faith in the people.

There are more than 700 MSME clusters in the country with a long and prosperous history of industrial development. Many of these clusters lost their sheen due to unfair competition from China and unfair import policies. They have to be supported and strengthened by all means so that they not only create employment opportunities but also produce high-quality products in the most economical cost. More such industrial clusters would be identified at the district level all over the country for ushering in future growth in manufacturing.

Do you think the coronavirus outbreak has nudged the country towards swadeshi?

There is definitely a context here. Coronavirus has already accelerated the collapse of the existing model of globalisation, with lessons in self-reliance. Two weeks before the Prime Minister talked about it in his address, sarsanghchalak ji (RSS chief Mohan Bhagwat) had called for national reconstruction through swadeshi and self-reliance. He had also talked about the model based on decentralisation, using indigenous talent, giving employment to our youth.

It can also be called ‘sanatan’, invoking the philosophy of integral humanism as put forth by Deendayal Upadhyaya and later by Dattopant Thengadi. We are seeing its adoption in a new context.

There is a fear among some sections that the emphasis on local may make India isolationist?

This is not isolation. We are not breaking relations with other countries. We are moving towards fair trade. China has been dumping goods in our country since years, killing almost all our manufacturing industry. The government has risen to the occasion and there has been a conscious effort to ban Chinese goods. Even Piyush Goyal (minister of commerce and industry) had earlier said at a meeting with us that we are proud to be swadeshi. Protection of our people and industry against unfair trade is not a crime. There is no logic in blindly importing in the name of free trade. Protectionism is seen as a dirty word, with negative connotations, in the past three decades. It is not a crime. The government, for the first time, in February 2018, raised tariff to protect our industry. The trade deficit with China had come down from $63 billion in 2017-18 to $53 billion in 2018-19. It has come down further.

Also, to make self-reliance work, the government needs to do major structural changes. Most industries are working below capacity. Jobs have to be created. India has so much potential. If we can launch 104 satellites in a single rocket into space, why can’t we manufacture computer parts that we import from China.

Do you think that in the post-lockdown world, India has an opportunity to enhance its economic might at the cost of China?

This thought is being echoed everywhere. The world over countries are realising that self-reliance, or rather self-sufficiency, is the best policy. China is going to be the biggest loser, losing out on various counts. One, on demand, as it is bound to face cancellation of orders. Second, by relocation of various MNCs from their soil. And last, it is going to lose infra projects in over 65 countries that were part of China’s Belt and Road Initiative.

What is your view on privatisation of PSUs in non-strategic sectors that the government has announced? Your sister organisation, the Bharatiya Mazdoor Sangh (BMS), has opposed it.

We have always been against privatisation, especially the strategic route to disinvestment of PSUs that was undertaken under the Vajpayee government. We are also against disinvestment of BPCL and Air India as planned by this government. These issues must be resolved. We have seen the resolution of BMS, and are in the process of making up our mind on supporting it.

Lastly, what do you have to say about thousands of migrants walking home in misery? Do you think that the government has failed them?

I don’t think, the government has failed them. The government has made all efforts in taking them home. Even the states have made efforts. Civil society—the RSS and many NGOs—is also working hard.

At this point, I want to ask all policy-makers and globalisation apologists—that if  globalisation was a success—why are the majority of labourers still in this shape? Over 37 per cent children between one and five years are still stunted. The average wages, from 1991 to 2016-17, had gone up by seven per cent, while inflation went up by 6.5 per cent, barely leaving any surplus for the people.

They were in the same miserable position 50 years ago. It is all because of economic policies of the Congress. Those who are responsible are now shedding crocodile tears at their plight.