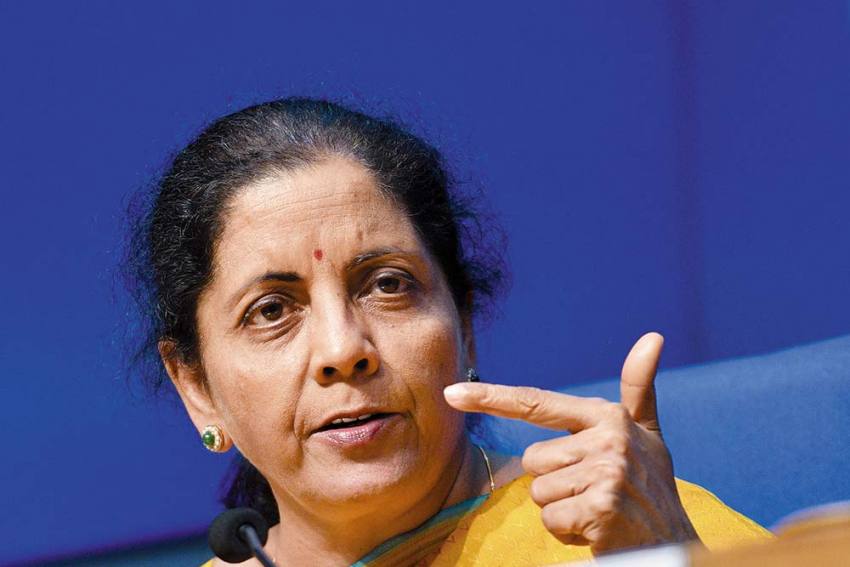 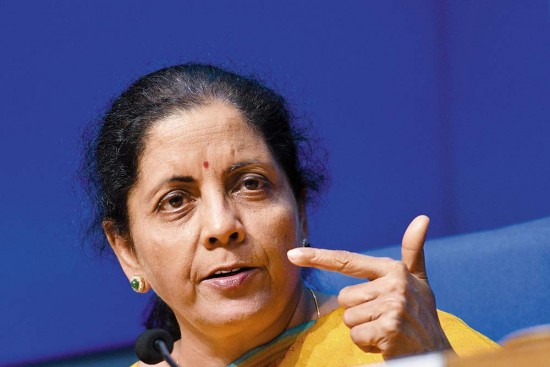 She traversed several roads. She connected them through exits, and switch roads. But in the end, the economic highways that emerged from finance minister Nirmala Sitharaman’s Budget 2020 looked like a maze. Her speech came across as a policy construction with little idea of what to do, and when. Instead, what she achieved was a mish-mash with dozens of clogged pathways full of long jams. Possibly, the expectations among the investors and citizens were too high, and the financial shackles on Sitharaman too restrictive.

The huge hopes implied that the budget decisions were perceived largely as two-steps forward, one-and-a-half backwards. The FM doled out several benefits with her right hand, but took away sizeable portions with her left. Clearly, the constraints didn’t allow the FM to go all the way. In the process, her fiscal arithmetic looked a bit wobbly, as she based the government’s optimistic revenue estimates on the successful sale of family jewels, like the state-owned LIC and other cash-rich PSUs, and that of telecom spectrum.

As Sitharaman stuttered through what was the longest speech in free India—she took several water and medicine breaks and couldn’t finish the last two pages—it seemed as if she was unsure about what plagued the economy. She wasn’t clear whether the problem lay with the consumers’ inability, and lack of desire, to spend, or with India Inc’s helplessness to invest. Did she have to hike demand by putting more money in the buyers’ pockets, or spur supply by encouraging companies to enhance their production? 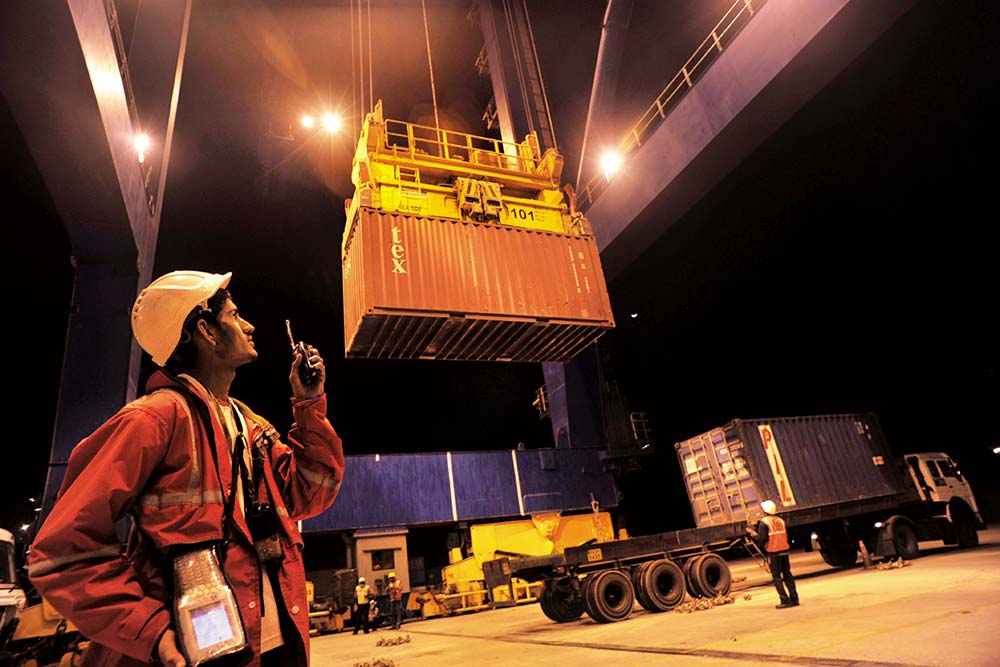 In the end, the FM pursued both ends. To help the taxpayers, the FM slashed personal tax rates with the hope that the money they saved would be used to buy more goods. However, the rider that the reduced rates would apply only if the individuals did not avail themselves of any exemptions meant that the actual benefits would be meagre. Madan Sabnavis, chief economist, CARE Ratings, feels: “On balance, the budget does not provide for higher consumption.” He explains that the tax gains will accrue to only those in the lower-income brackets, whose spending power is limited.

However, the salaried middle-class will lose a lot because of the change in the tax on dividends. Instead of companies, which give them, the tax will now be applicable on individual earners. Sabnavis contends that this is “definite dampener for all households”, except those who earn less than Rs 500,000 a year and who are unlikely to invest in stocks and equity. This is because the tax on dividends will now be linked to personal tax rates, which are higher than the rate at what the companies paid earlier.

FM slashed personal tax rates with the hope the money taxpayers saved would be used to buy more goods.

According to experts, the change in dividend tax will, in reality, help foreign investors and non-resident Indians. Pranav Sayta, EY India’s expert on global taxation, contends the tax earlier paid by companies, “which was unique to India”, will help foreign recipients, who will pay it now. This is because they mostly invest through tax havens like Mauritius and Singapore, where the tax rates are lower. The bilateral double taxation treaties that India has signed with such nations will ensure that the lower rates are applicable.

The positive impact is that the companies will not face the hassle of paying the tax. It eases the way of doing business, but saddles the individuals with higher burden. The FM felt that the change can cajole companies to inv­est more, as their profits will go up to the extent that they save on taxes. The earlier law, according to experts, red­uced companies’ “retained profits”, impacted the “balance sheets”, and was seen as “notional losses for the shareholders”. But will it achieve the desired investment objective?

A few months ago, Sitharaman slashed corporate taxes. This too was aimed to help India Inc pump in money to increase capacities. But this hasn’t worked, at least till now. The problem is that the firms are waiting for demand to perk up. They have adopted a wait-and-watch attitude—wait for things to change, and watch for others to invest first. No one wishes to be the first to move off the block. Until then, the gains through lower taxes, and shift in dividend tax, may be used to pay more dividends, or clear debts.

More importantly, there are structural problems in manufacturing. Says Anil Bhardwaj, secretary general, FISME: “While the budget provisions are a step forward, they are not adequate to remove the multiplicity of hitches that hold back the growth in manufacturing.” Rajat Kathuria, director and chief executive, ICRIER, is unhappy that ‘Make in India’ has become protectionist. “To use customs duties to protect industry hasn’t worked.” The problem with India’s competitiveness is not just cheap imports, but other handicaps.

This is evident from the state of the MSMEs, the small and medium businesses, which are usually the drivers of growth. According to experts, the debt scenario in this segment is scary, and “its gravity hasn’t sunk in” within the official circles. Despite the FM’s claim that the debt of 500,000 such firms was restructured, the process is slow and laborious. “The fact is that banks have little incentive to restructure loans. Their default action is to take over the assets, and save their backs,” Bhardwaj explains. 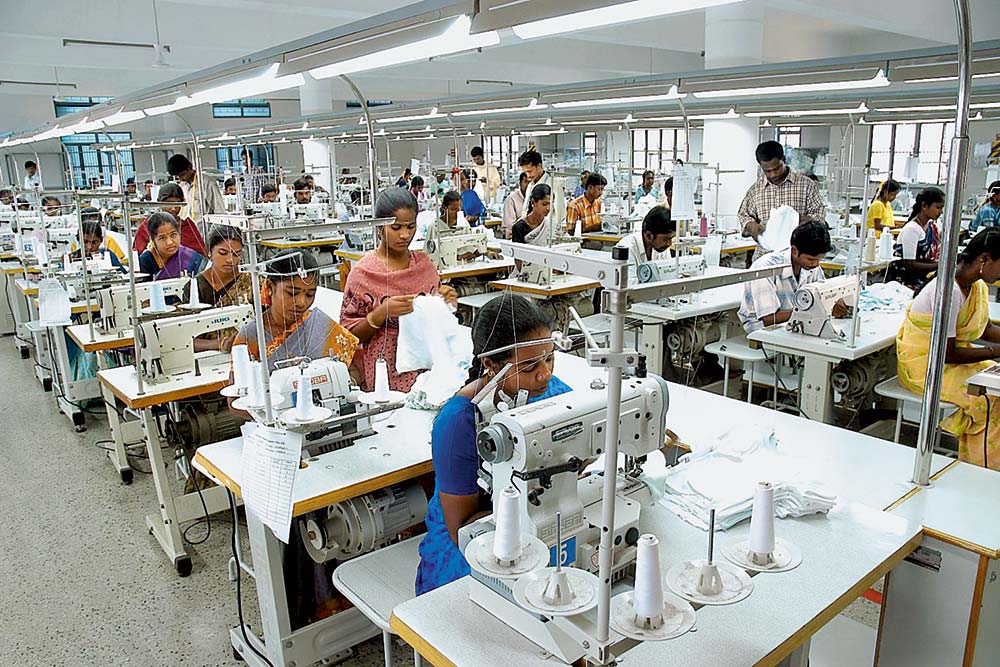 In such a situation, the government has to depend on public spending. A few months ago, the FM announced the intent to spend Rs 103 lakh crore on infrastructure over the next five years. Budget 2020 allocated Rs 22,000 crore to the state-owned IIFCL so that it could leverage it to raise long-term loans to finance mega-projects. A tax-free status to investments by the sovereign wealth funds will help. And there is no doubt that this can energise the investment cycle, create jobs, and increase consumer spends.

Experts feel that there are several problems with this approach. One, this provides only a medium-term vision to kick-start investments and growth. What the economy requires today are immediate policy pills to achieve this objective. In addition, Budget 2020 failed to announce big-bang measures to improve negative sentiments across sections. Sabnavis contends that of the Rs 103 lakh crore, the Centre and states are expected to contribute 78 per cent of the total, which “seems too high given their limited ability to spend”.

Thus, a better alternative is to convince private investors, including foreigners. The government continues to rely on the PPP (public-private partnership) model. Over the past decade, this has failed because of several reasons. The most important one rel­ates to governance issues, which lead to delays. Roads minister Nitin  Gadkari recently stated that NHAI is involved in arbitration cases of Rs 70,000 crore with private parties, largely in PPP projects. He candidly admitted that the highway authority was likely to lose most of them, as the problem was with the bureaucrats.

Attempts to remodel PPP, and make changes, haven’t worked. It remains contentious, also because the government doesn’t always pay its dues on time to the private parties. This impacts the latter, and puts pressure on the lenders, mostly banks, which face critical liquidity crunch. It also affects the overall quality of assets. Hence, policies to build more roads, ports, airports, and inland waterways aren’t enough. There has to be a change in ground realities. 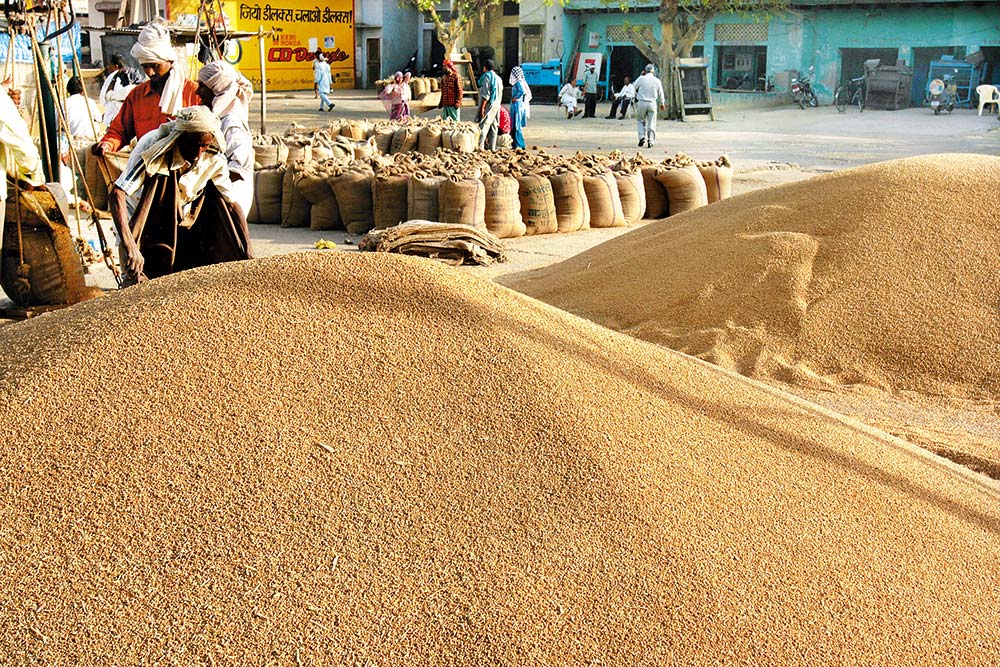 Consider the example of affordable housing. Budget 2020 gave an extension of one year for approvals under the scheme, which, says Shashikant Hegde, director and CEO, Projects Today, which tracks infra investments, will “provide some breathing space to the construction companies”. However, the demand for houses has to pick up in the next few months due to “huge accumulated stocks”, i.e. built houses that cannot be sold. The extension, therefore, will not help much unl­ess the government intervenes.

Whether it is a case of private, public or PPP investment, the banking and fin­ancial sector has to undergo dramatic changes. According to experts, 70 per cent of them are owned by the government, and remain inefficient, corrupt, and influenced by politics. The banks have become ‘safe’ lenders because they do not wish to take undue risks. Despite lower interest rates, their attitude remains cagey. The NBFCs have gone through their own set of problems. Hence, there is a credit squeeze, or unavailability of money for projects.

The FM is confident that her policies will work...This was refelected in the growth estimate of 10 per cent for ’20-’21.

The less one says about agriculture, the better it is. The government wants to double farmers’ income in a few years. Budget 2020 aimed to enhance it through non-farming means, such as fisheries, horticulture, and sale of electricity generated from solar panels on barren farmlands. Yet again, this is too little, and too far ahead in time, for the hapless farmers, who were battered by both gluts (unviable incomes) and shortages (crop destruction) over the past 24 months. They need money now, not later.

The policy makers wish to wean the farmers to invest in both farming, and allied areas. However, the latter are unable to feed their families; they don’t have the money to buy essential goods, forget about investing in new areas. For example, how can a farmer, who is unable to grow enough to feed his family, install solar panels on his barren land, and sell electricity to the main grid. In the past, people who managed it faced numerous problems like delays in payments.

Mere rhetoric and slogans will not help the rural families. Schemes like Kisan Rail and Kisan Udaan, which will enable the farmers distribute their produce through trains and flights, have little impact on the poor and marginalised sections. The scheme to lend money to self-help groups (SHGs) in each gram panchayat is noble, but the provision under MUDRA scheme wasn’t enhanced. Hence, the SHGs will fight over the same corpus for competitive projects.

However, the FM is confident that her policies will work—and soon. This was reflected in the nominal annual growth estimate of 10 per cent for the next year (2020-21), even as the prospects for this year (2019-20) and the next seem dismal—6 per cent or below. In Budget 2020, the fiscal deficit, the difference between government revenue and expenditure, is also expected to come down from 3.8 per cent of GDP in 2019-20 to 3.5 per cent the next year. This proves that the FM is buoyant about growth and higher revenue in 2020-21.

Clearly, the solution doesn’t lie in optimistic estimates, juggling figures, and long- and medium-term steps. The government needs to act on a war footing to bring the economy back on rails. All is not lost, not yet. The FM still has some time to take immediate steps. But only, unless the rumours on Raisina Hill are wrong, and there is no cabinet reshuffle after Parliament’s budget session.