Saddled with huge losses and even higher debts, the telecom companies have no option but to shore up incomes and margins. Mobile data charges are one of the cheapest in India 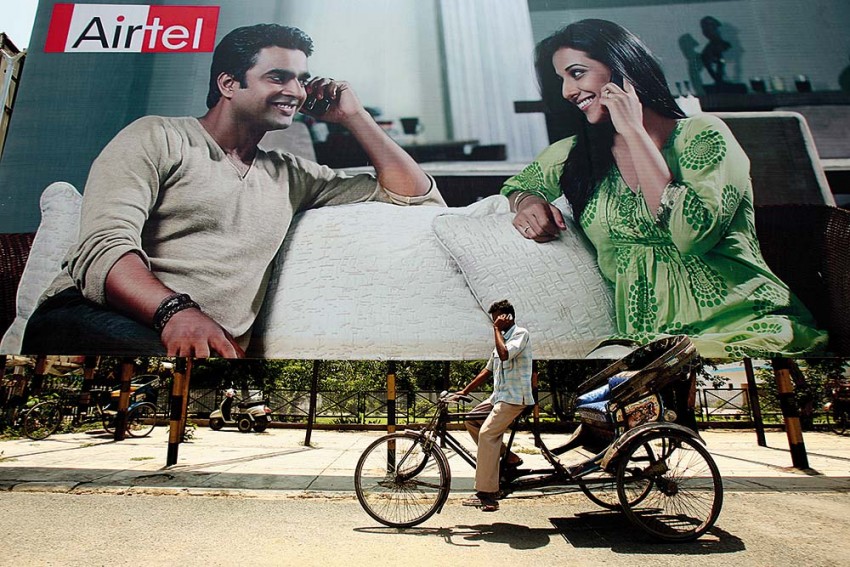 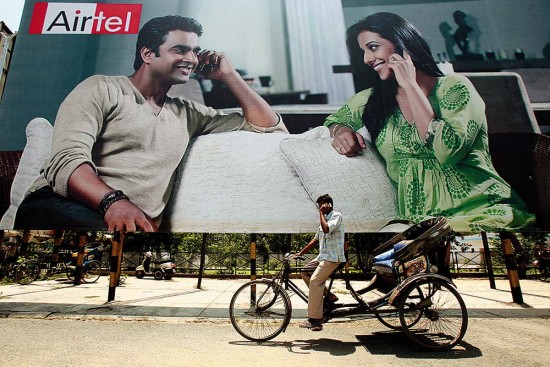 The October-December quarter is a festive period that offers big opportunities to both sellers and buyers. Companies seek to increase revenues and profits through higher volumes. Consumers look for hefty discounts and attractive deals. This wasn’t true, however, for the telecom sector this time. Saddled with huge dues due to a recent Supreme Court order, telecom players stare at a financial abyss that can cripple or bankrupt them. Mobile users can forget about the good old days when they were hooked to free or low-cost calls, text and data. The four major telecom firms—Airtel, Vodafone-Idea, Reliance Jio and the state-owned BSNL—will hike tariffs this December. They did it in 2018 too, but the increases this time will be higher.

Outlook learns that prices for voice and data may go up 10-25 per cent, though some reports suggest hikes as steep as 67 per cent for voice calls. In essence, it will unleash a transformation within the mobile segment. Companies will change their business models, while subscribers will have to change their usage patterns. It’s a matter of survival—one company is likely to declare insolvency if it is forced to pay past dues, another may be semi-paralysed, and a third may go from bad to worse. The fourth will ­remain unaffected—as the last entrant, its dues are minimal.

Saddled with huge losses—Vodafone-Idea’s Rs 51,000 crore and Airtel’s Rs 23,000 crore—and even higher debts (Rs 1.02 trillion and Rs 1.18 trillion, ­respectively), the telecom companies (telcos) have no option but to shore up incomes, and margins. “We will suitably increase our tariffs from December 1,” says a Vodafone-Idea representative. “Mobile data charges are by far the cheapest in India.” Analysis of the various tariff plans in India reveals that the lowest price for data is Rs 1.75/GB. According to a study by the UK-based cable.co.uk, the global average for mobile data is Rs 600/GB—more than 32 times the Indian figure. Rates in the UK and the US are 25 and 47 times higher, respectively. 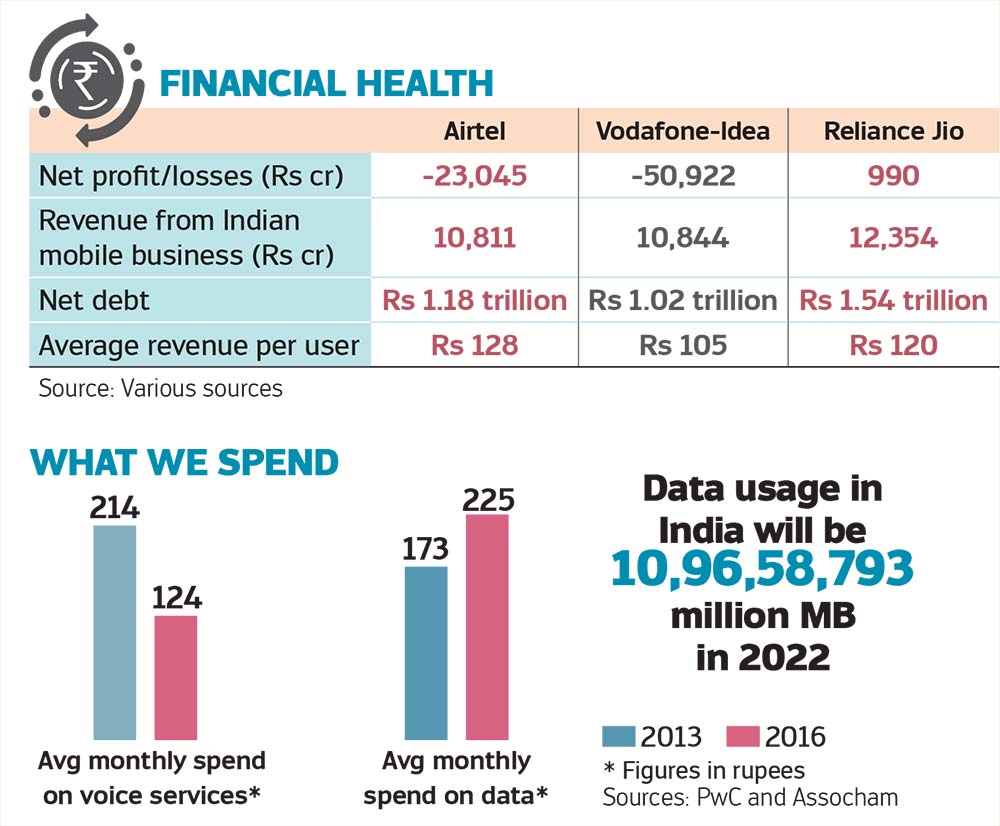 Add to the above woes future investment commitments that are imperative. One, Vodafone-Idea and Airtel have to pay a cumulative Rs 83,000 crore as past dues, as per the Supreme Court order, by January 24, 2020. The government gave them a two-year moratorium to postpone the annual payments for this and next year. But this will only provide temporary relief and, according to the cellular operators, postpone the inevitable by 24 months. Two, the telcos need huge sums in their kitties to successfully bid for the forthcoming 5G auctions to ­remain in the mobile game.

Users can forget about the good old days of being hooked to low-cost calls, texts and data.

Finally, as users regularly complain, the quality of services is abysmal. To “ensure that its customers continue to enjoy world-class digital experiences”, as aptly put by the Vodafone-Idea ­representative, fresh investments are required in infrastructure. “Indian mobile tariffs have to go up 5-10 per cent every year,” says Sam Pitroda, ­father of Indian telecom. If this is true, the telcos will need to rejig their ­business models—may be, chase value rather than volumes, as they did in the past two decades. With mobile ­penetration quite deep, this may be the time to focus on profit margins, rather than the top-lines.

Mobile firms, especially Vodafone-Idea and Airtel, also insist on policy changes. The Cellular Operators Association of India (COAI) has urged the government to address the ­anomalies related to the existing ­policy of revenue share, which formed the main contention in the apex court. According to this, telcos need to pay a percentage of their annual revenues as licence fees and spectrum usage charges (SUC).

COAI opposes this on two counts. It contends that SUC has become irrelevant after spectrum auctions, which forces the companies to pay upfront huge sums for the spectrum. Two, the apex court included non-licensed ­revenues such as dividends and capital gains as part of the revenues to calculate the percentages. While the COAI has challenged the court order in a ­review petition, it simultaneously sought relief from the government.

According to Saurav Kumar, a ­lawyer with IndusLaw, either the ­government or the apex court has to correct the situation. The court went through “merits of each sub-point” on how to calculate the adjusted gross revenues (AGR) of the telcos, which forms the basis of the revenue-share regime. Hence, if the COAI’s review petition fails, the government may have to “align the definition of the AGR with the accounting standards”. The telcos want the government to ­dramatically reduce and rationalise the revenue-share percentages to ­calculate the licence fees and SUC. 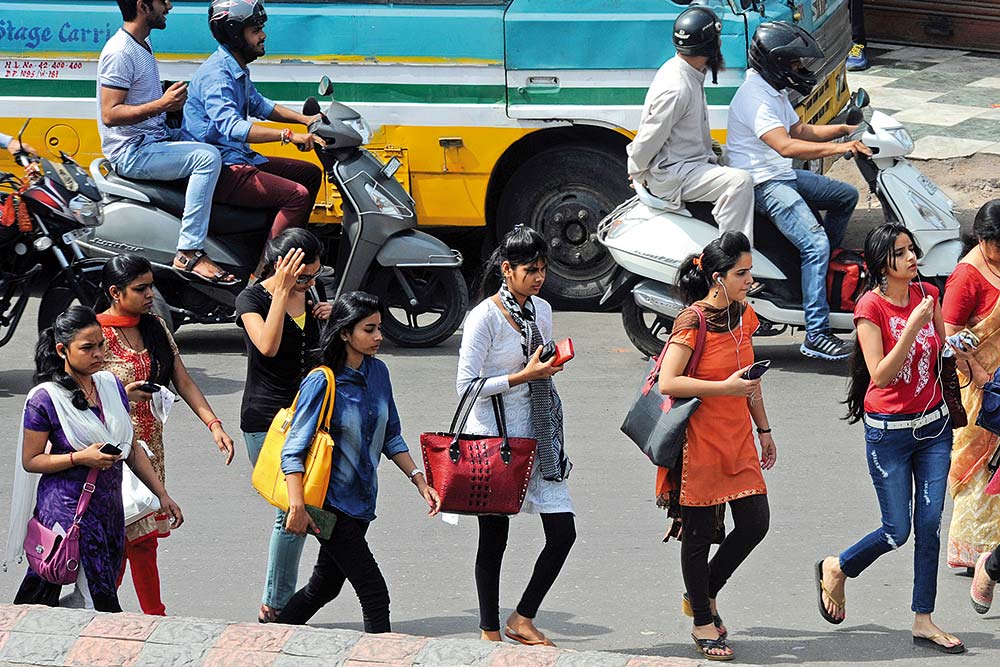 For consumers, there is an additional scare that can impact them immensely. If Vodafone-Idea goes belly-up, if Airtel limps along, and if BSNL ­continues with its downward financial trajectory, the mobile segment may usher in a near-monopoly situation. “As the industry mainly consists of three large players, any pressure or trouble for two players is likely to ­provide an edge to the third,” says Bhagyashree C. Bhati of CARE Ratings. “If two incumbents are pushed out of the business, it will result in almost negligible competition.”

The counter to such arguments is that India is now a mature mobile market. If a firm goes bankrupt, there will be a new buyer to gobble it up. The new insolvency code allows for speedy resolutions, or such takeovers, even if the lenders take huge haircuts. There are precedents for it. If the government has no business to be in business, it has no business to bail out the private players. In addition, the cancellation of 122 ­mobile licences by the 2012 apex court order in the 2G scam case did not trouble the subscribers. The businesses were quickly and efficiently reorganised.

More crucial for the consumers is the impact on their usage patterns. If ­tariffs go up, and keep going up ­regularly, expect several changes—in choosing networks and plans, more ­inter-portability and reduction in data consumption, at least in rural India. More importantly, this will impact India’s digital industry.

Jaijeet Bhattacharya, president of Centre for Digital Economy and Policy Research, says the tariff increase will lower consumption of digital services such as video watching, which would then impact the digital industries in terms of advertisement revenues and other associated revenue flows. “The hike is coming at an inopportune time when the economy is already under stress,” says Bhattacharya. Since data usage and communication are the bloodline of the economy, higher tariffs will have a ripple effect on other industries. Many business models built on the presumption of lower costs of data and communication will need to transform. 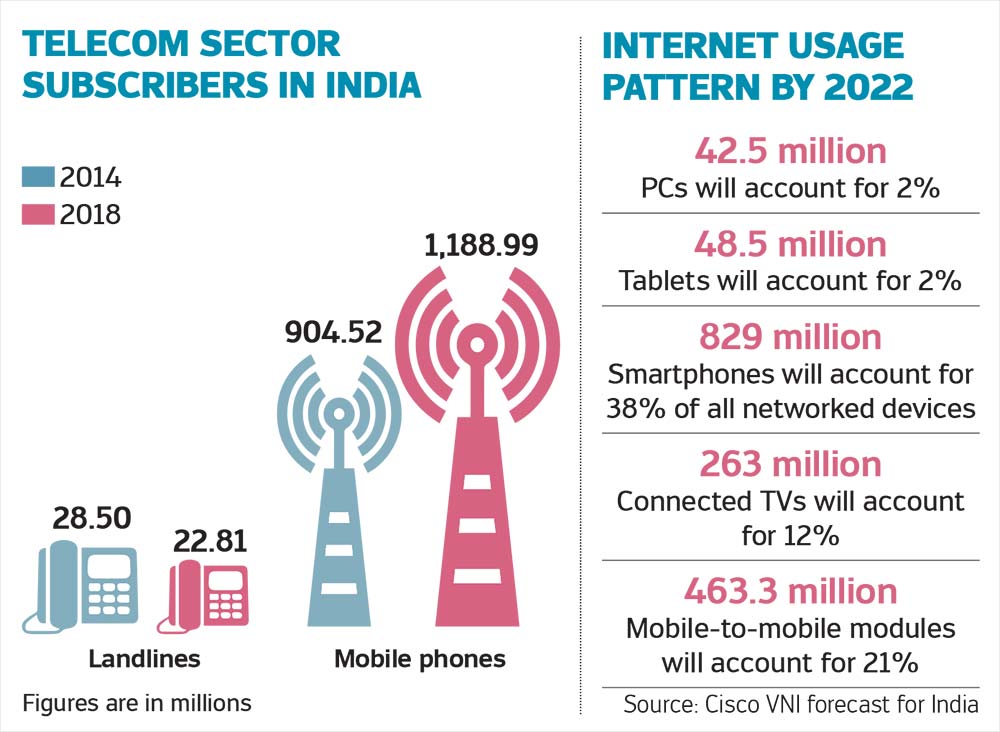 Past calculations on data traffic may go for a six. As per a report by Ericsson, a Swedish firm, mobile data traffic per month in India is expected to increase at a compound annual growth rate of 23 per cent—from 4.6 exabytes (EB) in 2018 to 16 EB by 2024. Total smartphone subscribers will reach 1.1 billion by 2024, and mobile broadband ­subscriptions will grow from 610 million in 2018 to 1.25 billion in 2024. The 2019 Mary Meeker report on internet trends says the annual data usage of Reliance Jio was 17-18 EB in 2018—twice the ­figure for 2017, thanks to low tariffs.

A telecom expert on condition of ­anonymity says rural India has just begun to consume significant data and was rapidly getting connected, thanks to the cheapest traffic in the world. This led to new business ­models. However, with the increase in tariffs, the adoption of data and comm­­UNI­cation in rural India will slow down in a perceptible manner and ­impact livelihoods.

Even consumers who may be willing to pay more for voice and data have crucial questions to ask. Nitin Sharma, a bank employee in Delhi, says India has one of the worst telecom networks. Call drops are increasing and data is becoming slower despite the introduction of 4G. “Why should we pay more for such pathetic services? Companies should improve services before hiking tariffs,” he says. Archit Kashyap, who works with an MNC ­retail outlet, agrees. “The government should have intervened to ensure competition in the market,” he adds.

Notably, the Modi-led government has justified the idea of just two-three players in the telecom sector, calling it a normal phenomenon. This is why it has gone out of the way to help the bleeding telcos without attracting charges of favouritism. The only ­company that stays immune from these crises is the three-year-old Reliance Jio, which didn’t exist during the AGR period.

Established in 2016, Reliance Jio never intended to be a traditional ­telecom company, but always aimed at the digital industry. It acquired stakes in 18 companies from July 2016 to August 2019 across AI, media, entertainment, software, logistics and music streaming. The company ­acq­uired customers by going brisk on ­distribution of SIM cards using just Aadhaar biometric verification, besides free data and voice calls. Across-the-board tariff hikes by all the telcos will shake up its strategies too. In the ­future, expect the top three operators to go different ways. They may devise new and innovative plans to extract more from each subscriber, even at the risk of lower number of subscribers. One of them may become a niche player. But these are in the realm of possibilities and probabilities.