She did not have money to pay her husband’s medical bills and was sent to prison for defaulting on loans, but homemaker Revathi Roy wrestled against the setbacks to found three startups. Her latest, Hey Deedee, is an all-women delivery service. 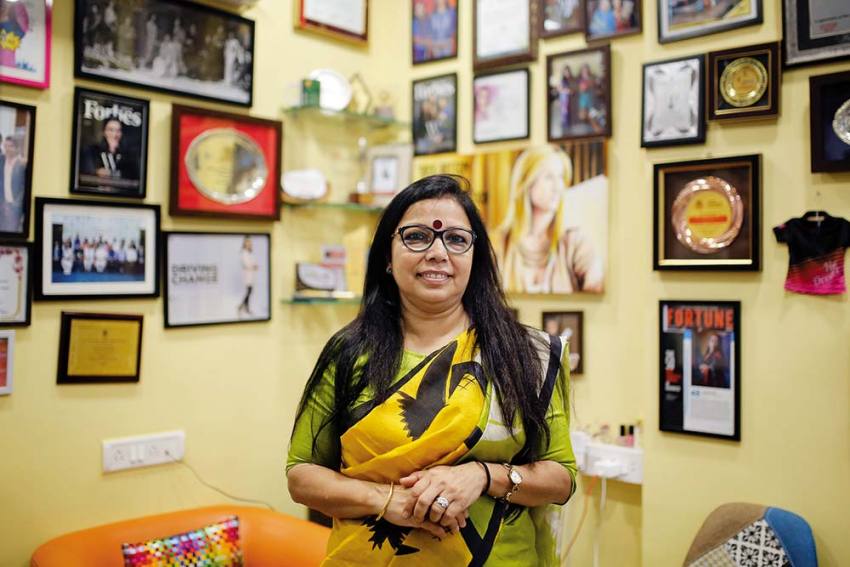 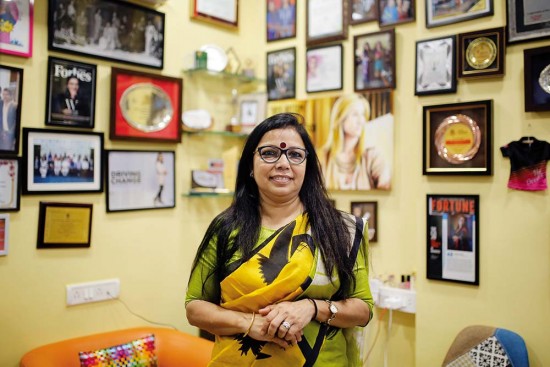 ‘Rock bottom became the solid foundation on which I rebuilt my life.' The JK Rowling quote, framed in a glossy poster next to accidental entrepreneur Revathy Roy's desk, pithily sums up her tumultuous journey.

She was living a comfortable life with her family and three children in an apartment on Breach Candy road, Mumbai, when her husband had a cardiac arrest. He remained in coma for the next 30 months, until his death in 2007. He did not have insurance and the bills mounted, but she could not even access their bank accounts as she required his signature to withdraw from the joint holdings. And then, things got even worse—Roy was imprisoned for three months after defaulting on loans she had taken for her husband’s treatment.

At rock bottom, she thought of monetising her passion—driving. A motor rally enthusiast, Roy has lost just five of the scores of races she participated in. She asked for a taxi slot at the Mumbai airport and started ferrying female commuters. But did she become a taxi driver with an entrepreneurial end-point in mind? “Not at all,” she responds. “I started driving because I was in need [of money]. But I guess when you are doing something on your own, you become an entrepreneur. The word may have been attached to me later, but the fact was I was one.”

Soon, she officially made inroads into entrepreneurship: “After I began driving, I realised it could be a good business model. But if I had to make money, I could not be the one behind the steering wheel. I was in the car for 14-18 hours and that never gave me the time to plan anything. I then decided to take the back seat and build a company so that I could capitalise on economies of scale.”

The result was Forsche (2007), billed as ‘Asia’s first all-women taxi service’. The media feted it and IL&FS and ORIX invested in the enterprise, which helped Roy expand her fleet from three to 30 taxis. However, in 2009, she exited the endeavour and in 2010, sold her stake. “After the tie-up, things were not going the way I had envisioned. So I did not want to continue,” she explains. By that time, her company had already trained more than 200 female drivers.

In January 2010 came her second venture, Viira Cabs, another all-female taxi service which she started with about 20 vehicles. Two years later, she left the active management of the company to her founding partner Preeti Sharma and pursued other projects. “You cannot have a price war with the ride-hailing app behemoths,” she says. “So I decided to go into the parcel movement and logistics business.”

That led to the genesis of Hey Deedee in March 2016. With a vision of creating the “world's largest last-mile delivery service logistics platform done only by women”, the company first coaches young women seeking to join the male-dominated industry. In the 45-90-day training programme, they learn driving (including on a simulator), traffic rules, self-defence and how to acquire a license. The programme costs Rs 12,500 for two-wheelers and Rs 20,500 for four-wheelers, but the trainees only have to pay Rs 1,500 and Rs 2,500 respectively—the remaining amount is sponsored through CSR funds. Hey Deedee promises 100 per cent placement. It also provides Rs 65,000 in soft loans to help them buy a scooter and accident insurance of Rs 1 lakh.

Each driver averages 30-35 deliveries a day—with many reaching up to 60—for companies such as Amazon, Ecomm Express and Shophop among others as well as individuals. They are paid on a per-delivery basis. “We motivate women to stand on their own feet. Every girl who has worked here has become financially independent and transformed her life,” gushes Revathi.

What are her future plans? “I want to expand Hey Deedee to 100 cities and train 10,000 drivers.” And her strategy for success? “There is no textbook formula. I have worked largely through trial and error, figuring out things as I go. If you make a plan, I don’t think it always works. But I feel it’s extremely important to be patient and let things take their time.” The pace at which the company is growing, though, it might not take much time for a woman with the vibrant pink logo of Hey Deedee emblazoned on her black shirt to show up with a package at your doorstep too.