No Data To Justify, Is Zero Budget Natural Farming A Flawed Concept?

Experts say Zero Budget Natural Farming defies logic that it will involve no financial cost. Imbalance between yield and price could even lead to food shortage in future 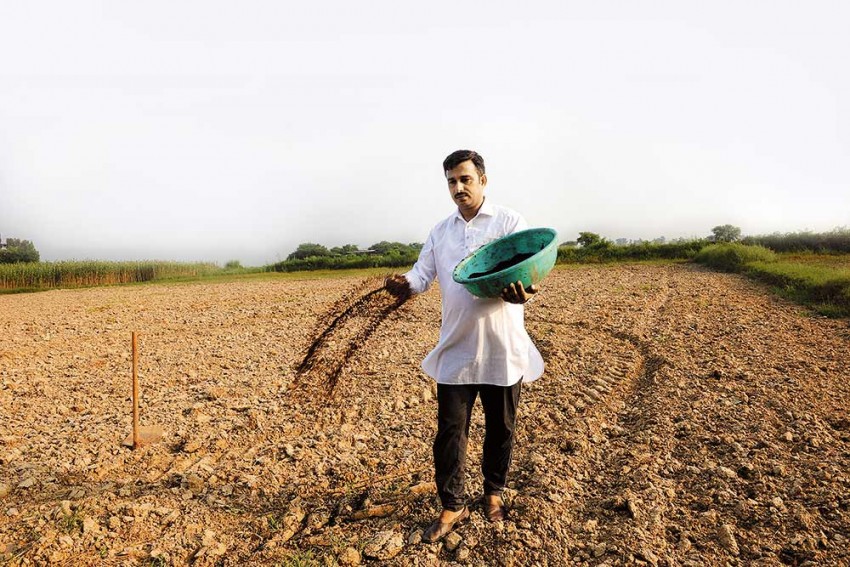 Sow Shall He Reap
Farmer Arun Dagar of Najafgarh, Delhi, switched to organic farming in 2013 and is happy with it
Photograph by Jitender Gupta
Lola Nayar October 11, 2019 00:00 IST No Data To Justify, Is Zero Budget Natural Farming A Flawed Concept? 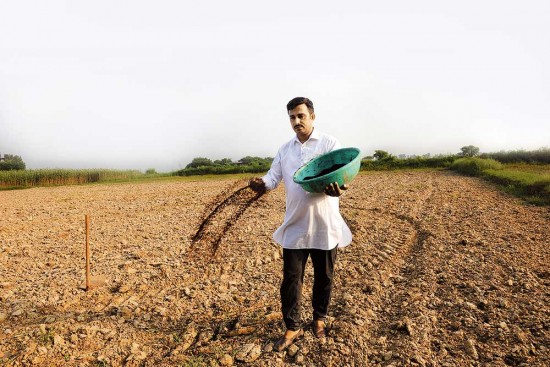 First, it’s a misnomer. There is no such thing as zero-budget natural farming (ZBNF), although its the next big government push in the farm sector. What has been plied around as chemical-free, org­anic farming cohabits with the “back-to-basics” approach of some Indian agiculturists. This system involves using dung and urine of cows, jaggery, pulses-flour and neem as fertiliser and insecticide. Then again, only dung/urine of cows of Indian breeds will produce des­ired results, they say.

Several agriculture scientists have expressed fears that any push towards ZBNF would affect food productivity, but the Union government is keen on pursuing this concept. Finance minister Nirmala Sitharaman had mentioned it in her budget speech, saying India needs to go “back to basics” of ZBNF, which had been tried in several states. However, some of its practitioners point out the problem with ZBNF’s definition. “It cannot be zero budget as there is cost of labour, seeds, maintaining 20 Gir or other local cows, producing neem manure and spray against pests,” says Dilip Ramdas Patil of Dhule in Maharastra who switched to ZBNF on his six-acre farm in 2003.

He says the input cost may be substantially less—a farmer saves on chemical fertilisers and pesticides—and can get around 20 per cent more than the market price for the produce, which is deemed “healthier”. Through a tie-up with Samruddhi Organic Farm in Pune, Patil is assured of a good price without having to go to the mandi. But a big challenge for farmers like Patil is the lack of irrigable water, which forced him to sell some of his cattle this year. His choice of what to sow—wheat, bajra or chili—depends on the yield and better returns. He has seen many fellow farmers give into the lure of BT cotton.

The concept suits enthusiasts of natural farming. On the outskirts of Delhi in Dichoankala village, Nazafgarh, Rajesh Shokeen switched to natural three years ago. Having witnessed no drop in output on his partly leased 7.5 acres, Shokeen has no regrets. “I save Rs 20,000 to Rs 40,000, which I normally had to spend on chemical fertilisers and pesticides. Instead I incur around Rs 1,200 in producing vermicompost and buying waste decomposer, which I acquire from the National Centre for Organic Farming in Ghaziabad,” he says.

He made the switch after watching a YouTube promotional and currently uses social media to reach out to prospective buyers for his wheat, potato, spinach and basmati rice. His poor experience in selling cauliflower through the mandi has made him seek direct, discerning buyers willing to pay more for chemical-free produce.

In the process of acquiring cows to meet his manure needs, Shokeen says he is able to sell wheat at Rs 5,000 a quintal as against the government-fixed minimum support price of Rs 1,840. But this year has not been good for him because of scanty rain and poor groundwater quality in his area, which damaged his paddy crop.

Arun Dagar of Malikpur near Nazafgarh too is happy with his decision to pursue organic farming in 2013, though output has improved only in the past two years. “Much depends on water availability,” he says, agreeing with critics that there is “nothing like zero-budget farming” as apart from savings on chemical fertilisers all the other costs remains the same. “What works to our advantage,” he asserts, “is that we are able to feed better quality produce to our family. Though we don’t get a good price at the mandi, given the awareness about chemical-free produce, we have dedicated buyers coming to our fields to buy.”

Agriculture scientists are sceptical. At a recent meeting by the National Academy of Agricultural Sciences (NAAS), fears were expressed by over 50 participants that the push towards natural farming may be retrograde and lead to food shortages in the country, as witnessed before the advent of the Green Revolution in the sixties.

Dr Panjab Singh, president of NAAS, who has sent the conference’s recommendations to the prime minister, says “participants strongly felt it is not possible to have zero-budget farming without adversely impacting food productivity.”  His note to the PM states that “the data point measured during the validation process of the ZBNF…has shown that it is a non-starter for better crop income, though it can be passed off for higher profitability”. It did not lead to higher income per unit area for small, marginal or large farm holdings, he adds.

Agriculture expert Prof Abhijit Sen points out that natural farming “requires a lot of enthusiasm and effort to become sustainable. It is not always cheap in terms of time and effort, as it is based on a whole system such as horticulture and livestock and agriculture produce with each weaving into the other”. He says livestock is integral to the concept as a lot of input has to be provided through them. He underscores similar novel efforts in Andhra Pradesh, which has a history of such movements since funding for some of these comes from the World Bank. Agriculture department officials, however, are less convinced. Being conservative they would rather continue with the time-tested formula, Sen states.

Sudhir Panwar, farmer leader and former member of the Uttar Pradesh Planning Commission, points out that till the beginning of the Green Revolution everyone practised organic farming. The switchover came as the yield was inadequate to meet the country’s food needs. “Though many still practice organic farming it is not sustainable, given the growing needs of the country,” he asserts.

Panwar is among those who question the ZBNF concept “as it defies logic” that natural farming would involve no financial costs. “While the concept seems flawed, there is a possibility for organic farmers to earn more than average farmers, given the rising quest for healthy food,” he says.

Agriculture experts maintain that there is no data to prove farmers practising organic or natural farming had better returns. Health concerns may see a few pay more for chemical-free produce. But health aspect has yet to rule the mandi. Panwar, who experiments with natural farming in his family plot, says “yield remains a cause of concern”. That’s the reason why, according to him, despite peoples’ movement in several states, the move towards ecologically safe and healthy food has been slow and has even seen a reversal in Andhra Pradesh.

Perhaps the government needs to promote responsible farming by ensuring farmers are able to get a better price. Or else, scientists’ fears of a food shortage over the years may become a reality.