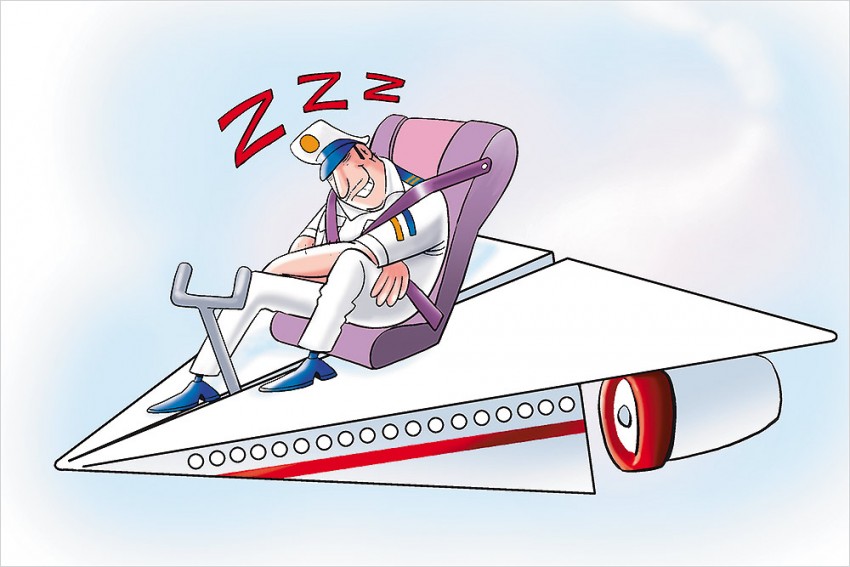 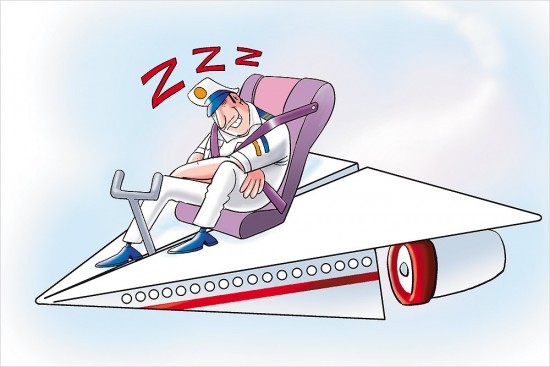 You are sipping your coffee, munching your nuts and enjoying the view of the world’s highest hump from your snug window seat when another jumbo jet cuts right in front of your flight. The close call evidently angers the pilot. He gives the other plane the finger, and ding: “Ladies and gentlemen, this is your captain speaking. If you look out the right you will notice flight 195 challenging us to a race. I have turned the fasten seat belt sign back…enjoy the ride.”

Well, we made that up. Your flights are mostly uneventful, you arrive home safe and sound, and nearly never get to know/feel/see any near hit that your plane might have been involved in. Such events simply go into the aviation records as ‘near misses’ and come out collectively as an RTI reply from the Directorate General of Civil Aviation (DGCA). One such RTI response to Outlook says there were as many as 47 near misses in 2018, the highest ever in Indian skies. That’s a 68 per cent increase in near misses compared to the previous year.

The second highest number was in 2016 when 32 near misses involving 64 planes were reported. The spike in 2018 has alarmed senior officials in the civil aviation ministry, aviation regulator DGCA, and the Airports Authority of India (AAI), which controls air traffic and airports. “If we take an average figure of 150 fliers in each aircraft, passenger capacity of which varies between 125 to 400, the number of lives at risk would be anywhere between 15,000 and 20,000,” says a DGCA source.

The figures sound alarming, more so because of horrific plane crashes around the world that keep pricking our collective conscience and memory—like the recent Ethiopian Airlines accident that killed 157 people. However, Vineet Gulati, member (air navigation services), the AAI, allays fears of fliers. Compared with the global average of 4.43 near misses per 100,000 take-offs and landings, the Indian average is 1.3, he says. “Flying is as safe in India as it is in developed countries.”

A near miss is when two aircraft come so close that their safety is compromised. The safe distance between two planes flying in opposite directions is 40 seconds depending on their speed. Similarly, the vertical distance of 1,000 feet is considered safe. But there is no safe zone as such. When two flights get too close, they are separated by a traffic collision avoidance system (TCAS), a machine that every aircraft has these days. The TCAS alerts pilots of the presence of close proximity traffic, meaning another plane. How it works? Visualise this—a loud mechanical voice in the cockpit tells the pilot to “descend, descend...” A similar voice in another plane jetting from the opposite direction instructs the captain to “ascend,  ascend...” Within seconds, the two aircraft change flight paths and avoid a collision. That’s what the TCAS does.

But this built-in safety system for airprox (short for air proximity) is an emergency approach. The primary res­ponsibility of regulating planes in the sky is with air traffic controllers (ATC). Initial observations suggest they are at fault in the majority of close shaves. In some cases, pilots either ignored the ATC command or misunderstood it. For instance, in one case a pilot was instructed to turn left but he did the opposite and came directly on another aircraft’s path.

Aviation experts say lack of adequate controllers and system upgrade has been the biggest bane. For instance, the new ATC tower, tallest in the country, being built at the Indira Gandhi International Airport in Delhi has missed several deadlines since 2016. “We are going to start a parallel operation of the new ATC tower from April 1,” says Gulati, who admits that 3,173 controllers are available while the sanctioned strength is 3,449. It is hoped that 200 more will be recruited.

Experts associated with aviation are not so optimistic. They believe growing airspace congestion is the reason behind rising near misses. Besides, controllers often work under pressure, handling 20 to 30 aircraft in a country with an annual traffic growth of 14 per cent.  “How much pressure the ATCs and ground inf­rastructure can take?” an official asks. “An overworked controller could misjudge a plane’s position and issue conflicting commands to pilots.” And then there are instances such as a con­troller in Nagpur was absent from her seat for five minutes in January 2018 without handing charge. A colleague—also a controller, but unauthorised to handle area control—volunteered to step in. It resulted in a close shave between two planes—one going from Samshabad to Raipur, the other from Dubai to Singapore. Thankfully the TCAS saved the day. In another case, two planes in Bangalore airspace were just 250 meters apart and had the TCAS not acted on time and diverted them to a safe distance, they would have collided in 15 seconds. Air safety expert S.S. Panesar says most near misses would have led to collisions if the TCAS wasn’t invented.

There are also reports of a controller in Calcutta asking a Saudi Arabian airline’s pilot not to report a near miss on December 15 last year. The pilot refused to entertain the request. The AAI says erring controllers are taken off the roster and sent to simulator training.

It is learnt that aviation secretary Pradeep Singh Kharola had instructed officials to take immediate and necessary steps to ensure air safety, but experts doubt how much the bumbling bureaucracy can deliver. The scepticism stems from attempts to hush-up details about near misses. To put it in perspective, Panesar wonders why data and details of probes by the Aircraft Acci­dent Investi­gation Bureau are not available in the public domain. Because, for fliers, what goes up, must come down and damn well better be able to go back up again.