Kashmir On Trek Minus Tourists

Local adventure-seekers are filling the space, exploring their backyard like never before 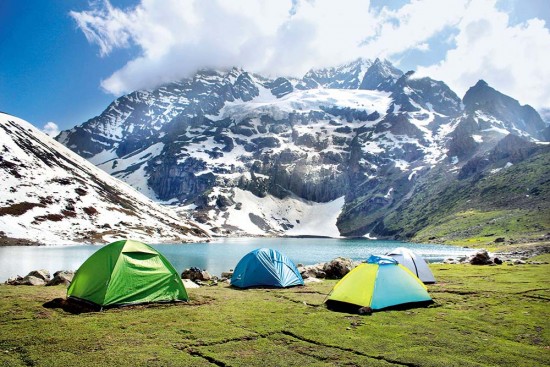 For thrill-seekers, no destination is more alluring than Kashmir’s bowel—that vast, sparsely populated interior dotted with lakes, valleys, forests, mountain treks and tales. It is a land that defies easy explanation, a remote expanse filled with meaning. But this terra firma has been off-limits for most, except spirited Kashmiri adventurers who are discovering their backyard like never before. They take familiar trekking routes: Aru village to Kolahoi pass, Sheshnag lake and Betaab valley in Pahalgam, Gangabal lake and Mt Harmukh. Sequestered in their homes the entire summer, their movement restricted even after the lockdown slowly unlocked in stages, everyone now wants to be elsewhere. But tourists have been away for more than a year—since Article 370 was abrogated in August 2019, the state was sliced into two Union territories and restrictive measures imposed in anticipation of public unrest. Covid and the India-China standoff along the Line of Actual Control closed the door completely.

Popular trekking routes in Kashmir are less than two hours from Srinagar and the city is dotted with offices of tour operators offering guides, porters, and campsites. Most have not had a single client since August 2019 when the government ordered all “outsiders” to leave J&K. This year, according to a senior tourism department official, only 1,000 domestic tourists visited Kashmir. No foreigner, obviously. Britain, Australia, the US, Canada and Germany have advised its citizens to stay off Kashmir. The J&K government has lifted its travel advisory recently, but it had little impact. “Not a single country has lifted/modified its travel advisory to Kashmir,” the tourism official says.