Home  »  Magazine  »  Business  » Private Affair »  Is It Snooping? Invasion Of Privacy? How Companies Are Using Geotagging To Track Employees

Is It Snooping? Invasion Of Privacy? How Companies Are Using Geotagging To Track Employees

Like it or hate it, geotagging is increasingly getting popular among companies curious to track their employees during office hours. It is now a part of HR strategy. 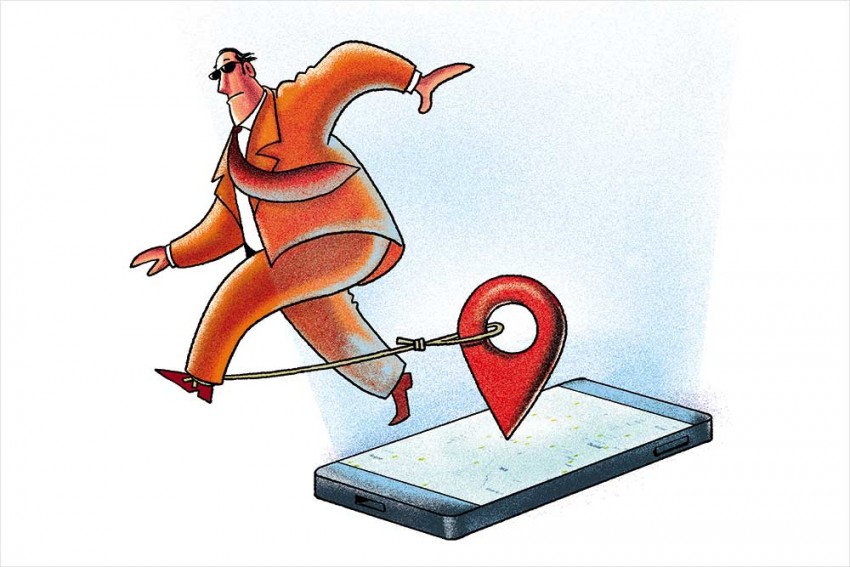 Illustration by Manjul
Jyotika Sood April 30, 2019 00:00 IST Is It Snooping? Invasion Of Privacy? How Companies Are Using Geotagging To Track Employees 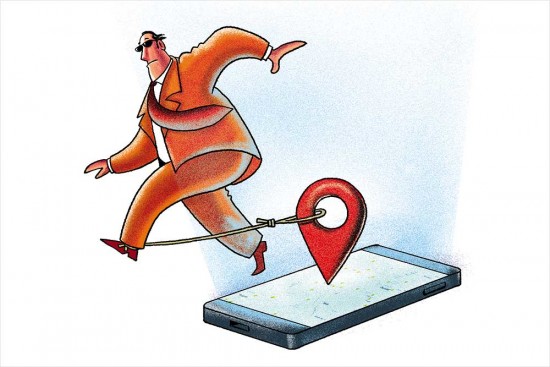 On April Fool’s Day, a leading Indian media house sent a curious mail to its staff: “Starting today, 1st April, we are launching a new Leave and Attendance System for all employees in our Print Business. This system will be available on mobile and will also have a web version.” However, the mail wasn’t a prank. The management described it as a step towards digitisation for convenience as well as to have a tracking system in accordance with the format mandated by the government. The move puzzled employees as they already had fingerprint-based attendance reporting. Besides, there was a catch—they claimed the mobile application would track their GPS coordinates.

“It’s almost snooping!” complained a staff member. “We have been told to download a mobile application and mark attendance through it when we enter the office. The app has access to the phone’s GPS and tracks our movement whenever we log into it. This is an invasion of privacy and we don’t even have a platform to protest.” She questioned whether the government actually needed the reports in a certain format. “It’s an employer’s prerogative after all,” she declares.

The trend of geotagging began with the logistics industry and e-commerce delivery staff. It is now permeating to sales teams and white-collar jobs and has become mandatory for even senior management at many places. In India, organisations such as Bala Vikas (an NGO offering micro-loans to women), One Plus, Mobitech Creations Pvt Ltd and Teamlease are geotagging employees . According to market experts, there is a rise in adoption of this technology by Indian companies as they find it easy to manage employees and their work through it. In fact, most are not even disclosing it to their workforce. Some support the move, stating that employees are ‘property’ of the office during working hours, while others consider it inhuman and raise concerns about privacy and lack of trust.

An HR official from a bank using this feature said on condition of anonymity, “Almost every week, we get one or two complaints about executives being caught red-handed at their homes during working hours. They leave office claiming that they are heading for a client meeting or field visit and go home instead. We used to leave them with a warning as there was no system to track their movement. But with geotagging, things have become easy.” Many companies are using the technology for conveyance reimbursement. Once staff members log in, the GPS maps their travel coordinates. The readings are tallied to calculate the distance and they are accordingly reimbursed. Similarly, many companies providing pick-up and drop services to employees are also using the technology to monitor detours and non-official rides.

“It is difficult for an employee to argue that geotagging invades privacy,” says lawyer Avik Biswas.

Regarding the privacy concerns, legal expert Avik Biswas, a partner at the firm IndusLaw, says, “The basic principle of our prospective data privacy law is that consent is always mandatory. Any entity has to disclose the exact purpose and objective of data collection and the kind of data that is being collected. However, when it comes to an office, the rule is a bit more nuanced as the presumption is that most employees will not disapprove the collection of data by the employer as part of one’s employment terms. That said, it is still difficult for an employee to argue that geotagging is an invasion of privacy if the employer is able to demonstrate that it was directly and intrinsically linked to the employee’s duties and the data was essential to monitor their performance.”

Regardless of the legality, many employees feel uncomfortable with such surveillance. Himanshu Vaish, who works with a Gurgaon-based IT company that geotags his movements, says. “It’s so weird. If your employer doesn’t trust you, what kind of commitment can an employee give? We were not informed about this feature being introduced in our mobile app, but later found out about it. When we protested, we were told to either abide by their mandate or look for other options.” He wondered what his organisation does when the mobile network is patchy, as is often the case, even in cities.

HR-technology solutions provider, Darwinbox, has an alternative for such situations. Chaitanya Peddi, co-founder and product head of Darwinbox, says, “Connectivity is a major challenge for geotagging, especially when people are travelling and don’t have 4G network. To solve this, we have developed a feature which enables employees to geotag themselves even when 3G or 4G is not available. GRPS network is sufficient. This is a gamechanger, especially for sales personnel in rural areas.” Darwinbox is providing HR technology solutions to several companies.

The technology costs between Rs 50 to 200 per employee each month. Organisations now provide geotagging as one of the features of HR solutions packages to clients. These include a gamut of services—selection of a candidate, salary structure, geotagging to track movements during working hours, face-based authentication to avoid proxy attendance etc.

Vijay Yalamanchili, CEO of three-year-old startup Keka, claims that in early 2016, they were the first company in India to provide GPS tracking services. Its clientele includes Saavn, Engineer Babu, Godrej, Honda and Dena Bank. Vijay says that workplaces are replacing traditional fingerprint scanners with facial detection, WiFi-tagging and geotagging. Many organisations don’t disclose this to employees to clandestinely monitor their performance. He believes that such moves do raise concerns regarding employee-employer trust, which he deems important for a healthy working environment. He is against the use of geotagging to micromanage employees and track them during off-hours, which he considers a violation of privacy.

Technology companies, especially startups, are devising solutions that would have been inconceivable a few years ago. “In the coming years, all mundane HR activities will be automated and HR departments will be limited to strategic and human relations aspects of a business. As a result, downsizing in HR can be as much as 50 per cent,” says Vijay.

Neeti Sharma, vice-president of Teamlease, a leading recruitment and online job portal, believes that geotagging is here to stay, more so with the increase in the population of smartphone users. “Many companies which had earlier decided to not use geotagging are now adopting it. The technology is quite useful for businesses with a distributed workforce,” she remarks. Interestingly, while Indian businesses are espousing geotagging, transnational corporations are moving away from it.

Organisations gauge the mood of employees and accordingly implement new systems. Many are introducing local languages and voice-based requests in the HR mobile app interface to improve accessibility and ease of use. With a constant demand for such innovations, the HR technology market in India continues to grow and is expected to be worth around $34 billion by 2021. As more businesses embrace geotagging, it remains to be seen if the measure will promote efficiency or sour employee morale as Big Brother watches upon them.