How technology is altering equations between traditional skills and the market 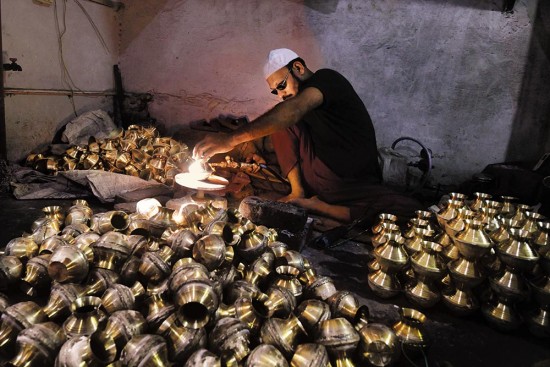 Dilshad Hussain, winner of several national and state awards, now depends mostly on his family members, including his daughters and daughters-in-law, to carry forward the traditional craft of engraving or nakashi and enamel or kathai work that has been slowly disappearing from Moradabad—the town once known as the brass city of Uttar Pradesh and a major export hub. With government support, Hussain has trained several youngsters keen to learn the craft he learnt from his grandfather, and happily mentions that his daughter Ujma Khatoon is also a state award-winner.

“The brass city is now a misnomer,” says Hussain. “As the cost of brass has more than doubled since 2005, aluminum, steel, wood and glass have repla­ced it in most cases. Technology is also advancing very fast and steadily replacing handicraft. For ins­tance, moulding, casting, engraving, scrapping, polishing and finishing are now mostly done by machines, particularly in big units.”