Counting On Hope, How Multiple Crises Have Failed To Break The Bank

Debacles like Yes Bank reveal its weak spots, but the banking system is neither broke nor broken. And it may get better. 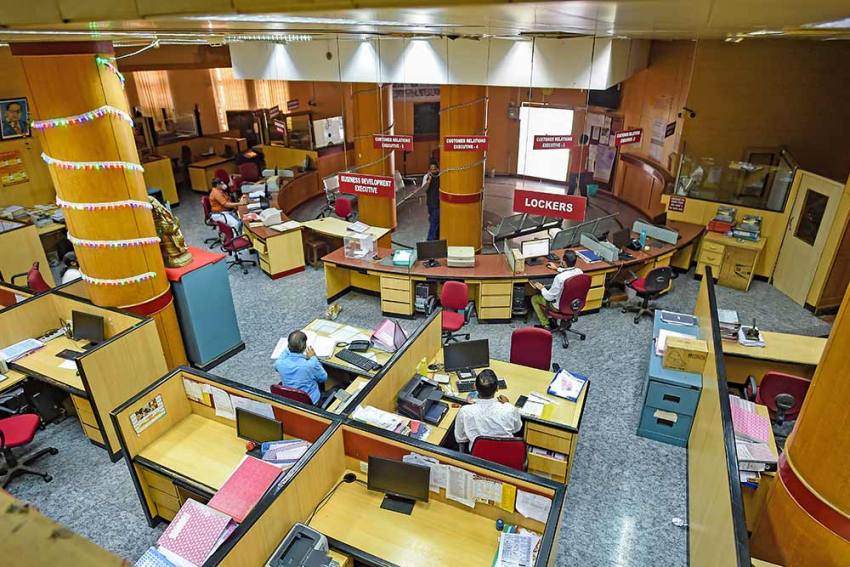 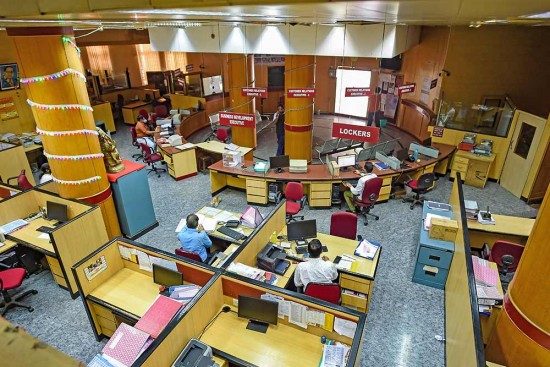 On February 27, NABARD’s chief general manager K.S. Raghupathi wrote, “It is observed that despite the divergence being pointed out in the IRs (inspection reports)...and despite the accounts continuing to remain non-performing at the end of the next financial year, some bank/statutory auditors have not been ensuring proper classification of such assets while finalising the books of accounts as at the end of the next financial year.” This issue of circular divergence in NPA classification was elaborated just a week before the Yes Bank moratorium.

According to NABARD officials, they have become extra cautious since the Punjab and Maharashtra Cooperative Bank debacle. They don’t want a similar episode, and inspection teams are extra vigilant. “As the primary responsibility to contain frauds lies with the concerned bank, we issued a fraud vulnerability index (VINFRA) of banks on February 6,” says a senior official, adding that the 27-point index tries to capture policies and their implementation, control, systems and problem indicators, all of which have bearing on the likelihood of frauds. A score of 41-54 means least vulnerability, while 0-15 indicates high vulnerability.

But can such due diligence help in averting more debacles of the PMC and Yes Bank kind, especially when such information is not in the public domain? More importantly, how does one strengthen public trust in banks? Should people put their money in the banks, or hoard it as cash? The NABARD official says such compliance reports are an internal matter and are always in the notice of the regulator. Making them public could cause market chaos and panic. But then, how can the public trust the banks or the regulator without access to these reports?

“I agree that the IL&FS case could have been handled better and what is happening is taking a toll. But the fact is this clean-up just had to happen,” says a senior finance ministry official. The worry, he adds, is declining savings, which the government has ignored at the cost of growth. Coupled with coronavirus and lockdowns, there is a much bigger crisis India is staring at. India’s gross savings rate dropped from 32.4 per cent in the last fiscal to 30.1 per cent in the current. Households contribute about 60 per cent of the country’s savings. A falling rate could lead to companies borrowing more from overseas markets, weakening India’s external position as it would raise the country’s external debt. With lockdowns and companies announcing pay cuts, the economy is heading towards an uncertain crisis.

“Covid-19 has come at a time when our economy is on a weak footing with the GDP slowdown. But, although the next few quarters look tough, there is no recession in India,” says Siddharth Mehta, Founder & CIO, Bay Capital. Recession refers to negative growth in economic activity for at least two simultaneous quarters, which may happen in the US, whereas what we are seeing in India is just a deceleration of growth. Long-term investors need to keep in mind that India won’t experience recession, and could, in fact, be far better positioned three years later than it is today. Mehta adds that although fiscal room is limited, these are extraordinary times that call for extraordinary measures to protect the downside to the economy.

So where should people invest in these times? According to Rohit Khandelwal, managing director of Moneymatters, given the volatility in the gold and silver market, people wish to sit on cash rather than invest in commodity, shares or real estate. Devan Choksey, managing director of K.R. Choksey Investment Managers Private Limited, says, “I think the RBI and the government are handling the crisis in the banking system very well. I don’t think they will let any investor or depositors suffer. It is a different issue that depositors have had to suffer some anxiety in the case of Yes Bank, but there is no reason for them to lose faith in the banking system or the government, which have been alert in taking timely steps.”

Some corporate lending is needed, because you cannot expect growth without that. “What is worrying about the banking sector is that in the wake of mergers and failures of banks, the number of branches of merged entities are coming down, particularly in the rural areas,” says D.T. Franco, general secretary of the All India Bank Officers Confederation. “As lending rates are quite low, the spread is becoming thinner. So I don’t expect lending rates to come down further.”

Are the government actions adequate to support these banks? As of today, there is nothing to be worried. No bank will be allowed to fail unless they bring in the Financial Sector Development and Regulation (FSDR) Bill, 2019, which has been circulated to a limited number of people. It is being brought in place of the Financial Resolution and Deposit Insurance draft bill, which was withdrawn. The new bill was expected to be presented in Parliament during the current session, but has been delayed because of Yes Bank and other issues.

The proposed bill has a provision that if any bank fails, it will not be bailed out. Instead, a part of the depositors’ money would be appropriated or kept on hold and turned into equity for restoring the banking operations. Currently, the government cannot afford to allow even a small bank to fail. As the RBI governor has stated, the position of Federal Bank is improving. In fact, it is among the better managed banks. What is worrying at this juncture is that NRI remittances to it have actually declined, which may lead to some constraints. But, as far as Federal Bank loans and advances are concerned, there is no cause for concern as they are all very carefully given.

“In face of the deteriorating financial environment, if bank lending starts to get too prudent, then bank customers may start to move to NBFCs (non-banking financial companies) as an alternative,” says Sanjay Sharma, managing director and founder, Aye Finance. “At the same time, it is possible that some of the weaker NBFCs may have to merge with stronger NBFCs or with banks.”

In this crisis, according to Sharma, the NBFCs would be best served if their borrowers stay financially healthy. To enable this, the first step is to allow the NBFCs to offer deferment of their instalments or repayments to help borrowers tide over the peak impact of the challenges. These deferred instalments should not be classified as impaired loans, else the NBFC books themselves will be marred despite having good long-term assets.

Secondly, the government should significantly lower the interest rates of debt markets to improve the net interest margins of new-age NBFCs—this will help them manage the situation better. Thirdly, to facilitate improved transmission of funds to good borrowers, the facility to do online KYC validation through Aadhaar should be immediately reinstated. In such times, it is absolutely important to remove all the friction in the processes to allow focus on good credit assessment instead of routine operational items.