Home  »  Magazine  »  Business  » Caste In A New Mould »  Chamar Studio: When A Word Of Abuse Becomes Pride Of The Dalit Community

Chamar Studio: When A Word Of Abuse Becomes Pride Of The Dalit Community

Sudheer Rajbhar's radical concept of establishing Chamar Studio, a designer boutique, is unique. The Dalit community's ability as craftsmen is coming to the fore 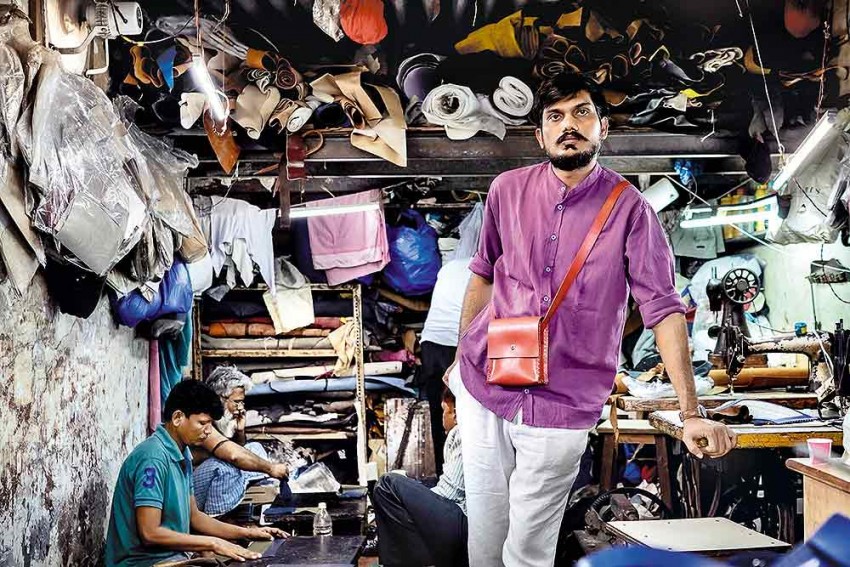 Sudheer Rajbhar with workers at his Vakola workshop
Photograph By Apoorva Salkade
Lachmi Deb Roy December 05, 2019 00:00 IST Chamar Studio: When A Word Of Abuse Becomes Pride Of The Dalit Community 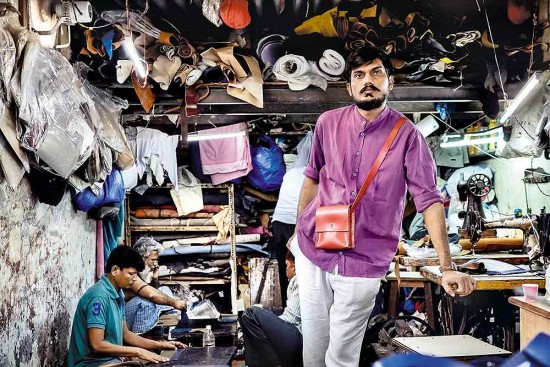 Sudheer Rajbhar’s beige tote bags are as fancy as they come. However, what sets his apart from the scores of totes you see in a SoBo gallery or Hauz Khas Village boutique is the word chamar inscribed on them in a dozen languages. Chamars are a community outside the pale of the Hindu caste system, who tradition­ally worked in the leather and tanning industries. It has been used as a word of abuse, a practice the Supreme Court deems offensive and punishable. But Sudheer’s reference to the term is far from pejorative; in fact, he wants to reclaim it as an epithet of pride—a symbol of the skill and artistry of the community.

Sudheer is the founder of Chamar Studio, a designer boutique which melds business with sustainability and Dalit pride. Born and brought up in the slums of Mumbai, Sudheer studied art in the city, but has no formal training in design. The studio’s artisans give a new lease of life to discar­ded rubber and other waste by recycling these as bags, belts, shoes and jackets. At its 80-sqft workshop, located on the first floor of a shabby building in Vakola, some designers are picking up new techniques, while others are deftly shaping scraps of tyres, cottons and latex into buckles, straps and pockets. 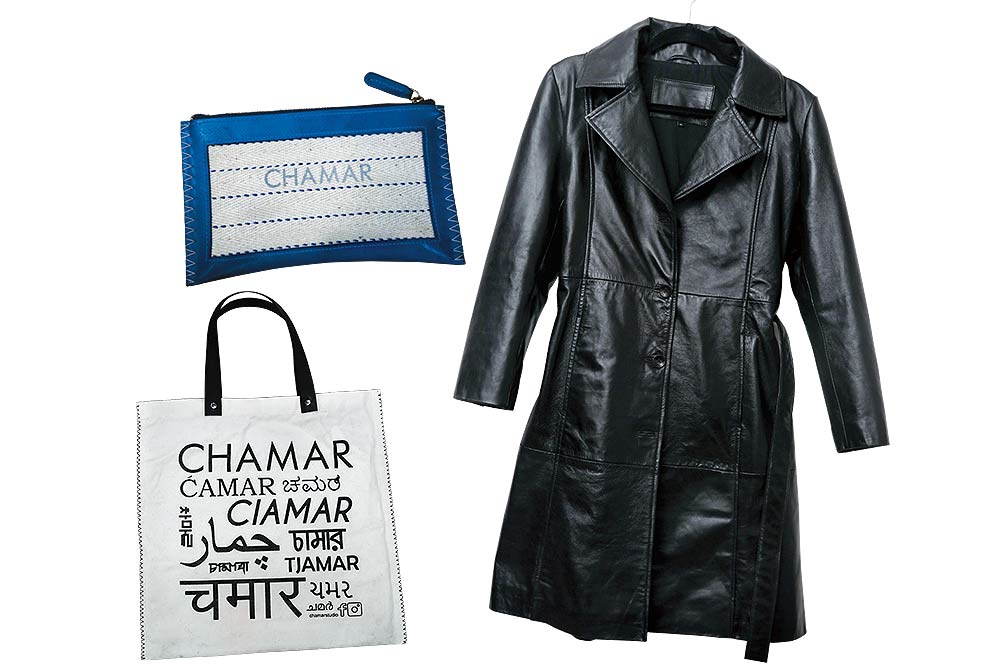 “The longstanding tradition of working with leather came to a standstill due to the beef ban in 2015, making it difficult for community members to procure and use the animal skins on which their livelihood depended,” says Sudheer. This prompted him to make the most of the skills and experience of the craftsmen, albeit with alternative raw materials. “We have been ostracised for ages, so I aimed to bring together members of the Chamar community and form a studio that would celebrate our art,” he says.

Regarding his decision to recycle urban and industrial detritus using the experimental innovation of artisans, he says, “Recycled material is an essential anchor of this project. We do not use it just for ecological benefit—­rather, it follows a tradition where scarcity has given rise to innovation and conceptual ­reassessment of design and objects. Instead of depending on the neo-­liberal greed for objects, production from waste limits the quantity produced, but not the quality.” 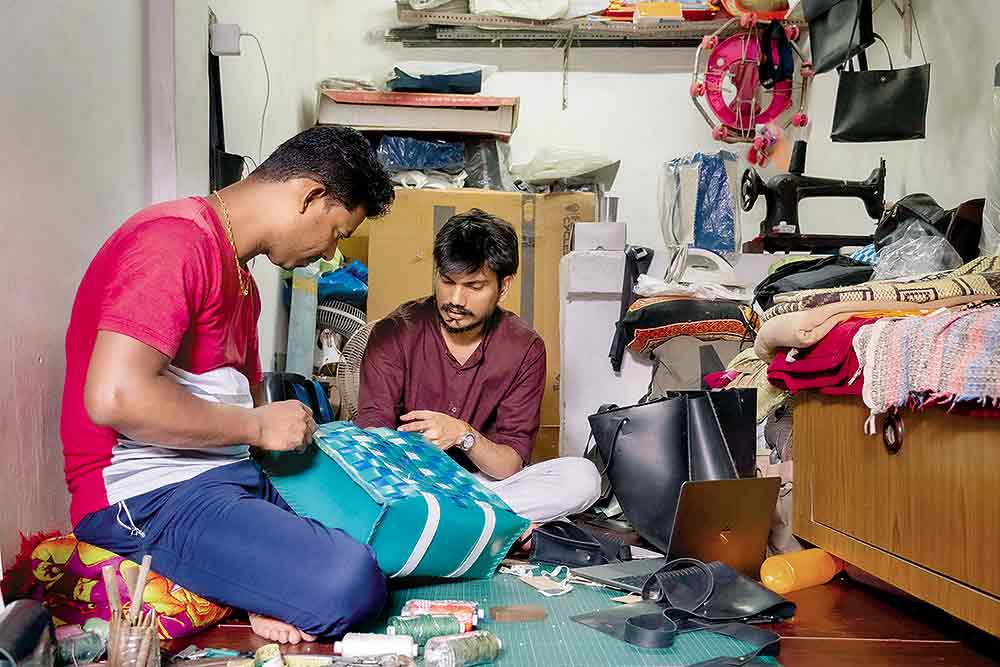 Sudheer wants to reintegrate conceptual thinking into what is described as folk art, industrial art or handicrafts. The project regards artisans as artists and does not slot them under the nomenclatures of folk or industrial art. Rather, it allows the artist complete conceptual and formal freedom in experimentation and production.

Decolonising the crafts and status of artisans in our society is essential for the emergence of a subaltern aesthetic. Sudheer pursues an aesthetic devoid of the burden of formal art education or the influences of globally popular elitist product design. The project unleashes a counter-current of creativity drawn from the act of working with one’s hands and traditional wisdom passed down through generations. It seeks to challenge the disservice handicraft promotion boards have done to traditional arts by replicating set formats and streamlining traditions of production and visual thought arbitrarily across India. 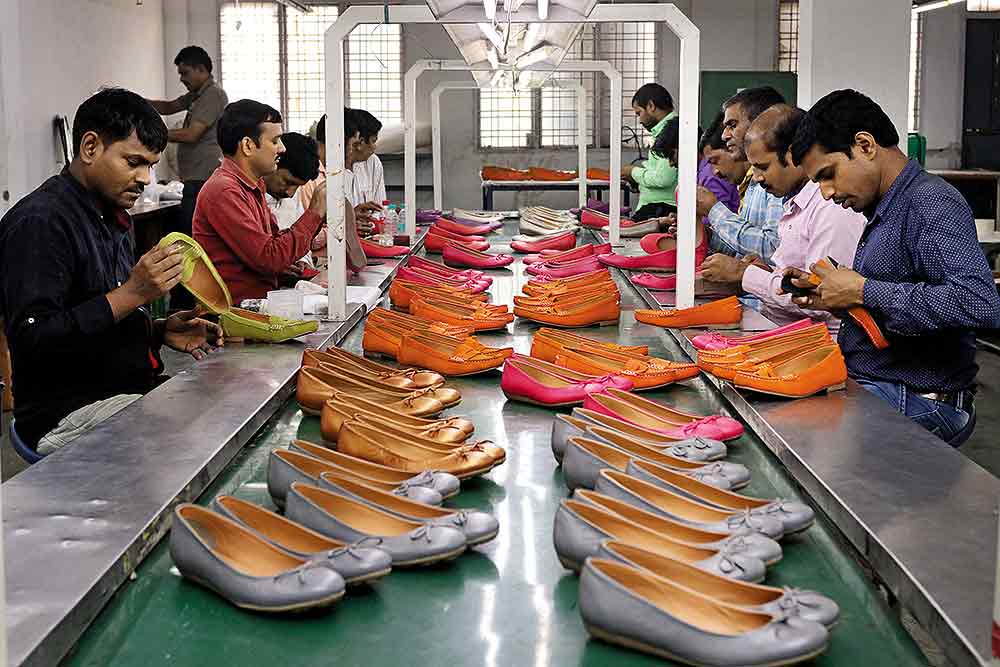 A factory owned and run by Dalits in Gurgaon

Sudheer aims to make Chamar Studio a luxury brand. “The circulation of these products among people of different castes and classes not only supports the community but also gives them visibility,” he declares. “It is a first step to promote conversations on an issue that is seldom addressed in India as well as abroad.”

Sachin Bhimsakhare, a Chamar designer from Mumbai, began collaborating with the studio four years ago, when he did a show with Sudheer at the Kala Ghoda Festival in Mumbai. In the morning, he works as a sweeper supervisor with the ­Brihanmumbai Municipal Corporation (BMC). After lunch, he pursues his passion for making bags. “The municipality demolished my shop. I had to rebuild it all over again,” he says. “We mainly use rubber. I first have to melt it and turn it into a powder before I start making bags. We try to ensure unique and affordable products—the price ranges from Rs 700 to Rs 9,000.”

Sunil Netke, a Dalit craftsman who has a 250-sqft workshop in Dharavi, ­became associated with the studio two years ago. The 64-year-old makes lea­ther bags. “I learnt the art of making bags and belts from my ­father, Shahdev Netke. He has been in the business for the past 40 years—he shifted to Dharavi in 1974, when he was hardly 10-12 years old,” says Netke. 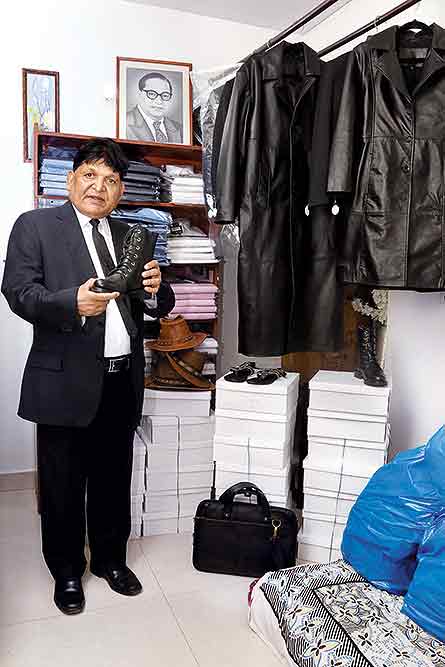 “I approach diverse artisans, whether a cobbler on a pavement or a shoeshiner on a railway platform, for my Blue Collar Project,” says Sudheer. “Blue is symbolic of the movement started by Ambedkar. It is the colour of hope, change and social justice. Through this project, we would like to form a union of workers belonging to the Dalit community.”

“With this project, anybody from the community can set up shops anywhere,” says Sachin. “The idea of the project is nomadic. One can work from their homes, small shops or the railway station. Sometimes, we also meet and work together.”

Before founding Chamar Studio, Sudheer painted ‘chamar’ in bold letters on cotton bags. “When I used to carry this bag, people used to come to me to ask the meaning of it,” says Rajbhar. “People from the Chamar community bought the bag because they were proud of their identity.” He is now working on a project bringing together India’s foremost fashion designers—­Sabyasachi, Rahul Mishra, Abu Jani Sandeep Khosla and Gaurav Gupta among others—with craftspersons from the Chamar guild to produce a capsule collection for his Chamar Foundation. 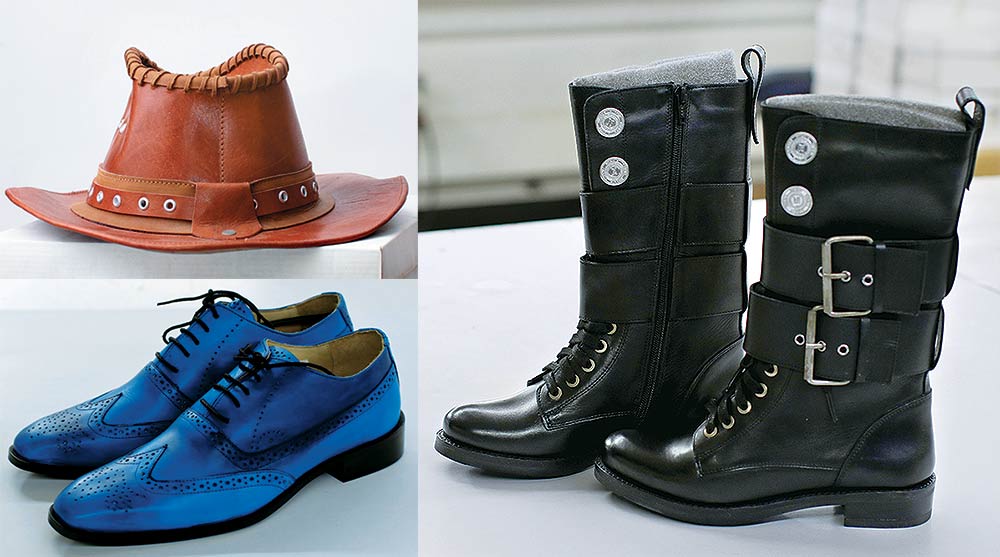 Another such entrepreneur is Chandra Bhan Prasad Prasad who runs bydalits.com, an e-commerce portal retailing products manufactured by Dalits. It stocks apparel for men and women as well as accessories such as belts, wallets and bags. “Buy and sell Dalit products, promote Dalit brands, create Dalit wealth, destroy the caste hegemony,” declares the website. Chandra Bhan touts it as a “Dalit brand and wealth building movement”.

At his house in east Delhi, there is a portrait of Ambedkar in his living room presiding over cartons, from which he carefully takes out cowboy hats, leather jackets, boots, sandals, denims and shirts. “Some 30 lakh Dalit officers in the government earn about $50 billion annually. The idea is to circulate as much money as possible within the community. Dalit manufacturers are being motivated to build their brands and people from the community are expected to buy Dalit-made products. The website is a bridge between Dalit manufacturers and buyers.”

The portal also serves as an antidote to caste prohibitions against Dalits sporting new clothes. Even today, a well-dressed Dalit can be cause for consternation—in August this year, the district magistrate of Ballia’s comments on the “expensive clothes” of a Dalit politician caused a huge furore.  “Society cheers Dalits who are ill-dressed, fears Dalits who are well-dressed,” says Chandra Bhan. “Since caste Hindu society has been re-dressing itself after 2014, it is time that Dalits played mind games and demoralised caste Hindus.”