Over 60% of Motor Vehicles In India Are Uninsured

Over 60 per cent vehicles on Indian roads have no insurance ­cover. An accident can blow a hole in your pocket. 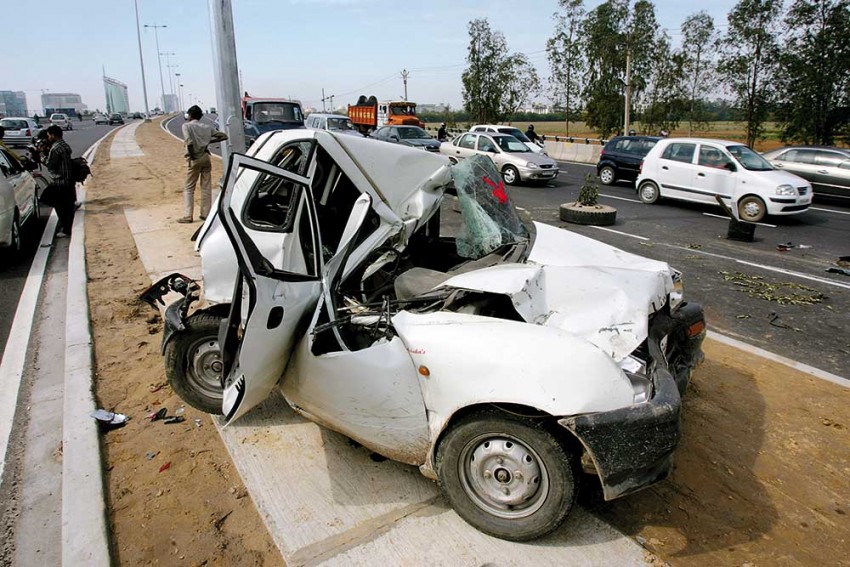 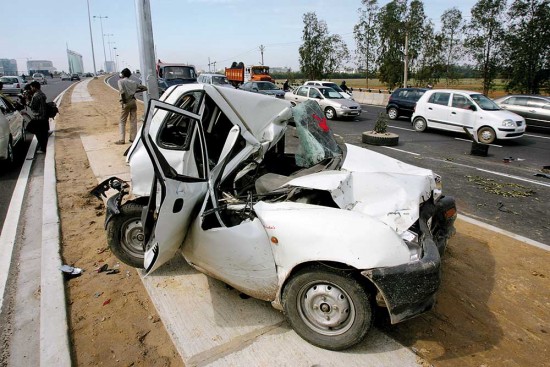 It was the winter of 2017 and Rahul (name changed) was driving home from office on his regular Gurgaon-Delhi route. He claimed to be riding at a speed of 60-70 km/hour when suddenly a person on a Sco­oty, with earphones and without a helmet, collided head on with his bike. The inj­ured Scooty rider was rushed to hospital but he succumbed to injuries a week later.

The incident left a deep impact on Rahul, not just psychologically but also financially. Rahul had not renewed the motor insurance of his bike and as a result he was asked to pay up Rs 10 lakh as compensation to the victim’s family, fixed by the Motor Accident Claim Tribunal; Rahul had to avail a personal loan to pay the amount. Since 2017, he has been paying a monthly installment of Rs 21,867 till the loan is repaid. Rahul rues, “I really wished I hadn’t ignored renewing my bike insurance. It was matter of just Rs 1,200 that too to be paid once a year. And here I am now, paying 20 times the amount virtually half of my salary.”

Rahul is not alone. Data from the General Insurance Council and other market players show that over 60% of motor veh­icles in India are uninsured. This comprises mainly commercial vehicles and two-wheelers. Government data available till March 31, 2015, shows that there were over 21 crore registered motor vehicles in India.

India’s road statistics presents a grim picture. According to the Ministry of Road Transport and Highways, the country saw 4.65 lakh road accidents in 2017. Nearly 1.5 lakh people were killed in these accidents, which also left 4.70 lakh inj­ured. These translates into 405 deaths and 1,290 injuries each day from 1,274 accidents. This also means that 16 people are killed and another 53 are injured every hour on Indian roads. Considering that these are the officially reported accidents, there could be a fair number that go unreported across the country.

It is mandatory for all vehicles on the road to have third-party ­insurance, but many skip it deliberately.

Even though it is mandatory for all vehicles to have a third party insurance cover under the Motor Vehicle Act, most of the people deliberately seem to skip it. This is largely due to leniency of enforcement agencies like traffic police and Regional Transport Office. “We believe most of the customers just forget to renew their policies.  The ren­ewal rate is particularly low in two-wheeler policies, the premium amount being much smaller compared to four-wheelers,” says R. Kannan of IFFCO Tokio General Ins­urance Company Ltd.

A motor insurance comprises two parts­—own damage (OD) covering damages to the insured vehicle, and third party (TP) for the person or property to which the insured vehicle causes damage.  In both cases, the insu­rance company pays for the damage. The TP premium is fixed every year by sector watchdog, Insurance Regulatory and Development Authority and it’s the same across the board. The insurance companies decide the OD component.

Constable Urendra Kumar of Delhi Police says, “Commercial and government vehicles are the biggest offenders when it comes to both insurance and accidents. You would find thousands of cases where people haven’t got their vehicles insured. Insurance at least gives a fina­ncial support to the victims of the accidents.” He says absence of insu­rance is an offence.

Taking note of the rise in road accidents in the country and the callous attitude of drivers in India, the transport ministry, goaded by the Supreme Court, decided to increase the mandatory insurance cover. At present TP insurance for private cars/four-wheelers for third party is three years while for two-wheelers it’s five years. OD would depend on the type of vehicle and its age.

Insurance companies usually start sending reminders—in the form of calls, SMS’ and emails—to customers a couple of months before the policy would lapse and this aggressive marketing is often seen as ‘harassment’ by the vehicle-owners. But the harassment also has a price tag. A motor insurance agent of ICICI Lombard says on the condition of anonymity that policies with small premia are not worth following up too much. “A commission agent gets around Rs 100-Rs 150 for an insurance of Rs 1,000, why would we harass people for such a small amount.” He says people tend to think they don’t need insurance for travelling small distances, like home to office or the market. In the case of old vehicles, people don’t take insurance part seriously bec­ause they lose interest in the maintenance and upkeep of the vehicle.

Vehicle-owners have their own reasons for not buying or renewing policies. Ankit Mishra, a resident of Noida,  says insurance cover under OD doesn’t cover several things. “If my Tata Tiago is damaged in an accident and I take it to a showroom for repair, the bill could be around Rs 50,000 but the insurance company would give say around Rs 40,000 only. So what is the use of OD insurance? I can get the repair in almost one-fourth the price from the open market,” he adds.

Kannan of IFFCO Tokkio clarifies that there are certain deductions in a standard motor insurance policy such as depreciation which a policyholder should be aware of at the time of buying the policy. The ded­uction towards depreciation is particularly high for rubber and plastic parts at 50%, while for fibreglass components it is 30%. The rate is lower for metallic parts. He, however, adds that nowadays customers can avoid such deductions by opting for an add-on cover known as ‘Zero dep cover”. With such a cover, a customer can get reimbursed for full cost of parts replaced.

So next time you take out your vehicle, make sure it’s insured.