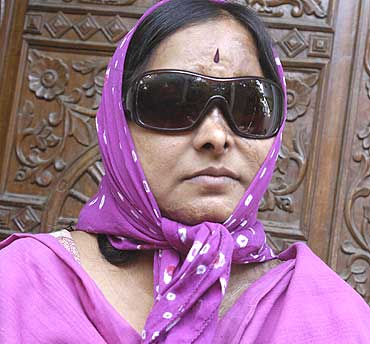 On December 13, 2008, an acid attack on two female engineering students in Warangal sent shockwaves across the state. One of the students finally died of acid burns in a Hyderabad hospital on December 30. Her friend, T. Praneetha, survived but is still to get over the shock. The case was compounded by a police goof-up in the beginning, and later, as if to make up for it, the three accused young men were gunned down in an 'encounter' outside town within hours of being arrested. The vigilante style killing even made the resident top cop a hero for a while. 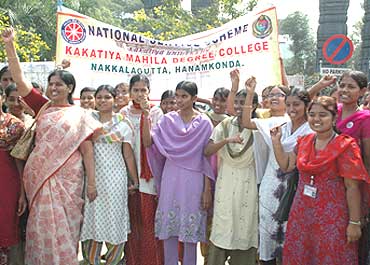 Now, six months after Warangal, a spate of acid attacks in Guntur district has once again brought the issue on to the front pages. The district has seen five attacks in the last fortnight. The Andhra Pradesh government is now considering a legislation on the lines of a draft bill proposed by the Centre on acid attackers. "We are sending recommendations to the Union government on the proposed draft bill," state home minister Sabitha Reddy told Outlook. The bill proposes to amend Section 326 of the IPC with inclusion of a sub-clause which will ensure a minimum punishment of seven years. The present Section 326, which deals with causing grievous injury, lacks the provision and does not specify a minimum punishment.

Another suggestion pertains to the trial of the guilty. The state wants the cases to be tried in a sessions court (rather than before a metropolitan magistrate) and with inclusion of a clause under the Indian Evidence Act, so that the burden of proving innocence is on the accused. The home minister says that "along with speedy trial, the state has also suggested that victims of acid attacks be paid compensation by the accused for treatment. As it is, the costs incurred in treating acid burns is too high...." She also wants the "perpetrators", mostly youth or students, to be immediately rusticated from their respective institutions for not less than three years.