Regional players rule in our most fragmented elections ever. Which alliance has got it right? 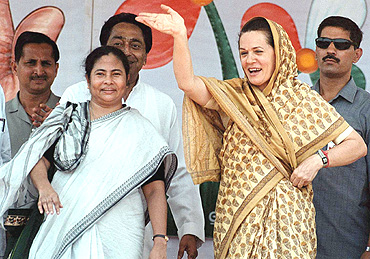 For those who have lived through 1977, 1989 or even 1996, 2009 lacks the resonance of those three historic milestones. In 1977, the Opposition—including the Jana Sangh, the BJP’s predecessor—came together under the banner of the Janata Party to end the authoritarian rule symbolised by the Emergency. In 1989, the National Front—backed by the BJP and the Left—emerged out of a national anger against corruption in high places. Both were anti-Congress formations. But 1996 was different: the United Front came into being after the elections, and what united the parties was a commitment to secularism. Indeed, one of the striking moments of ’96 came when independent MP G.G. Swell, who had initially agreed to back a BJP-led government at the Centre, ended up delivering a 45-minute speech on his right to eat beef, denouncing the BJP as intolerant of the customs of other faiths.

All three ‘Third Front’ experiments may have failed, but they were all initially powered by hope. The buzzwords of those years, sampoorna kranti, social justice and secularism, essentially promising change, a more equitable society, and communal harmony.