Call it an 'if-it-ain't-broke-don't-fix-it' budget. A few socialist gestures, a little tweaking, low on big-ticket ideas. 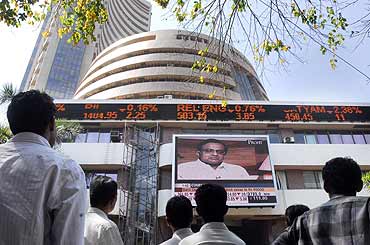 This sums up Chidambaram's Budget-e-aam. Some called it a socialist statement. Average and disappointing are words used by ceos to qualify Chidambaram's sixth, and the UPA's fourth, budget. The speech was prepared with one eye towards 10, Janpath, and the other at the forthcoming state elections in Uttar Pradesh and Gujarat. The FM's third eye, as it were, was focused on Sonia's favourite, the aam aadmi. Explains a senior source close to the finance minister, "It would be foolish for a politician not to be aware of the political side."

Whichever way one looks at PC's budget, the hidden hand of election economics is at play. There's almost nothing for industry, except for the lowering of peak rate of customs duty. The same is true for stockmarkets, with negatives like a hike in dividends distribution tax (DDT). Chidambaram's logic is that since both industry and stockmarkets were on a roll (though the Sensex shed 540 points on budget day), there was no compulsion to give more incentives and sops to them. Sunil Mittal, chairman, Bharti Enterprises, puts it succinctly: "It sends a signal that Corporate India, which has learned to stand on its own feet, should not just look at the budget for growth. The signal is that you guys are doing well, so keep it up."