Brigade That Lit The Fire

As the Jat agitation claims more victims, the Khattar-centred ploy of caste politics has gone awry 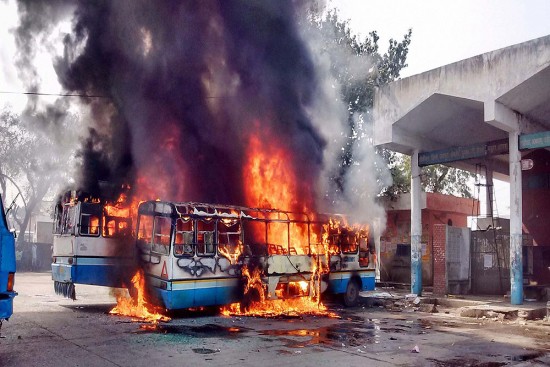 For a man who has become chief minister for the first time, soc­ial engineering is a bite too big to chew. Handpicked by the RSS and the prime minister to head the government in Haryana, Man­­ohar Lal Khattar was exp­ected to have a smooth tenure. With the minority community marginalised, and with the full backing of the Centre, the former RSS pracharak was expected to consolidate the hold of the Sangh and the party. But the script has gone horribly wrong.

Since October 2014, for each electora­lly dominant community, the Khattar sarkar seems to have come up with a unique formulation. So, to appease Arya Samajis, Bra­­hmins and other ‘forward’ castes, it has launched a series of gaushalas or cow shelters, even proposing two ‘cow sanctuaries’.