Bridge To The Gods

The Sangam at the Mahakumbh is where it all comes together—faith, remembrance... 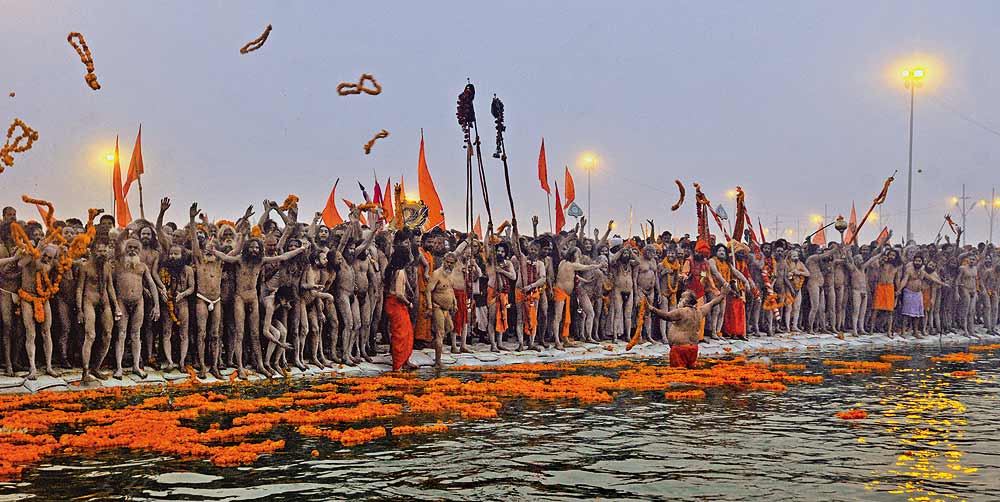 Dawn is misty on the banks of the Sangam. Enveloped in a gigantic quiet, the water awaits the pilgrim. Sanatan dharma—dizzyingly varied, incorrigibly plural, welcoming of all, celebratory of difference and eccentricity—reveals its ancient provenance in millions of little rituals performed on the ghats. It’s fairly twinkling with life. There is incense, there are lamps, there is cannabis.

The greatest Mughal emperor too succumbed to the addiction of the Sangam. The orthodoxy wanted a face-off with Akbar, but Akbar’s face was turned towards the Sangam. The emperor built his largest fort—the Allahabad fort—on the banks of this quiet confluence and dreamed of Din-e-Ilahi, Sulh-i-kul, respect for all religions.

Sangam is a belief system. Sangam is a way of life. The spirit of the Sangam is infused in the great unifying philosophies of India. 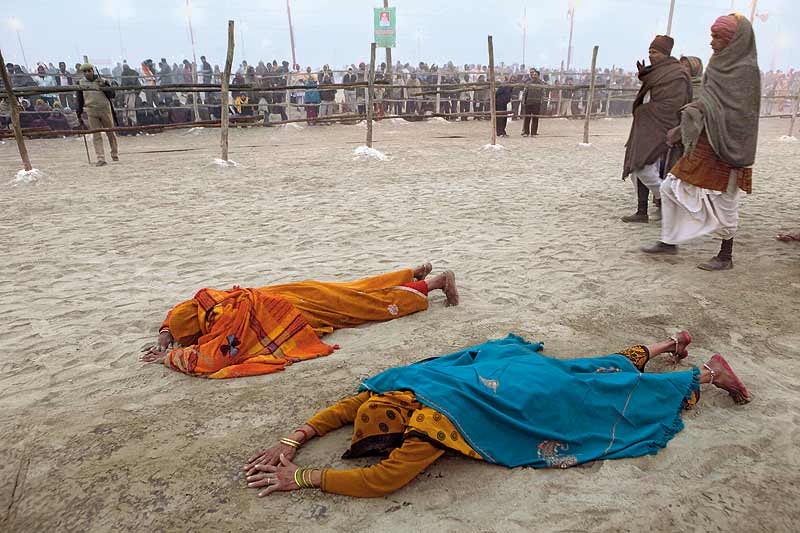 Walk On Female devotees prostrate on the path the Naga sadhus took as they walked in procession to the Sangam, Jan 14

The amrit of the Kumbh is innocence. The innocent belief that a ritual bath can become a bridge to god. The kalpvasi (pilgrim) comes in hope, camping in austerity on the sand, seeking his personal relationship with river and sun.

The formidably long line of akharas, sadhus and Naga babas provide the Kumbh with its spectacle and its magic, provide the made-to-order Oriental freak show for the western media.

Yet the Naga is an important alter ego of our times: he is the mystic dropout, the naked, ash-smeared, opt-out clause from the rat race, the failure at material success who capers by the river bank, smoking ganja and laughing out loud at the absurd pursuit of mere money. Bum bum bhole! The Mahakumbh is a time of remembrance, a time of surrender. The tough existence on the reti (sands), the freezing water, the crowds, the squelching grime underfoot, coexist with a mellow sunlight and a diffused peace. A dusty village fair becomes the site of comradeship between strangers. 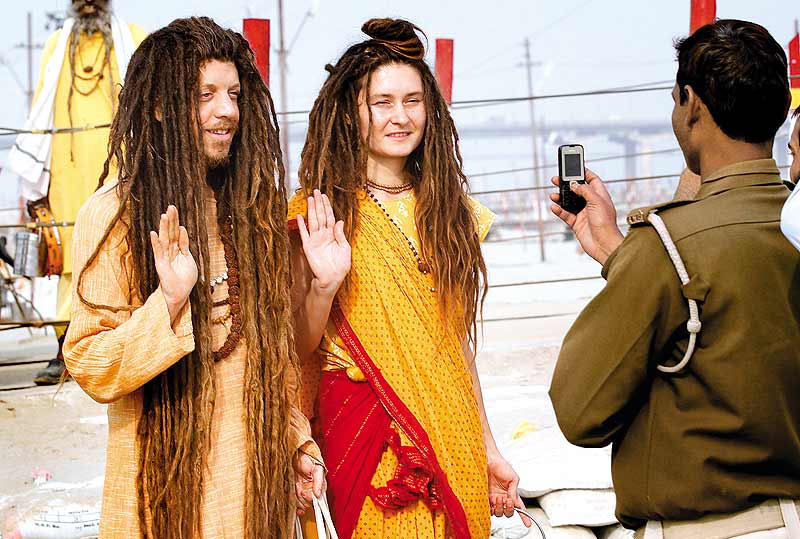 That forgotten relationship with a river, that first touch of morning sun, that child-like pleasure in floating coconuts and rose petals in water, at the Mahakumbh there is a reclaiming of memories. Amidst the massive crowd, the river, sun and pilgrim become their own sangam. The individual sees himself as distinct yet part of a great vastness. From the water, from the sun comes the realisation that the Universe is welcoming, open, that there is nothing to fear, that death is just a small turn down another road.

There is no single presiding deity at the Kumbh. No single priestly order dominates its proceedings. Every pilgrim or tourist is free to worship his or her own god; each is free to perform individual rituals. All castes, from all regions, all classes, become one  water. The Sangam takes away all social difference and hierarchy; Brahmin and Dalit bathe in the same water. 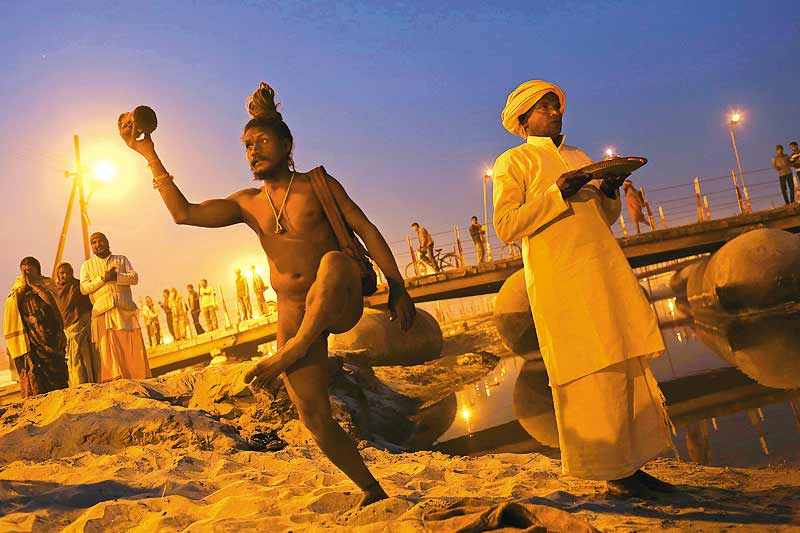 The Kumbh is quintessentially egalitarian, forcing bankers and lawyers within towelling distance of farmers and wage labourers. At the Mahakumbh, the river asserts its presence. This is Ganga’s kingdom where the royal edict seems to be: let all my people be equal, let them respect each other, let them learn to bear hardship and loss, and let them open their eyes to beauty amidst ordinariness.

A panoply of paradoxes: the spectacle of the Shahi snans, the ordinariness of small family rituals on the riverbanks, the grand processions of sadhus, the humble pilgrim on the sand, the thousands of seekers of truth from western countries, the monks who sold their Ferraris walking along with rural communities from across India.

Above the perfectly organised chaos sits an undeniable spiritual power. It’s a power that comes from the total freedom—almost anarchism—of belief and prayer. And it comes from an all-encompassing quietude that seems to say: I am Brahma, and I exist in every single Atma in the world irrespective of creed, recognise that to recognise Me.

(Sagarika Ghose is Deputy Editor, CNN-IBN. Her novel, Blind Faith, is based on the Kumbh Mela.)