Sachin can fire in any match, and the Australians will be hoping that it won't be against them. India are the biggest challenge to Ponting's men now. 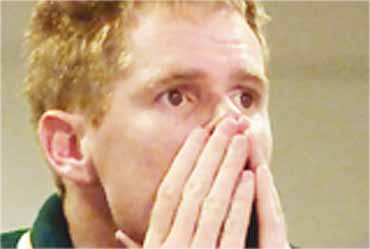 Australia's unbeaten record is getting better and better. That string of successes was almost snapped by England, but you know a team is playing good cricket when they win even when they are not playing their best cricket. It's not easy to win every game by a whopping margin, and this aberration in their campaign would be a good wake-up call. For the third time in recent memory, England did all the hard work of getting into a winning position against Australia, before giving it away. Overhauling a small target can prove tricky, but Bevan and Bichel finally closed it out for us.

It's hard to compare world cups as they are played in different conditions, but there have been fewer exciting games this time. Weather and other external factors have affected quite a few games, and only the West Indies-South Africa, and Australia-Pakistan games were stand-outs. Without meaning any disrespect to Kenya and Zimbabwe, the absence of some of the top powers in the Super Six may mean that cricket of the highest calibre may not be on show even in the next round.