Is the media playing willing ally in Arvind Kejriwal’s movement against corruption? 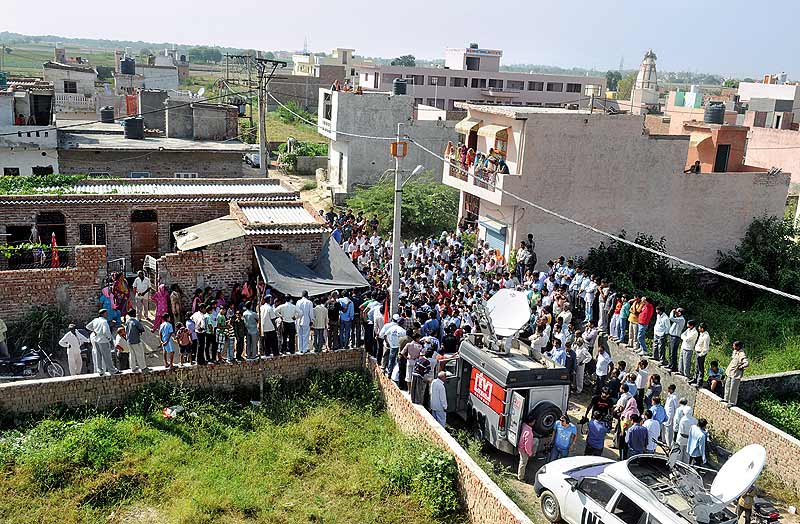 The TRPs for the second leg of Arvind Kejriwal’s ‘crusade’ against corruption may not have hit the roof yet. They hover between 3.2 for Hindi channels and 1.1 for the English ones. But the coverage of the IAC’s journey from campaign to political party has been relentless in the last 15 days. Kejriwal is providing expose after expose, and the media, both print and television, seems to be lapping it up faithfully and reporting it dutifully. It appears to have hitched its bandwagon to Kejriwal’s campaign and almost become an ally in his movement.

However, Madabhushi Shridhar, a professor at NALSAR, Hyderabad, calls attention to the lesser degree of media support this time round, compared to October 2011 when Anna Hazare went on a fast at Ramlila Maidan with a sea of people supporting him, and the media lavished all attention on him and his movement. “The media campaigned actively for the movement,” says Shridhar. With Kejriwal helming the movement now, he notices a difference in the media’s relationship with the movement. “The allegations levelled are specific. The media is only reporting it while doing its own investigation,” he says.

IBN-7 managing editor Ashutosh agrees, even as he concedes the media’s role as a force multiplier. “The media follows the big story,” he says, “and Robert Vadra by his association is a big story, so we followed it.” Regarding Kejriwal & Co, “When the media said the Mumbai maidan movement was a failure, Kejriwal and Anna were critical of us. When we failed to give their expose of Abhishek Verma carpet coverage, they were dismayed. As in July when we said there were no crowds.”

The media has certainly been on its own investigation trail as in the Salman Khurshid case, or on a parallel one, as in the Vadra case. A channel’s airing of a sting/investigation into the misappropriation of funds by a trust run by the law minister and his wife led to a trading of allegations and counter-allegations, and non-stop coverage of the exchange, prompting press council chairman Markandeya Katju to dash off a letter to the News Broadcasting Standards Authority to probe the matter.

The media, especially television, would never pass up an opportunity to have a polarised and shrill debate; it suits its purpose, in fact, to do so. As Padmaja Shaw, a professor of communication and journalism at the English and Foreign Languages University in Hyderabad, says, “It is worrying when thousands of people march towards Delhi protesting the denial of something as basic as land, it is not put to debate. But it suits the media to focus on Arvind Kejriwal and his exposes.” Perhaps it is an alliance of convenience, which the media itself may be reluctant to acknowledge. But if it serves the larger public good, it can only be a good thing.

‘One Can Be In Cahoots With CIA, Not BJP’