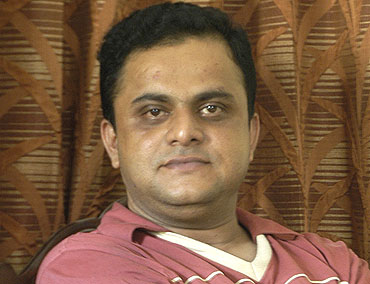 It’s not anti any specific party or government. It’s anti-establishment.

Anti-establishment for the sake of being so?

Power can be corrupting.

One of the characters say that in the play.

Yes, it’s the late filmmaker Ritwik Ghatak’s character who says, if the need arose, Communists would open fire on the farmers and mill workers whose cause they espoused to gain power.

As in Orwell’s Animal Farm where the pigs after gaining power sing a different tune?

Yes. They say, "All animals are equal but some are more equal than others".

Your criticism of Nandigram and Singur has earned you a Trinamool label.

I don’t belong to any political party. If the Trinamool comes to power and engages in anti-people activities, I will speak out against them.

But you’re among the growing community of disillusioned Leftist intellectuals in Bengal who have turned away from the regime.

Though I’ve always voted for the CPI(M), I don’t think I could be called Leftist. The stamp is based on the perception that progressive, radical and intellectual equal Leftist.

Did you time the play for just before the parliamentary elections?

No. The play does not bring up issues that will impact poll results. It looks at repressive regimes which stifle the artist’s creative expression.

But the play has reportedly angered the Communist establishment.

At no point in the play are the Communist leaders belittled or disrespected. Their presence is significant to justify high-level dialogue.

The shows are running to full houses.

Yes, tickets get sold out within half an hour.

Will you take the show out of Bengal?

The issues it raises are not limited to any specific region or group of people. So yes.

The Trouble With Explanation