An exciting whodunit of economic imperialism. One wishes for the devil in the detail. 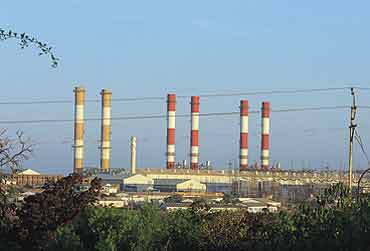 Confessions Of An Economic Hit Man
By John Perkins
Ebury Press/Random House Pages: 250 Special Indian Price: £4.75
When the bombing of Iraq was followed by oil companies moving in, using USAID as the primary contractor for "rebuilding" Iraq (with Iraq paying, of course), the links between war and subsequent economic control were obvious. But is there another more covert war, not led by countries and cowboy presidents but by bow-tied executives meeting in boardrooms and universities? A strategy where crude weapons have been replaced by sophisticated facts, figures, graphs, surveys and statistics. It’s a world we all suspect exists but know little about. John Perkins attempts to take us into that universe guided by a breed of economic agents: "Economic hit men are highly paid professionals who cheat countries around the globe out of trillions of dollars. They funnel money from the World Bank, the ...(USAID), and other foreign ‘aid’ organisations into the coffers of huge corporations and the pockets of a few wealthy families who control the planet’s natural resources.... I should know; I was an EHM."

Susan George’s classic How the Other Half Dies showed us in the ’70s how multilateral banks and corporations ruled the world. Confessions..., however, draws the broad outline of how these covert operations are conducted, but in contrast, falls short of substantiating it with necessary details. Perkins does not reveal the murky details of those happenings. It ends up therefore reading like a whodunit, failing to live up fully to its promise.

There are good reasons, however, for reading this book. It takes us into the undercover world of a sophisticated war that uses ‘development’, ‘economic growth’, the ‘free market’ and investment returns to ensure control over the path entire economies will take. Even in India, a class of rulers buy into this paradigm and feel their country is "shining". This book could force some of us to think more critically about it all. We see tribals dispossessed, shot if they resist, malnutrition of children and women, suicides by farmers and weavers. They could not possibly perceive the rise of the sensex, and the increasing growth rate, as progress. Some of us in affluent India must find it difficult to reconcile popular "indicators of progress" with the pictures of protest by our most deprived citizens. Poverty continues to surround us. Questions need to be asked.

Should we not, for instance, be curious about the apparent contradiction between India’s rapid economic growth rate and the fall in human development indicators? Perkins shows how GDP is used deliberately as a smoke screen to prevent us from seeing the rapid drop in per capita income for large numbers. Often economic growth is planned at the cost of the poor, of which pillaging of land, resources and people is a part. Third World activists have said it often enough, but Perkins was an economist who worked for US multinational MAIN, as a team leader and consultant! His job, he said, had two primary objectives: "First, I was to justify huge international loans that would funnel money back to MAIN and other US companies...through massive engineering and construction projects. Second, I would work to bankrupt the countries that received those loans (after they had paid MAIN and the other US contractors, of course) so that they would be forever beholden to their creditors, and so would present easy targets when we needed favours, including military bases, UN votes, or access to oil or other natural resources."

The documents of consultants and economists of corporate firms involved with the privatisation of management of water supply in Delhi, or Enron in Maharashtra, have revealed the subterfuge in their spreadsheets and financial projections. The papers have the fingerprints of well-paid economic consultants advocating the mandatory road map: loans from multilaterals, signing predetermined contracts with MNCs, and privatise—a solution to all problems. Both have demonstrated how flawed the prescriptions are.

Democratic systems and tools have to be used more effectively. Transparency, accountability and human rights are values even the perpetrators of this economic imperialism pay lip service to. We have to call their bluff to make facts and decision-taking more transparent. The right to information, and democratic accountability are the weapons of the weak, demanding ethics in economic policy, corroborated by facts and documents.

Confessions... is written like a spy novel. The stories of Perkin’s interventions in the economies of Panama, Indonesia, Saudi Arabia, Columbia are evocative of bestsellers, but with not enough detailed substance. Nevertheless, if it provokes us to question the standardised economic formula it would have served its purpose.