The DMK chief staves off an in-house war 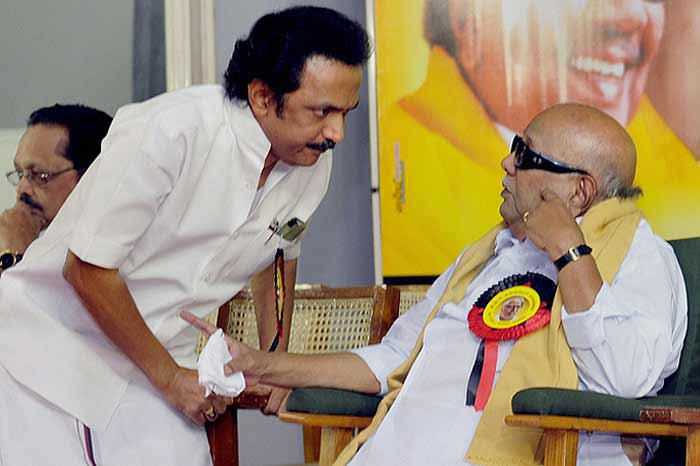 The succession war in the DMK has been an elephant in the room since the Tirunelveli DMK youth conference in December 2007. Supporters of M.K. Stalin, former deputy chief minister and younger son of DMK patriarch M. Karunanidhi, have been clamouring for their “thalapathi” to be made numero UNO in the party. It did not happen at the Tirunelveli meet, when the DMK was in power; it hasn’t happened now, when a battered and bruised DMK met in Coimbatore last weekend.

The difference between Tirunelveli and Coimbatore is that, at the latter meet, Stalin himself egged on his backers to get louder about their support, revealing his impatience. Finally, he was stymied by his own father. At the closed-door executive committee meeting attended by some 350 members, he is learnt to have said that his son’s supporters, in their “orchestrated enthusiasm”, were “trying to create a rift between me and Stalin. If anyone here feels I should quit, I will do so for the sake of the party”. There is one more significant difference—Karunanidhi seems to have introduced another claimant to his throne, his favourite daughter Kanimozhi.

For DMK cadres already grumbling that the Karunanidhi family’s domination had caused the party’s fall in the elections, Kanimozhi’s mother...