Promise Of The Sun

When truth-telling is scarce, a book that ­catches the rhythm of violence ­becomes an important ­artefact to live by 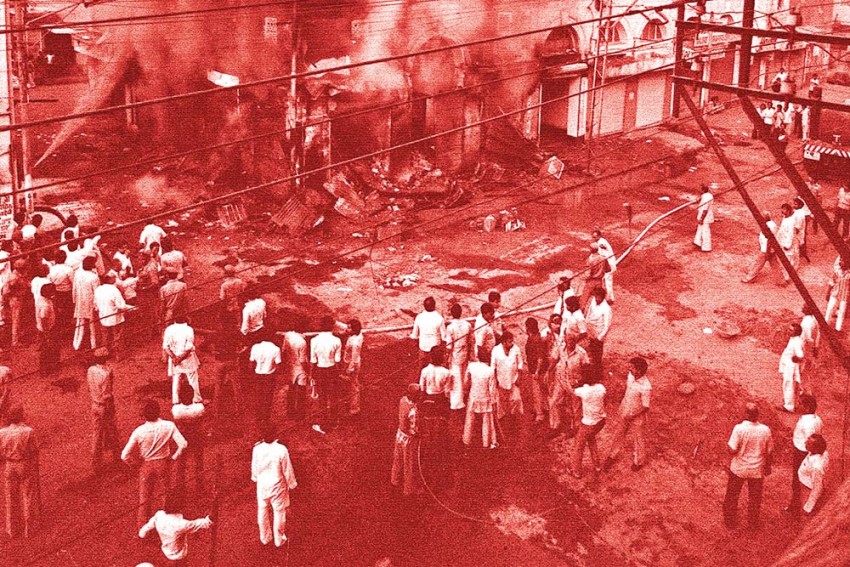 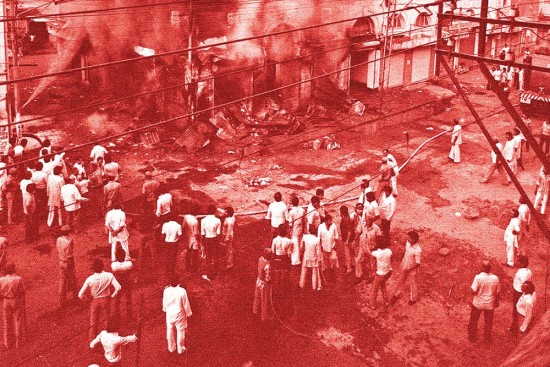 The national notion of time is one of linearity, a moving forward, a distance from the historical past that helps produce a coherent narration in aid of ­“nation-building”. But all of us know intimately, from the families we are born into, the communities we find ourselves belonging in, the stories we inherit and through the bodies we possess: that the past always ­intrudes into the present. Our sense of time, what we feel on our skin, is experientially cyclical: a rumbling, repetitive sadness, with an intensification of pain around every octave that echoes and recalls a past moment. There lingers a disorienting gap between the two kinds of time, a cognitive gap. Is it indissoluble? How do we bridge it?

Words. Stories. The other day, reading Manreet Sodhi Someshwar’s new novel, The Radiance of a Thousand Suns, one felt this real journey. A series of epochal ruptures, writ on our bodies through the everydayness of violence against women, persisting across generations. Yes, women: the often-­unre­cor­ded part of history. The book’s remarkable female characters are its most endearing gift to the reader. For the most part, it’s a formidable narrative testimony to our lived experiences of mass atrocities and collective trauma, threaded through the legends of Heer and Mahabharata—her prose powerful and shattering, as it scans vexed afterlives wrenched apart as well as those who survive and strive to do what is right. But it is by privileging women’s voices, their stories of loss, grief, trauma, resilience, humour as well as their silence, that Manreet subverts the nation-state’s archive.

Since I read the book in September, the author’s description of the besieged people of Punjab in the 1980s had another echo, a spatially removed one this time: today’s Kashmir. “The border between curfew and life had blurred. Everything was uncertain.” In the past 80-odd days of unprecedented siege in Kashmir, photographs in newspapers, web portals and magazines captured the stillness of prison: an endless wait, to be heard, to ­reclaim their streets. “The morning had passed peering from behind curtained windows and looking at their neighbours across the street doing the same thing.” In Kashmir, a peep out of your window could blind you or kill you. She catches the ­arbitrariness and madness of violence in poignant, heartbreaking vignettes: the random shooting of street dogs during a curfew as security forces had “nothing else to do”.

Parallels with Kashmir run throughout the initial few pages: as Operation Bluestar draws near, Sikhs tune into BBC radio as they “knew better than to trust the state-run media”. Punjab was turned into a military garrison, a communication blackhole with even journalists reporting for international media gagged. Familiar? Unsurprisingly, it is the people of Punjab who have resolutely stood with Kashmiris, their empathy unbroken. In speaking for Kashmir, Punjab, no stranger to being silenced, was finding its own voice. Remembering the banned mournings, the screams, protest demos, dharnas outside police stations, habeas corpus petitions, unanswered telegrams to authorities. What also remains, to this day, is the rubric of “terrorism” with which to relegate it all to silence.

The novel disturbs the totalising discourse of counter-insurgency in Punjab as a “defeat of terrorism”. Niki’s father, Jinder, is a crusader for civil liberties and takes up cases of those wrongfully detained or ‘disappeared’. Families approach him for help as they battle the pervasive fear of their sons, brothers, husbands being eliminated in “encounters” or tortured. Jinder toils, “bearing soil, sun and stories”, to collate and fight cases.

Being closely involved with the documentation of mass ­enforced disappearances, extrajudicial executions and illegal cremations, I could not help but think of human rights lawyer Jagwinder Singh, picked up from his house in Kapurthala by policemen on a September evening in 1992, never to be seen again. Or Ram Singh Biling, a reporter with the daily Ajit and secretary of the Punjab Human Rights Organisation for his home district Sangrur: picked up and executed. Or Jaswant Singh Khalra: killed for exposing mass crimes in 1995.

The book’s metaphors capture our urgency to tell our stories, to reclaim them, to preserve them: even the embroidery on the coverlet, with motifs that marked Nooran’s life, and Dadima’s anecdote of women with perpetually swollen bellies, pregnant with stories of macabre violence. Here, women’s bodies are a battlefield, a storehouse of trauma. Carried along even continents, our bodies are the coordinates that trace the map of grief and woundedness.

The author weaves beauty and comfort as she writes of food as a repository of memories. All stories are intimately related to food, its elaborate preparation, crackling spices, aromas, feelings. Food is home, a longing for home, a morsel of familiarity in a foreign land, a companion; food is staple to who we are and devastatingly, a reminder of what we used to be…octaves apart.

A few months ago, my best friend told me, “You are your parent’s child but the daughter of your grandmother”. The reason why I will keep this book very near to me is deeply personal and political. I was raised by my grandmother, a Partition survivor, and grew up listening to her stories. I conjured images of the streets of Rawalpindi, the rivulets my Dadu crossed to reach school, the midway treats under jamun trees. It was a full moon night when they were forced to flee, leaving everything behind in that burning village. They set off on foot, hiding in fields. Dadu, all of ten, was terrified and confused about what to take care of: her slipping salwar or her baby brother wrapped in her arms.

As I grew up, the horror of Partition,  colloquially described as santaali, takseem, wand or batwara, was passed on—framed by the brutalities of the ‘other’, in my case Muslims. I was socialised into believing a fragment, not the whole story. As I grew older, I realised this victimhood, my vocabulary of the Partition, was exclusionary. This language of myth serves “nation-building” well but history tells us Hindus, Sikhs and Muslims were all victims and perpetrators. Manreet lays bare this “mutual genocide” with devastating simplicity, in images of a parallel caravan of misery. “Soon there was another kafila. As if a mirror was reflecting us: everybody was coated with dust, churning more dust, abandoning the dead and dying in the dust. Only, it was headed in the direction of our old home.”

Urvashi Bhutalia wrote in The Other Side of Silence how the violence of 1947 and 1984 “flowed into each other”. Jyot’s character,  spanning eight decades, embodies that: a metaphor for all that once remained hidden from me, for what burns when one crosses to the other side of silence: the violence ­inflicted by families on their own womenfolk to save the community’s “honour”. Ravinder Kaur, in Wound, Waste, History: Rereading 1984, writes that spaces such as Widows Colony are marked by the collective woundedness of 1984. Truth-telling or the ability to speak about trauma in a public spaces is regarded as the beginning of recovery. Testimonies are part of public discourse: in human rights reports, newspapers, magazines, videos, photographs, affidavits. But their presence, while being evidence itself, is not a substantiation of recovery. They have been evoked in “public spectacles of woundedness” for over three decades. Thirty-five years. Ten commissions of enquiry.

Jyot’s disdain for “human rights people, journalists, with their pens and notebooks” who “claimed their reports would bring us justice” puts a finger on the wound, an irrecoverable void. The travesty subsists to this day. The balm of justice is a partial restoration of a moral order—as echoed in the words of Jagdish Kaur, one of the key witnesses in the case against Sajjan Kumar. After his conviction on December 18, 2018, a rare moment of symbolic justice for Sikhs, Kaur said it was the first time she felt India was her own country. Until then she felt Indian laws were not for them. The judgment spoke of the one-sided massacre of Sikhs as genocide and a crime against humanity, even if the novel, disappointingly, used the sanitising term “riots”. In times of a deeply embedded culture of silence and organised majoritarian violence, these are our sites of recuperation to resist the obliteration of history, to get by in the horrifying times we live in.

(The author is an independent researcher)