Perfumed Jasmine In The Nave

The Nazranis, Portuguese, Armenians and British built churches in various styles over 1,500 years. This is a lavish ode to the ones that inspire awe. 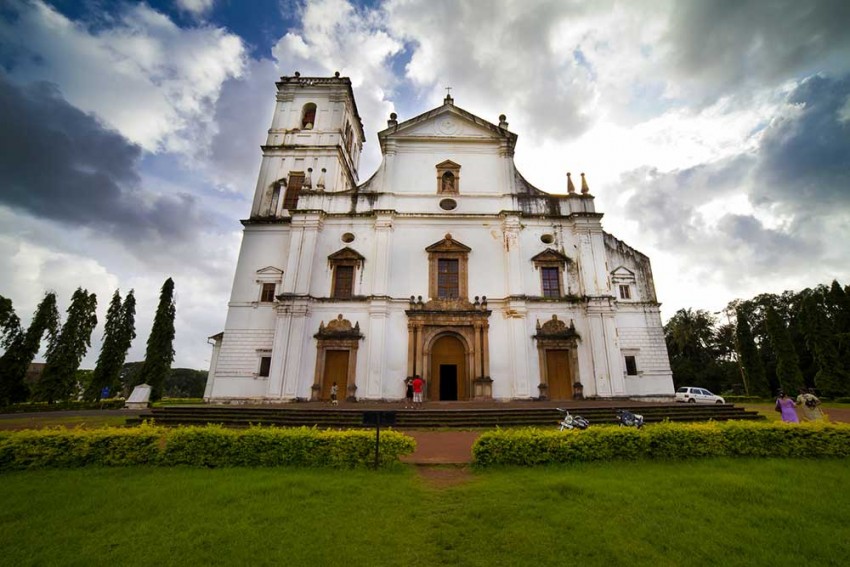 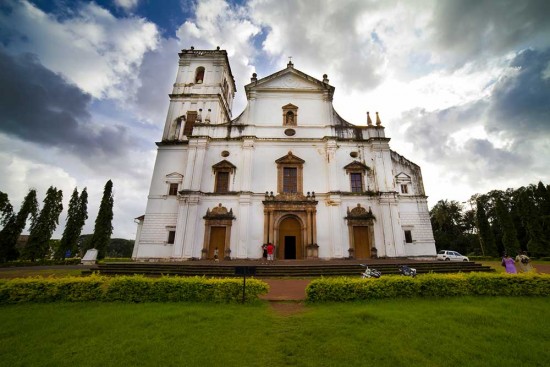 Joanne Taylor’s is a breezy, illus­trated look at Indian churches. With 310 photographs, it is infor­mative, but not fact-bound. The selection of 57 churc­hes from Ker­­ala, Goa, Chennai, Bangal­ore, Calcutta, Mumbai, Delhi, Pondiche­rry and Chandannagar conv­eys the geo­graphical spread, the historical evolution, denominational variety and architectural diversity of Ind­ian churches. Of these, 31 are Roman Cat­holic, nine Ang­lican, six Protest­ant, four Syro-Mal­abar Catholic, two each Presbyterian and Orthodox Syrian, and one each Armenian Orthodox, Church of North India and Church of South India.

Taylor begins with the arrival of the apostle St. Thomas at the ancient port of Muziris, near Kodungallur, in A.D. 51. He is believed to have built churches at seven locations. From 4 to 6 century AD, there were waves of Christians fleeing persecution in Persia. Isolated over time from their native country, the Nazranis or followers of Jesus of Naz­a­reth built churches to resemble the three-tiered gabled temples of Kerala.

The early churches began in the 9th cen­­tury. They were built of perishable materials and do not exist.  Later ones were made of laterite stone and wood. Like temples, they were enclosed within compound walls with arched entrances.

Traditional Syrian Christian churches were built east to west. They have three elevations: for the altar area, the choir, and the worshippers. According to a sch­olar, Kerala’s churches are “Christian in religion, Hindu in culture and Syro-Ori­ental in worship.”

The Portuguese built churches to imp­ress. The Church of St. Francis at Fort Kochi (1503) was their first in India. As power changed hands among colonial powers, so did the church. The Portuguese started inserting European facades betw­een the porch and nave of old Kerala churches to give them a ‘Christian’ look.

Goa’s Se cathedral of Santa Catarina is the largest church in Asia. St. Xavier initiated the Inquisition here. Its ‘golden bell’ sounded the burning of heretics at the stake.

Unlike the British, the Portuguese did not keep trading and religion apart. Ent­h­usiastic church-builders, they lav­is­hed them with funds. The churches built bet­ween 1510 and 1550 in Goa com­bined Gothic architecture with lavish ornamentation. Motifs like ropes, anchors, sailing ships, shells and waves symbolised that period of maritime exploration. The chu­r­­ches that followed were built in Baroque style, though less ornate than Portugal’s.  Local craftsmen, over time, gave Indian looks to the saints and angels.

Taylor throws in interesting factoids. The Se Cathedral of Santa Catarina is the largest church in Asia. It is 76 metre long and 55 metre wide.  (Though elsewhere she says the Sumi Baptist Church of Nagaland is the largest). St. Xavier, who is Goa’s revered saint, initiated the Inqui­sition there. Its ‘golden bell ’sounded the burning of heretics. A crucifix dating back to that terrible era is in the Chapel of St. Sebastian. It has the hanging Jesus looking up, not down, with eyes open, not shut. The Lady of Dolours Basilica, Thrissur, according to Taylor, is the tallest in Asia.  This Syro-Malabar Catholic church is an enormous Gothic structure with an area of 2,300 sq. m.

In Calcutta, the oldest church is the Holy Nazareth, built in 1724 by Arm­enian Orthodox Christians who had fled persecution from the Turks and the Per­s­ians. It has whitewashed walls and Isl­amic-style arches between enormous columns.

The British churches were cruciform (cross-like) in shape, unlike the rectangular basilica plan of the Portuguese. This design can accommodate a larger congregation. St. Paul’s Cathedral in Calcutta and the Cathedral Church of the Holy Red­emption in New Delhi are among the best-known British churches. Their first in India was at Fort St. George in Chennai. Skinner’s Church or St. James’s Church in Old Delhi is unique for its octagonal dome. But the most striking is St. Martin’s Garrison Church in Delhi Cantonment. It’s built like a fortress.

Among the modern churches is Our Lady of Salvation Church at Dadar. Origi­nally built by Portuguese Francis­cans it was rebuilt in 1977. Charles Correa des­igned it. Taylor says its moul­ded concrete interiors and low light invoke a sil­ent ret­reat. In Varanasi, St Mary’s Cathedral designed by A.G.K. Menon and built in 1993, incorporates the mandala plan from which a multi-layered vertical form rises, like a Hindu shikhara.

It would have been interesting to have a section on churches in the Northeast, especially Nagaland, which according to Taylor is known as ‘the most Baptist state in the world.’ According to Taylor, its egg-shaped Sumi Baptist Church can seat 8,500 people. There are also new denominations that are attracting followers, often from the mainstream churches: Pentecostals, Jehovah’s Wit­nesses, New Life and so on. Their chur­ches are often functional prayer halls. But some of them might be distinct. A mention would have added to the book’s flavour.