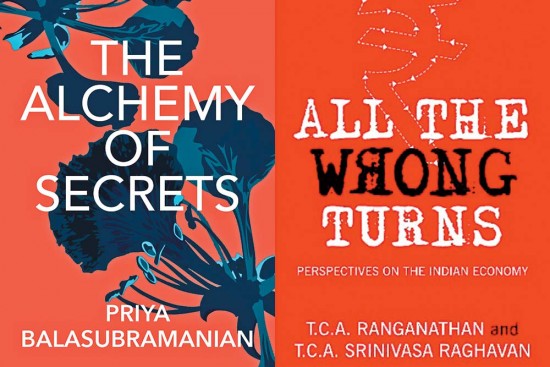 This comprehensive biography of the actor spans from his early years in Rajasthan and NSD days to his current projects, and features unknown anecdotes from his life. Although Chhabra could not interview Irrfan for the book, he managed to glean interesting snippets from conversations with his co-stars, directors and other professionals, as well as past interviews.

The Alchemy of Secrets | Tranquebar

Mira returns to Bangalore after seven years to be by her grandmot­her’s deathbed, as memories of languid summers against the backdrop of a mosque’s demolition flood in. In a city even more divided along religious lines, she grapples with political currents and family intrigues that take her back to her mother’s mysterious death during the Emergency.

All The Wrong Turns | Westland

An extensive, alb­eit dry, acc­ount of suc­­­­cessive governments’ eco­nomic pol­­icies since Independence, it explores why the economy has experienced crises every decade as well as the conundrum of jobless growth. The authors analyse sectors, financial institutions, the mindset that has shaped economic policy and what the future holds.