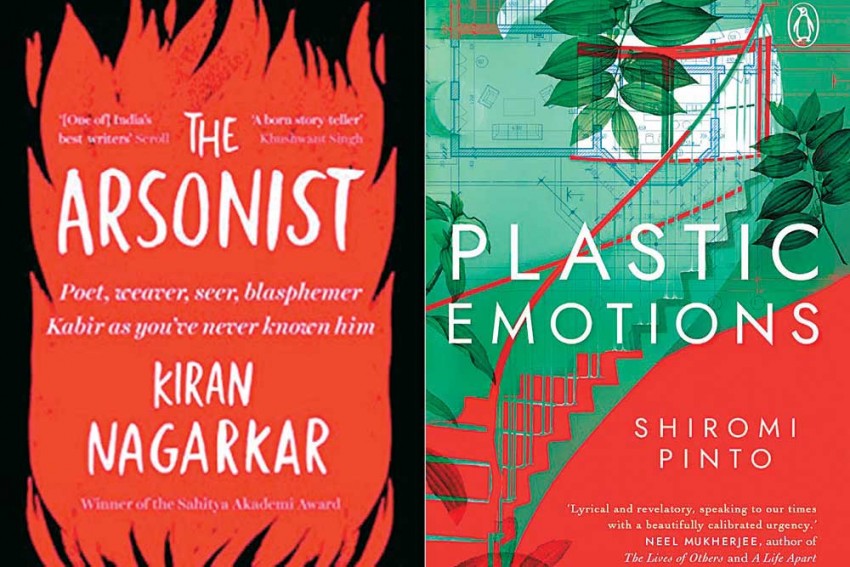 Nagarkar’s last book is an inspired, contemporary retelling of the poet-­saint Kabir’s life. ‘The Wea­­ver’, the protagonist of the novel, is a rebel, a “man with more questions than answers” navigating a society beset by corruption, institutionalised hatred and environmental destruction. The author deftly weaves piquant observations on the state of the world and Kabir’s mystical poetry into the novel.

A debut novel inspired by the life of Minnette De Silva, a trailblazing arc­hitect from Sri Lanka who is hailed as a feminist icon. It explores the protagonist’s ambition and passion for her craft and her affair with Le Corbusier, the great modernist arc­hitect. The lush narrative, drifting from Colo­mbo to London, Paris, Chan­digarh and Kandy, is interspersed with epistolary exchanges between Minnette and Le Corbusier.

In the 1920s, Esther Luella became besotted with Indian dance and cha­nged her name to Ragini Devi. As a fortune-teller predicted, her daughter Indrani Rahman’s fame would eclipse hers. Sukanya, Indr­ani’s child and a dancer too, chronicles the fascinating story of the “first family of Indian dance” across three generations. Equally interesting is the collection of photos dating back to 1893.

As The Shiraz Soured