My Country, Right Or Wrong

Tharoor holds forth on patriotism and nationalism most eloquently, but deep fallacies mar every argument of his 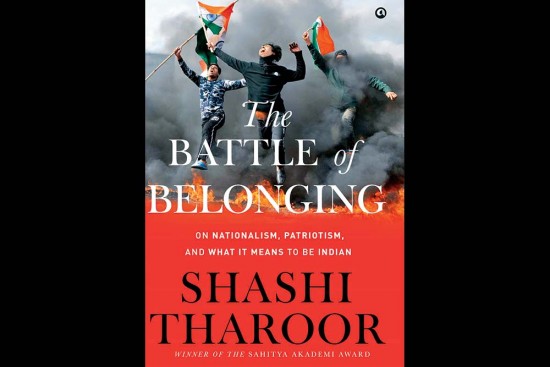 Shashi Tharoor’s brilliant but deeply flawed thesis in The Battle of Belonging takes off from where G.K Chesterton left it off long back when he said: “‘My country, right or wrong’, is a thing that no patriot would think of saying except in a desperate case. It is like saying, ‘my mother, drunk or sober’.” Tharoor is brilliant with words, which he uses not to convince but to confuse, obfuscate and deceive. He writes brilliantly, except this time around his core arguments are fundamentally flawed.

It’s the old trick of assembling all the good things that you can imagine about patriotism, tot up everything you think is wrong, stick it to nationalism and then prove that the former is better than the latter. Tharoor argues that the nationalist loves the country but doesn’t question his government ever, but that doesn’t mean the patriot doesn’t have to love the leader or follow his commands. Love of country does not require absolute obedience to its government, but that is true for both nationalists and patriots, except in Tharoor’s construct of convenience. Demonise nationalism, applaud patriotism and gently allude pol­itical tags to each to suit one’s politics. For instance, Arun Shourie and Rathin Roy, to name just two who have been critical of this government’s policies, but have always admired some of the bold reforms initiated by it. Does it make them any less nationalistic or any more patriotic than others?