Why do companies fail? An insider gives the lowdown on fatal bunglings and oversight 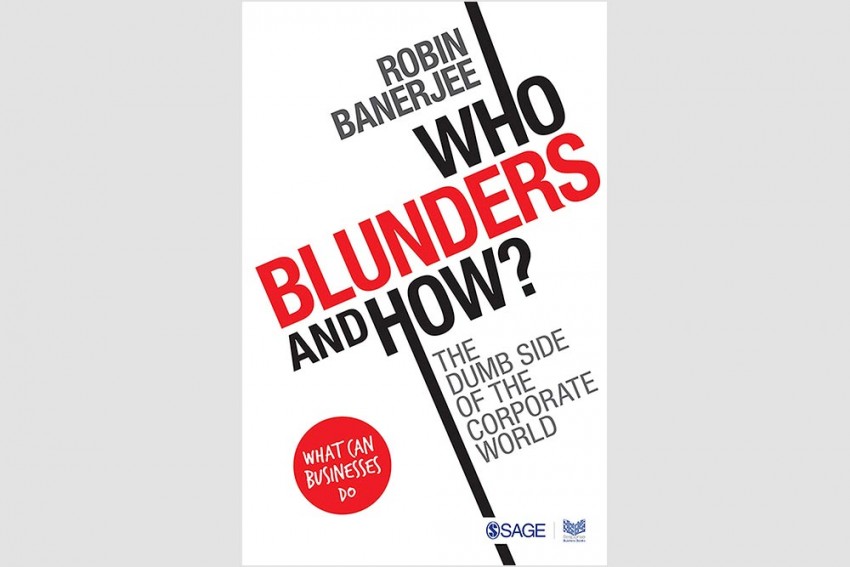 Who Blunders And How? The Dumb Side Of The Corporate World
By Robin Banerjee
Sage Publications | Pages: 263 | Rs. 550

‘Success has many fathers; failure is but an orphan’—Tacitus’s epigram holds true still. It’s difficult to pinpoint those responsible for a company or a corporate empire going belly-up. Not many venture to identify failures, but Robin Banerjee has made a valiant attempt to look at the reasons for the decline and fall in the corporate world, and lessons learnt. Indeed, not many authors venture to identify failures.

Paradoxically, failure and success often have the same roots. “Success is often built on a bed of fiascos, and flops. Unl­ess you fall, you do not learn; unl­­­ess you try, you cannot fail; unless you fail, you cannot grasp,” says Ban­er­jee, providing an insight into what made companies go the Titanic way.

Not a single company listed in the first Dow Jones Index in 1896 is listed today. Some may still exist as part of other conglomerates, but most have faded into oblivion. But why do some companies last centuries, but most do not? asks Banerjee.

The answer to durability mainly lies within us, he says. Just think why many of us live longer than others do. The good news is that what works for humans also works for business ent­erprises. Inefficient management, debt overload, unresolved conflicts, unethical behaviour, lethargy, not adapting and other business blunders lead to curtailing an organisation’s life cycle, says Banerjee.

He gives hundreds of examples of failures, with dozens from India, with each issue dealt with in a separate chapter. Banerjee also suggests how firms could avoid their nemesis. He is perhaps in a good position to provide that advice. A chartered accountant and a cost accountant with a master’s degree in commerce, he is the managing director of Caprihans India Ltd and has served in senior leadership and board positions in several multinationals, including Hindustan Unil­ever, ArcelorMittal Germany, Thomas Cook, Essar Steel and Suzlon Energy.

In the chapter on family enterprises, Banerjee says that such large companies usually focus on resilience rather than on performance. They generally forego the super profits available during good times in order to protect themselves during bad times, investing with a decade or two in mind. They score high on employee relations, but lag on innovations. Yet many family businesses go under too.

For example, the Reliance industrial conglomerate created by Dhirubhai Ambani, who died in 2002 without a succession plan. In spite of enormous wealth, the slugfest between the bro­thers was all about controlling wealth and their wrangling knocked off significant enterprise value, especially for the younger brother, writes Banerjee.

The elder sibling, Mukesh, became Asia’s richest man in 2018, toppling China’s Jack Ma, raising his net worth to over $43 billion, while Anil Amb­ani’s personal wealth has shrunk to $1.5 billion, with his flagship Reliance Communications going into bankruptcy. Several international family firms’ histories have been tra­ced, as are failures of professionally-run companies in chapters on dispu­tes, corporate governance, debt trap, bungles by bosses and public relations faux pas. He calls mergers and acquisitions a “mug’s game”, going on to explain why most of them fail.

One wishes Banerjee had taken up at least one or two big examples, tracing in granular details what went wrong and who was responsible for the blunders. Banerjee has the credentials for it. Perhaps he will, in his next book.

Forged Under A Magical Bot Tola