Transgression leads to transcendence in this genre-bending novel, as shape-­shifting ideologies are left for universal humanism by characters who morph into bats 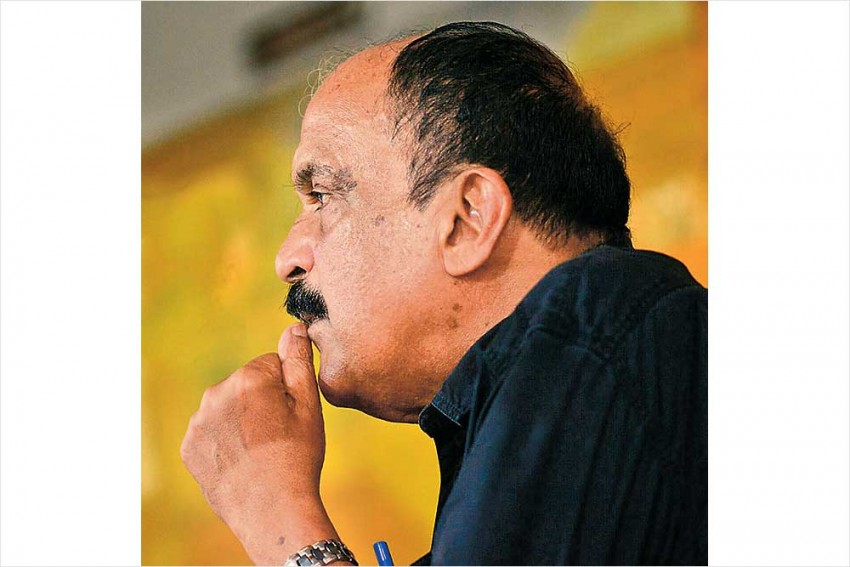 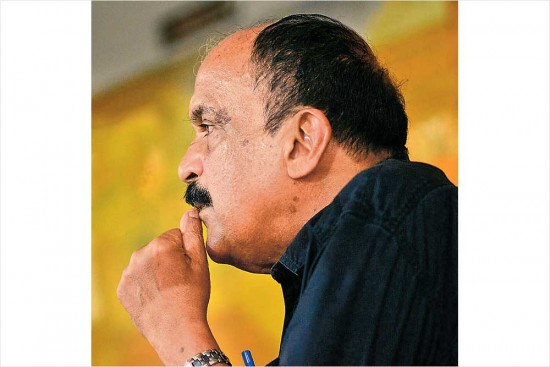 A Secret History of Compassion is about a popular novelist, Spider, who has been commissioned by the Communist Party to write an essay on the mutually exclusive existence of a human quality like mercy, and capitalism. Spider’s project gradually turns out to be a collaborative one involving a professional executioner, Jesus Pillai, Spider’s dog and his philosopher wife, Rosi. In the course of the enterprise, the characters become bats, fly around, and voyeurism is justified as a witnessing method to miracles.

Paul Zacharia is a leading Malayalam writer and public intellectual. Some of his fiction are outstanding in their psychoanalytic astu­teness and structural strengths. He is not easily swayed by conventions, and has very often courted controversies. A Secret History is his foray into Anglo­phone fiction. It is likely to have a perplexing effect on the reader.

The seeming chaos—anything can happen at any point—and the sprawling canvas of the novel (the sky is the limit) are held in place by the slow formation of the essay, completed towards the end of the novel. Spider writes the essay in a state of receptivity, and shows his growth as a being evolving from realm of the dem­otic imagination to the experience of life itself, which one takes for granted and which is beyond profit or power-oriented systems like capitalism or Communism or, as it turns out, gender rights. It is about love, youthfulness, and songs.

That is the moral of this seemingly immoral story. Immoral in the sense that Zacharia’s fictive world aspires to go against temporal ethic—the time-bound ideas of political systems, for instance—into a more lasting universe of compassion. Transgressions pave way to transcendence, an insanely fraught journey in an insanely normal world. Which is why the characters fly around—for the eye-view from on high.

Spider shows his growth as a being evolving from the realm of demotic imagination to the experience of life itself, beyond systems like capitalism or Communism.

In a New Yorker article (March 18, 2019), critic Leo Robson quotes (till rec­ently) little-known writer John Williams (whose finest hour, decades after his death in 1994, arrived in the past few years; Williams’s novel Stoner came out in 1965, when Saul Bellow ruled the literary novel with Herzog; Sunday Times described Stoner,  during its recent re-issue, as the ‘the greatest novel you have never read’) from his lecture notes: contemporary writing “encourages us to be merely ourselves, to think or feel merely as we have always done”.

Zacharia’s attempt is to differ. The passage of his characters is through a tunnel of nihilism, dug through and under decaying institutions and noti­onal values, towards that glimmer of light lit by, ah well, by the torch of universal brotherhood/sisterhood. The protagonist and his retinue are unbuttoned characters, physically and spiritually. Naturally, in this state, you are open to bats, butterflies, squirrels and erotica. One must add that no animal (except fish that was fried by Rosi and consumed by Spider) or bird was harmed in the making of the novel. Everything in nature speaks of god, who in this novel is a young woman. 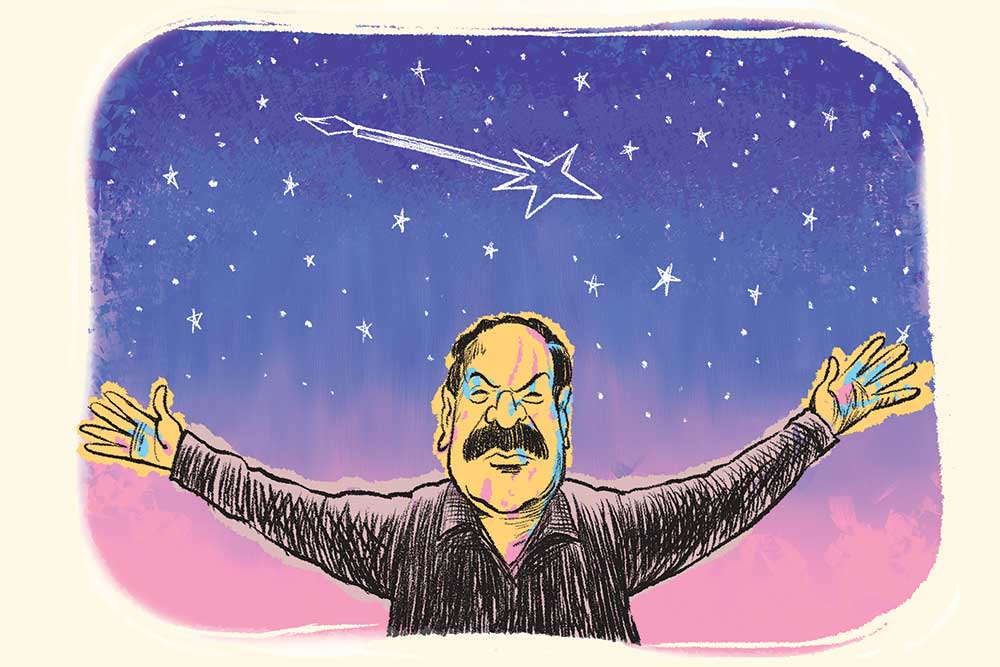 The anything-can-happen spi­rit of the novel could prove to be a little wearisome as the story makes its fanciful progress. Especially to the Indian sensibility largely attuned to tepid family sagas and the Indian-immigrant-abroad-plots. But even to those who are open to new ideas, Zacharia’s novel is likely to offer challenges. For instance, the characters suffer from an inability to feel existential pain. It is as if they have an entirely different neural network. Their anxieties, little as they are, often come across as fodder for the author’s amusements. Indeed, characters seemingly relate to themselves as characters and, in places, caricatures. If this is an intended eff­ect, then what you have in your hands is an anti-novel of sorts.

The humour implicit in a novel like this laughs the laughter endemic to Kerala: the don’t-bullshit-me-I’m-too-smart kind. It doesn’t translate well in other languages.

I was reminded of Mikhail Bulgakov’s chaotic and brilliantly brittle The Master and Margarita, to which A Secret History bears resemblance. “Just then the sultry air coagulated and wove itself into the shape of a man—a tra­n­sparent man of the strangest app­­earance. On his small head was a jockey-cap and he wore a short check bum-freezer made of air. The man was seven feet tall but narrow in the shoulders, incredibly thin and with a face made for derision”. This is the Devil making his first appearance to Mikhail Alexandrovich Berlioz, a literary editor, in a warm spring day in Moscow in the opening pages of The Master and Margarita, a kind of magical realist critique of the Stalinist Russia. The ’30s  novel is complex, and replete with inexplicable characters. Margarita, the heroine, can fly. A demonic cat (Behemoth) can walk on two legs and spout philosophy. And other weirdities materialise throughout its course. But the ordeal of their world comes through. To Spider, Jesus Pillai or Rosi, life, perhaps because they came to their wings too easily, is a lark.

The humour implicit in a novel of this kind tends to laugh the laughter endemic to Kerala: the don’t-bull­shit-me-I’m-too-smart kind. It does not translate too well in other languages, including English. Still, the texture of Zacharia’s English must add to the diversity of anglophone literature published in this country. What he is doing, I suspect, is actually transplanting a sensibility; the language is just a means. I found the argot a little clumsy though. Adverbs abound: suddenly, humbly, determinedly, excitedly.

Nevertheless, this novel is a much needed point of departure for English fiction in India. It is a dare. It would be interesting to see it in terms of prize lists and nominations usually dominated by straitlaced angels of all persuasions—the certified worth of the offering of a tittering devil.