Anne Of The Crumbling Gables

Movingly elegiac about a vanishing cosmopolitan Lucknow, Hyder’s early work deals with Partition as background hubbub, not as lurid hyper-reality. 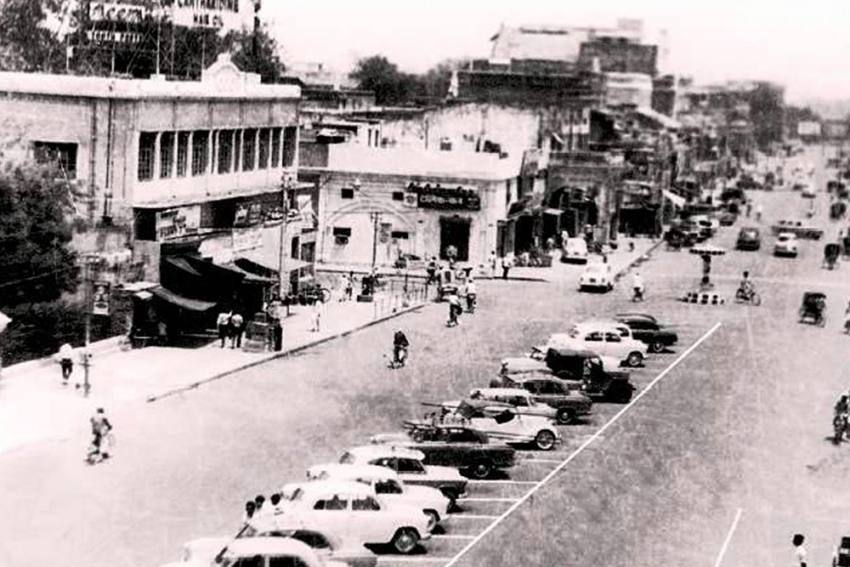 Lucknow’s Hazratganj—playground of the fashionable. Hyder’s characters would have known it well.
Radhika Oberoi January 29, 2020 00:00 IST Anne Of The Crumbling Gables 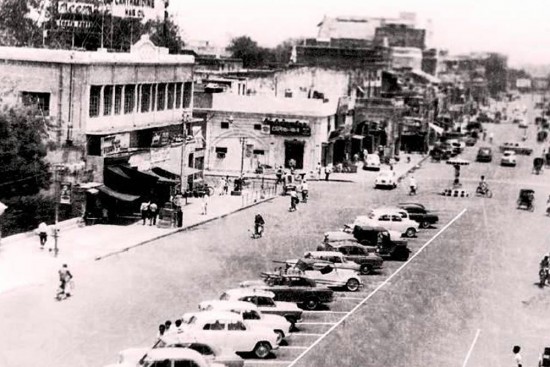 Tea has been laid out in the verandah of Najmuddau­lah House, stately home of barrister Khan Bahadur Nasim Ahmad and his wife, Begum Nasim Ahmad. Their son, Fawad, surveys the soft whir of domesticity with a languid nostalgia: “The magic of places and homes!” He observes that soup is being prepared for his abbujan. Other images of his Lucknow—the new Lucknow—become sharply focused as he moves across the garden. Bey­ond the swimming pool is a glittering collage of the city: author Banne Bhai (Sajjad Zaheer) discussing his new book London ki ek Raat; pianist Ratna Siddhanta playing Wagner’s Carnival at writer Attia Hosain’s place; an art school hidden by Ashoka trees, where a meenakari portrait is being painted.

This then, is the cosmopolitan crowd that flits through Qurra­tulain Hyder’s second novel, Ship of Sorrows, first published in Urdu as Safina e Gham e Dil in 1952, and translated into English now by Saleem Kidwai. This then, is the gentle mechanism of home-club-cottage-in-the-hills, set into motion by the sons, daughters and wards of the senior civil servants, police officers and social workers that populate Ship of Sorrows. Lucknow’s elite provide the rhythm and tempo of the book—its unhurried and often pleasurable delineation of mogra-scented evenings, the Greek columns of Isabella Thoburn College (Hyder’s alma mater), meetings of the All India Women’s Conference, driving to Mussoorie and dining at The Savoy, playing squash at the Dilkusha Club and drinking gin by the French windows of the Mohammad Bagh Club. The hubbub of domestic life overpowers the zeal for revolution, as Hyder points out, wryly: “While writing her letters, Begum Nasim Ahmad realised that the tailor had not delivered Rahil’s coat and skirt, that the cook had again cheated in the purchase of meat, and that the miserable Tammu had still not refreshed the Khan Bahadur’s huqqa. She immediately set aside the All India Women’s Conference and rushed to the kitchen.”

That the mood of Ship of Sorrows is one of equanimity—an unp­erturbed gaze at the tumult of Partition—is disquieting, especially if one has read the short stories of Saadat Hasan Manto, Rajinder Singh Bedi and Krishan Chander. The undercurrents of communal violence flare into grand conflagrations that consume entire villages, and reduce people to mad, inconsolable shadows of their former selves, in their writings. In an essay by Asif Farrukhi, titled Once Upon a Time: Cultural Legacies, Fictional Worlds of the Partition and Beyond, from the 2011 collection of essays Qurratulain Hyder And The River of Fire: The Meaning, Scope and Significance of her Legacy, edited by Rakhshanda Jalil, the term fasadat ke afsaney or ‘riot literature’ is used to describe this oeuvre of literature. Urdu critics such as Muhammad Hasan Askari and Mumtaz Shirin are believed to have used the term.

In Ship of Sorrows, as in Hyder’s 1959 masterpiece, River of Fire (Aag ka Dariya) the Partition of the country is a backdrop, a muted rumbling that is never dangerously close to annihilate the protagonists of her narratives. But while River of Fire sprawls across multiple eras and chronicles with flamboyance, the fissured history of a country, Ship of Sorrows is at best, a tentative experimentation with forms and styles that are yet to ripen.

Ship of Sorrows has a youthful nexus—a group of men and women of impeccable ant­ecedence and education. There is Cam­bri­dge-returned Fawad, who lounges about Najmuddaulah House in his dressing gown; Mira Nalini Rajvansh is narcissistic, poetic, flirtatious; her elder brother Arun becomes Colonel Rajvansh, infatuated with one Laila Bilgrami, known for the parties she throws and the saris she wears.

Hyder appears as a character in the novel. The first-person musings and observations of Anne Hyder, reminiscent of Virginia Woolf’s disjointed sentences and interior monologues, are flashes of authorial perspective, acerbic observation and grief. Anne lives in a eucalyptus-lined neighbourhood, at 21 Faizabad Road in Lucknow, the author’s parental home. Her father, abbajan or ‘Yildi­rim’ is a portrait of love, and an aching tribute to the author’s father, author, essayist and playwright Sajjad Hyder.

Rahil Bilgrami is uniquely poised—she is one of them, and yet isolated in her position as an orphan under the guardianship of Barrister and Begum Nasim Ahmad. Hers is the mildly outraged, often bemused counterpoint: “This was a mob, and the mob was always angry because it did not approve of her. The world was divided into many sects and groups. For instance, the group that did the bringing up, the group of begums, the terrorist party of Fawad, Mira, Ali, and Arun. They were all silently opposed to her.”

Ship Of Sorrows is deeply reflective. Its Urdu title, Safina e Gham e Dil is borrowed from Faiz’s Subah e Azadi, written in August 1947. Yet it does not share his eloquent rage.

Old friendships crumble in the political churn of the country’s Partition. One learns that Banne Bhai has been imprisoned and that Ali, Anne’s elder brother, has also been sent to jail by British civil servant Elmore Rexton, friend of the group. But individual tragedies are contained by Hyder’s unique aesthetics, which never allows the horrors of Partition to suppurate on the page.

Hyder has been criticised by dominant writers of the Progressive Writer’s Association (the Anjuman Tarraqui Pasand Musanifeen-e-Hind formed in 1936) for creating an insulated universe of privileged protagonists. Ismat Chughtai famously derided her in a satirical piece called Pom Pom Darling. Fatima Rizvi, in her essay Post-colonialism and Marginality in the Fiction of Ismat Chughtai, Khadija Mastur and Qurratulain Hyder, argues: “Neve­rtheless, though she may not be considered progressive in the sense of the Marxist, soc­ialist manifesto, her works are tinged with eclecticism, hum­anism, and modernity and reveal a deep-rooted philosophical perception of the meanderings of the river of life.”

Ship of Sorrows is a deeply contemplative novel. The Urdu title Safina e Gham e Dil is borrowed from Faiz Ahmad Faiz’s Subah e Azadi, written in August 1947. Faiz is strewn across Ship of Sorrows, sometimes in conversation: “…call Faiz and ask him why he wrote such an absurd couplet..”, often in thought: “But books were either uninteresting or painful. Yeats snaps at you, Faiz is like an undying ailment. Rilke doesn’t want you to live.”

While Ship of Sorrows is enamoured of Faiz, it does not smoulder with the poet’s eloquent rage. Had River of Fire not appeared as a declaration of Hyder’s formidable talent, one might have had to agree with Chughtai that ‘Pom Pom Baby’ was still trying to hone her craft.

Radhika Oberoi is the author of Stillborn Season.

Union Budget 2020: What FM Nirmala Sitharaman Can Do To Pull Economy Out Of The Rut