A Man Worthy Of His Cap

Lal Bahadur Shastri led a principled life in politics based on decency and inclusivity. Yet his legacy lies largely ignored. This book aims to correct that. 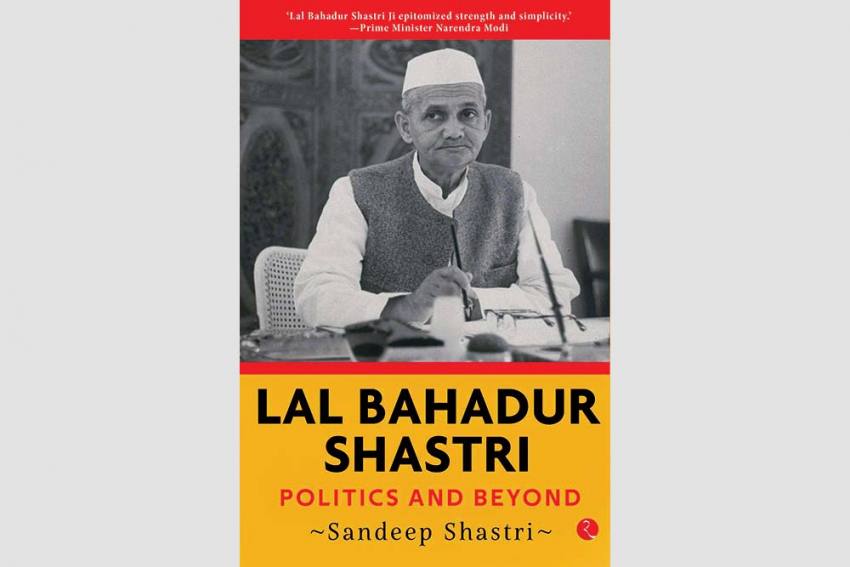 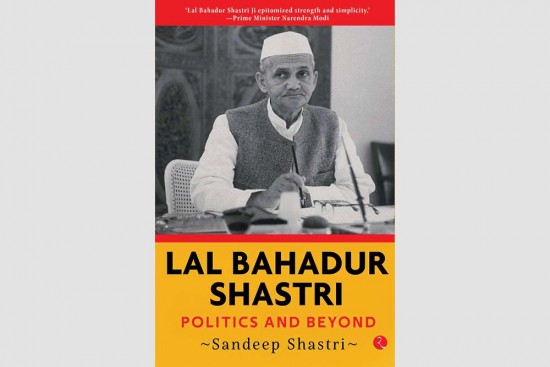 In the final weeks of 2019, as protests against the Citizenship (Amendment) Act swept India, I found myself wondering how Lal Bahadur Shastri would have managed the situation. Would it have been a muscular, combative, shape-shifting ­response or would it have been considered, inclusive and hum­ane, geared towards reconciling differing perspectives? Chances are it would have been the latter. Sandeep Shastri’s Lal Bahadur Shastri: Politics and Beyond quotes India’s second prime minister as saying: “I can carry everyone along with me. That is much better… This app­roach may delay decisions a little, but that does not bother me at all. It is a price worth paying.”

An attempt to assess Shastri’s career and legacy, the book is fue­lled by the conviction that Shastri has not received his due. And that it is a disservice to India if leaders like him are not given their rightful place in the national narrative. Sandeep possibly has a point when he declares that Shastri, unlike some of his contemporaries, does not capture the Indian imagination. While his decisive leadership in the 1965 war against Pakistan, the Tashkent Declar­ation of 1966 and the evocative jai jawan, jai kisan slogan are occasionally referred to, their true worth is seldom recognised.

A political scientist and commentator, Sandeep Shastri is currently the pro-vice-chancellor of Jain University. In his introduction, he writes that he has long been fascinated by Shastri’s leadership.

Shastri was—as Sandeep shows, drawing on newspaper articles and books—a leader cast in a different mould, with an unshakable faith in democracy and the importance of individual freedom. Humility, sincerity and inclusiveness were his hallmark, as was a belief in secularism and the fundamental goodness of all religions.

Shastri was cast in a different mould, with an unshakable faith in democracy and individual freedom. Humility, sincerity and secularism were his hallmark.

To solve problems, Shastri would calmly consider all points of view before arriving at a resolution based on consultation and consensus. He chose his words carefully, spoke in simple language, with no hyp­erbole and theatrics. He possessed the rare ability to bring people together. As Sandeep emphasises, he was known for his personal integrity and high ethical standards. Not for him the trappings of power, for he viewed them as a sign of arrogance.

This, of course, isn’t to say that Shastri was naive or untutored in the intricacies of politics. But, as the book explains, the challenges of his early years, including the death of his father, ensured that he ­remained grounded in Indian realities. This shaped his values and vis­ion and laid the foundation for his later years as a leader.

As I travelled with Shastri, from his early years in Mughalsarai to his sudden death in 1966—about which doubts linger—I found mys­elf bemoaning the lack of good editing. For one, there’s grinding repetition; Shastri’s qualities are overly reiterated when a few deft touches would suffice. Then, there are errors of syntax, typos and factual errors. For instance, on page 76, there is a reference to “Madras state (now Chennai)”. This is patently incorrect, for Madras state became Tamil Nadu; the city of Madras is “now Chennai”.

These apart, Lal Bahadur Shastri: Politics and Beyond adds to existing literature on this unassuming leader. It throws up interesting nuggets about Shastri and his times; details that have slipped away from our col­­­l­­ective consciousness. For instance, his rat­her modern perspective on busin­ess and its ‘social responsibility’ from a speech del­iv­ered in 1965, in which he said that businessmen had an “even greater role than that of an economist and the politician. Too often, the community views the businessman’s aim as selfish gain…. (That) impress­ion can be removed only when (a) business becomes fully alive to its social responsibilities.”

The book, in a sense, distils the essence of Shastri’s qualities as a leader and a human. Reading its final section, on his legacy, I was struck by how much he resembles the present-day idea of a ‘servant leader’ anchored in ideas of compassion, equality and inclusivity. Shastri’s approach to life and leadership was not about flamboyance, wordplay or spin, but centred on humility, earnestness and a commitment to principles. It is a rem­inder that leadership does not always have to be of the ‘in your face’ variety and that nice people can also be great leaders.

Admittedly, Shastri lived in a different India; perhaps India itself would have been a different place had he lived longer.