Has its heart in the right place. Undoubtedly bold and audacious, but also a trifle artless. 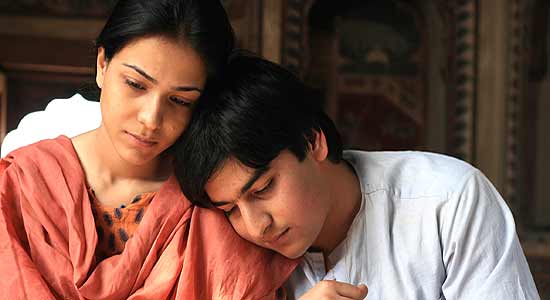 Bol has its heart in the right place. The blockbuster from Pakistan is not just a statement on gender equality; it states a case for the reproductive health of women and for the rights of another marginalised community—the eunuchs. It locates all these issues in a poor family, with several daughters and a eunuch child, headed by a domineering patriarch. Things start nicely. We see vignettes of how the family members find a life beyond the suffocation and limitations imposed by the orthodox, religious father. There’s an old-worldly feel to the setting, an unhurried pace to the narrative and a sense of decorum and delicacy in the language. There are nicely observed moments of lightness, like one daughter’s loyalty to Tendulkar and another’s liberation in music. There is also a nice nod to Meena Kumari and Pakeezah. But gradually, like our films, melodrama takes over and its message becomes shrill and crude. Characters become portrayed in broad brushstrokes in extreme black and white and the family’s miseries keep getting excessive. The film gets too muddled in the second half and then finds a simplistic happy ending for itself. Bol is undoubtedly bold and audacious, but also a trifle artless.