Ravi liked to ask questions and he expected answers that were lucid and logical. If God had a theory of this world, Ravi would have liked it to be coherent, consistent and, more importantly, fair-minded. 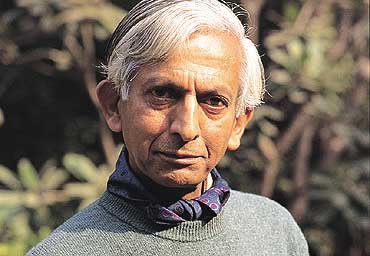 outlookindia.com
-0001-11-30T00:00:00+0553
During the 1970s and early '80s, my generation, born around Independence, was jaded with the mushy, self-indulgent stuff that had been fed to us as 'Indian thought'. Restless for some fresh, incisive analyses of the issues confronting us, we realised that a series of new books had begun to appear, catering precisely to our demands. The authors of these books were articulate, confident of what they wished to say, steeped in Western theory but sensitive to our own past and grassroot realities: Romila Thapar, Ashis Nandy, Sudhir Kakar, J.P.S. Uberoi, Veena Das. Gratifying to me personally were two aspects of this phenomenon: the titles were all published by Oxford University Press with which I had once worked. And this scholarly renaissance had been stage-managed by one man—my friend and ex-colleague, Ravi Dayal.

Ravi died on Sunday, June 4, at the age of 68. Tobacco, with which he had had "45 years of happy and creative relationship" , had extracted its price from this warm, generous, stimulating human being. "Conversation with him," says Romila Thapar, "was always an exploration; he made you confront issues and areas you hadn't thought of."

While working in Madras in his 20s, Ravi visited Madurai. There, while the arati was going on, he told me that he had sat in front of the sanctum sanctorum and questioned God: "How do you account for the state of this world? Why are things in your world in such a shape?" Ravi liked to ask questions and he expected answers that were lucid and logical. If God had a theory of this world, Ravi would have liked it to be coherent, consistent and, more importantly, fair-minded. That insistence was the basis of his success as an editor. He worked indefatigably on typescripts, double checking, correcting, demanding revisions and rewrites.

Once he became the general manager of OUP, Ravi blossomed out as a publisher. He proceeded to transform the firm from a production centre for textbooks and supplementary readers into a professional academic firm "that could rival", in the words of Irfan Habib, "any outside branch of OUP in the quality of its publications". Habib should know. When he submitted his Atlas of Mughal India to OUP, Ravi insisted that maps by themselves weren't enough. They had to be accompanied by a text—which Habib wrote, and produced what is today acknowledged as a classic. OUP became the publisher for Habib's Centre for Advanced Studies at Aligarh. But Ravi was also responsible for nurturing a rival school of history. With Ranajit Guha and Gyan Pandey, he put together the first volume of Subaltern Studies which launched on the unsuspecting world an approach that has since attracted global attention.

Though a historian himself, he spread his net wide, covering disciplines such as sociology, anthropology, economics, philosophy and even archaeology. He worked with M.N. Srinivas on his epoch-making The Remembered Village. He published Andre Beteille and T.N. Madan. And he placed the authority of OUP behind new Indian drama in English by publishing plays by me, Badal Sircar and Vijay Tendulkar.

Ravi turned OUP into an extension of his own self. "We were all underpaid," recalls publisher Rukun Advani. "So was Ravi. But what mattered was new ideas, criticism and arguments. Precision and craftsmanship were appreciated, English skills were valued. The ambience was marked by sophistication, elegance of style, great articulation. When Amartya Sen dropped in for lunch, he had to stand in line for food in the office canteen with the rest of us—which included attendants and drivers."

After working with OUP for 25 years, Ravi left to start his own firm. He was tired of academic publishing and concentrated on low-priced but exquisitely designed editions of novels, by new writers like Amitav Ghosh, Mukul Kesavan and Shama Futehally.

In India, when a person vacates a position of power, the traditions he has assiduously built up collapse behind him. Not with Ravi. He had trained a team of conscientious editors who were urged to develop independently of him. As Rukun, who took up the torch from him, points out, "He encouraged relationships between authors and editors, leading to some immensely productive collaborations, which continued long after he left."

Once, in the late '90s, Julius Lipner, Professor of Divinity at Cambridge, told me that his next book was going to be published by OUP. "London?" I asked. "Oh no," said Lipner. "India. That's the only list to be on." This was a good 10 years after Ravi had left OUP. I cannot think of a finer tribute to the revolution Ravi had wrought, not just in OUP but in the intellectual landscape of India, and to the vibrant tradition he had handed down.