Malgudi's creator was a very loveable man, but his humility was deceptive 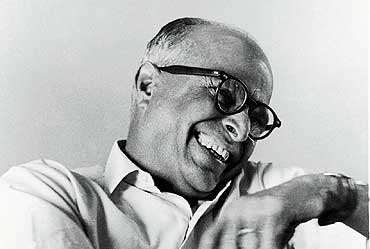 Being with Narayan on his afternoon strolls was an experience. He did not go to a park but preferred walking up the bazaar. He walked very slowly and after every few steps he would halt abruptly to complete what he was saying. He would stop briefly at shops to exchange namaskaras with the owners, introduce me and exchange gossip with them in Kannada or Tamil, neither of which I understood. I could sense these gentle strolls in crowded bazaars gave him material for his novels and stories. I found him very likeable and extremely modest despite his achievements.

We saw a lot more of each other during a literary seminar organised by the East-West Centre in Hawaii. Having said our pieces and sat through discussions that followed, we went out for our evening walks, looking for a place to eat. It was the same kind of stroll as we had taken in Mysore punctuated by abrupt halts in the middle of crowded pavements till he was ready to resume walking. Finding a suitable eatery posed quite a problem. Narayan was a strict teetotaller and a vegetarian; I was neither. We would stop at a grocery store where he bought himself a carton of yoghurt. Then we would go from one eatery to another with R.K. Narayan asking "Have you boiled rice?" Ultimately we could find one. Narayan would empty his carton of yoghurt on the mound of boiled rice. The only compromise he made was to eat it with a spoon instead of his fingers which he would have preferred. Such eateries had very second-rate food and no wines. Dining out was no fun for me.