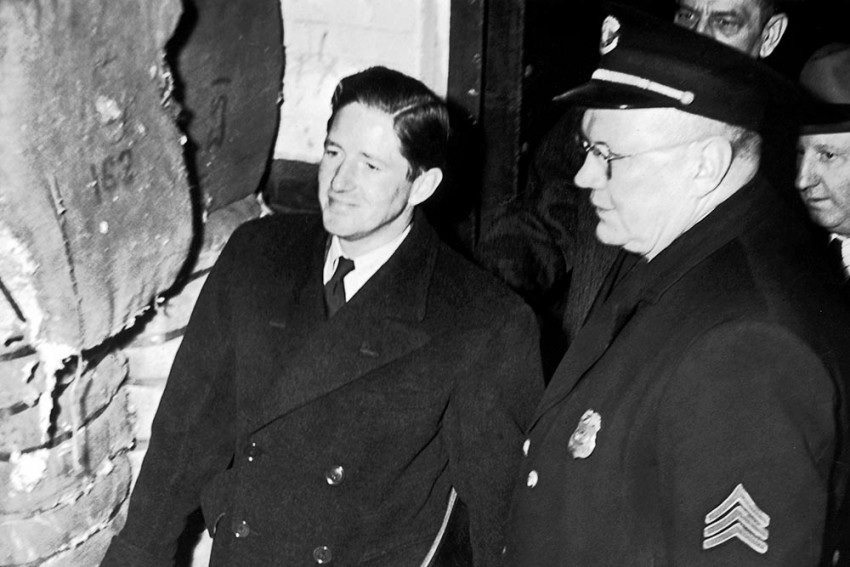 Home Sweet Home
Deported, Tyler Kent (left) arrives in the US in 1945 after serving out most of his jail sentence in Britain
Siddhartha Mishra May 02, 2018 00:00 IST Blow Here To Shatter A Myriad Worlds 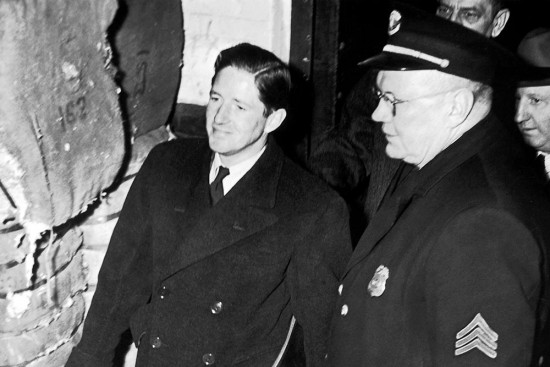 Earlier this year, when Cambridge Analytica whistleblower Christopher Wylie laid out his former employer’s modus operandi, the mind jogged back in time to remember the likes of Julian Assange, Edward Snowden, and even Daniel Ellsberg of Pentagon Papers fame. Wylie had revealed that Cambridge Analytica had been able to micro-target voters on Facebook using data it had sourced from a third-party application. India aside, the ramifications hit Kenya, Mexico, the United Kingdom and, most importantly, the United States of America.

Speaking of Ellsberg, the most recent portrayal of him on the big screen was in The Post (2017). In the scene where Matthew Rhys as Ellsberg hands over the papers to The Washington Post’s Ben Bagdikian, played by Bob Odenkirk, the former asks the latter a pointed question: “You are gonna publish these documents?”

The reporter will say yes. Definitely in this case, you’d argue, with the US government having handed an injunction to the NYT (who Ellsberg had approached first) forbidding them from publishing the papers—a fact that Odenkirk and his editor Bob Bradlee knew. However, even in the opposite situation, the reporter would want to publish anyway for fear of losing that ‘exclusive’ to a competitor.

Political dissidents use these platforms to ­communicate. Compromising their data could lead to “immense ramifications”.

Now in the internet age, anyone can fill these roles of journalist and publisher. And when it comes to instant messenger apps, the data disseminated on them could range from a photo of a cheating spouse to confidential papers, and even a picture of your Aadhaar card. While the likes of WhatsApp and Signal offer encryption to garner a user’s trust, what if an employee—a ‘whistleblower’— acting out of a misguided moral compunction decides to put it all out there?

Kiran Garimella, one of the researchers who was able to identify trends in WhatsApp data from public groups, says “Leakage of WhatsApp or Signal data could have immense ramifications, in part due to their personal and sensitive nature.” He says that users across countries use them for secure communication, citing the repercussions that exposed political dissidents might face, and says that there are two scenarios in which the apps’ data might be compromised. “These companies could provide the encryption keys to governments (as Russia has been asking from Telegram) or they could be hacked by the security agencies in these companies (as the FBI did with Apple iPhone encryption). In both cases, the integrity of these apps (and hence other secured communication apps) could be under jeopardy,” he explains.

Vivek Wadhwa, author and distinguished fellow at Carnegie Mellon University’s College of Engineering in Pittsburgh, Pennsylvania, says the fact that people trust these apps with their information is why it will be a “personal disaster for many. Imagine the financial transactions, intimate personal conversations, and political discussions that would be compromised.”

Coming back to the nature of the whistleblower, there is a story of one from the Second World War. Tyler Kent, a diplomat at the US embassy in London, could have been the first, decades prior to Ellsberg. Reports call him an anti-semite and an anti-communist who didn’t want the US to enter the war against Germany on the Soviet Union’s side. In 1982, a reporter called Robert Harris interviewed Kent in his trailer near the Mexican border. Kent explained how he had planned on releasing cables during the 1940 US Presidential elections that showed President Roosevelt promising aid to Winston Churchill, at a time when an overwhelming majority of the American populace wanted nothing to do with the war. Kent was later arrested for stealing secret documents and passing them on to Nazi agents.

So what if a whistleblower, one who is politically motivated, decides to upset the apple cart? “Some whistleblowers act on principle and take personal risks to expose wrongdoing. Others simply abuse their power because they can,” says Wadhwa.

At a time when fake news rules supreme and people do not know who or what to believe anymore, a leak of data of such nature is precisely the kind of chaos a smartphone user doesn’t need. Back to cute cat videos.

Reapers Of The Intimate Word