Blood On Their Hands

A fearless expose of state complicity and whitewash in our very own Orwellian saga: the riots of '84 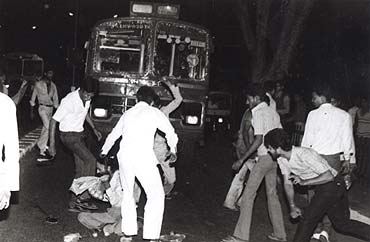 American anthropologist and poet Loren Eisley aptly described the human aberration which results in deliberate mass murders: "(Men)...kill for shadowy ideas more ferociously than other creatures kill for food, then, in a generation or less, forget what bloody dream had so oppressed him."

The ’84 killings too were mercilessly planned and executed by the state, with a breathtaking disregard for governance and constitutional rights. After this bloodbath, the state and its partners-in-crime preferred to forget the bloody drama they had enacted.