This infraction resulted in exemplary punishment. The ICC must now crush the recrudescent scandals that deface cricket. 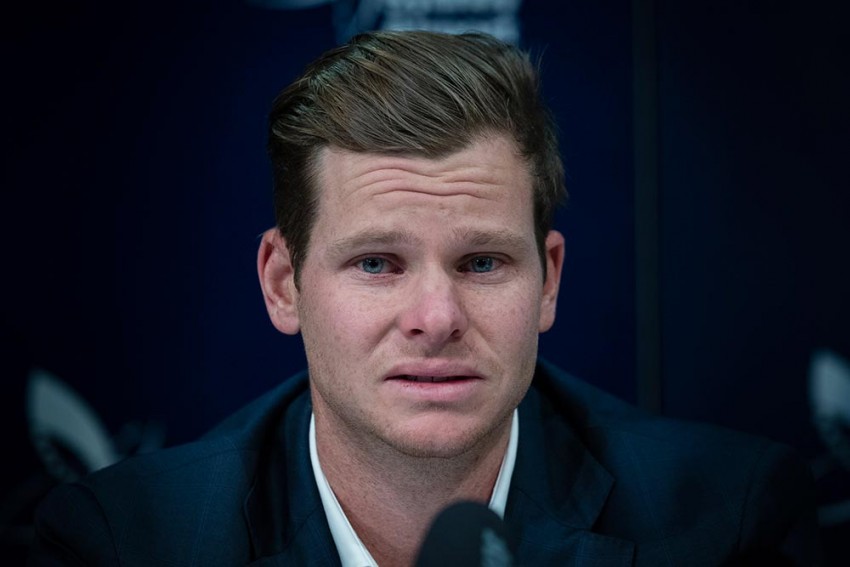 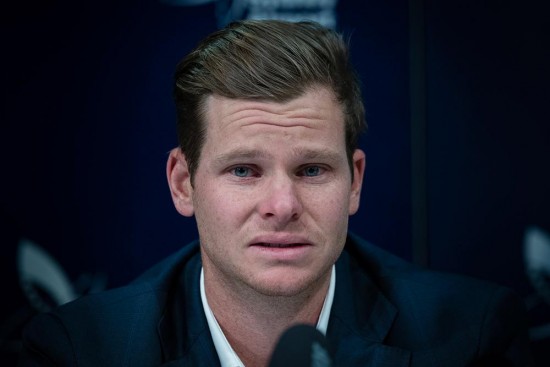 The entire saga of tampering of the cricket ball by Australian player Cameron Bancroft in Cape Town, the subsequent discovery—and admission by the culprits—of a conspiracy led by captain Steve Smith, Cricket Austra­lia’s enquiry and the punishment ­meted out, has dealt a grievous blow to the so-called ‘gentleman’s game’. Is cric­ket today the most corruption-­ridden and the  most cheating-prone of all major international sports? As scandal after scandal unfolds, the fan is left wondering about the vaunted sense of ‘fair play’, ‘sporting spirit’ and gentlemanly propriety. The very concept of sport as a means of entertainment has been overtaken by a grim ‘win-at-all-costs’ syndrome and the greed for money.

Although there have been innumerable cases of cheating in sport for centuries around the globe, any misdemeanour on or off the cricket field parti­cularly hogs global headlines, as it has historically been hailed as the game that the good guys play. So, Bancroft rubbing an illegal foreign obj­ect on the ball, to get the adv­antage of reverse swing for his bowling side during the third Test against South Africa, was a monumental disgrace, even if he did it on instructions from the team’s ‘leadership group’.

“Cricket hasn’t been a ‘gentleman’s game’ for long. No competitive sport can be either. The stakes are too high.”
Justice Mukul Mudgal, Chairman, FIFA governance committee

So blatant was the cheating that Australian Prime Minister Malcolm Turnbull termed it a “terrible disgrace”. He called upon Cricket Australia (CA) to act “decisively and emphatically” and punish the guilty. CA promptly laun­ched an inquiry, following which it banned captain Steve Smith and vice-­captain David Warner for a year each and Bancroft for nine months from all international and domestic cricket. Later, coach Darren Lehmann stated that he would quit after the fourth Test against South Africa sla­ted to start on March 30. Warner will never be considered for leadership roles. BCCI has banned Smith and Warner from captaining and representing Raj­asthan Royals and SunRisers Hyderabad respectively. Additionally, ICC has fined Smith and Bancroft, though that was like just a slap on the wrist.

Over the years and decades, there have been many instances of cheating in cricket. At times, they give the impression that the game has perpetually been a cosy club of conmen. In the last ten years particularly, there has been a spate of cases involving ball tampering, spot/match-fixing, pitch-­fixing, batsmen getting out deliberat­ely, players passing information to bookies and poor on-field behaviour. A few of those caught in corruption have been penalised with bans, but some cricketers seem incorrigible and continue to indulge in illegal practices, wilfully flouting rules. 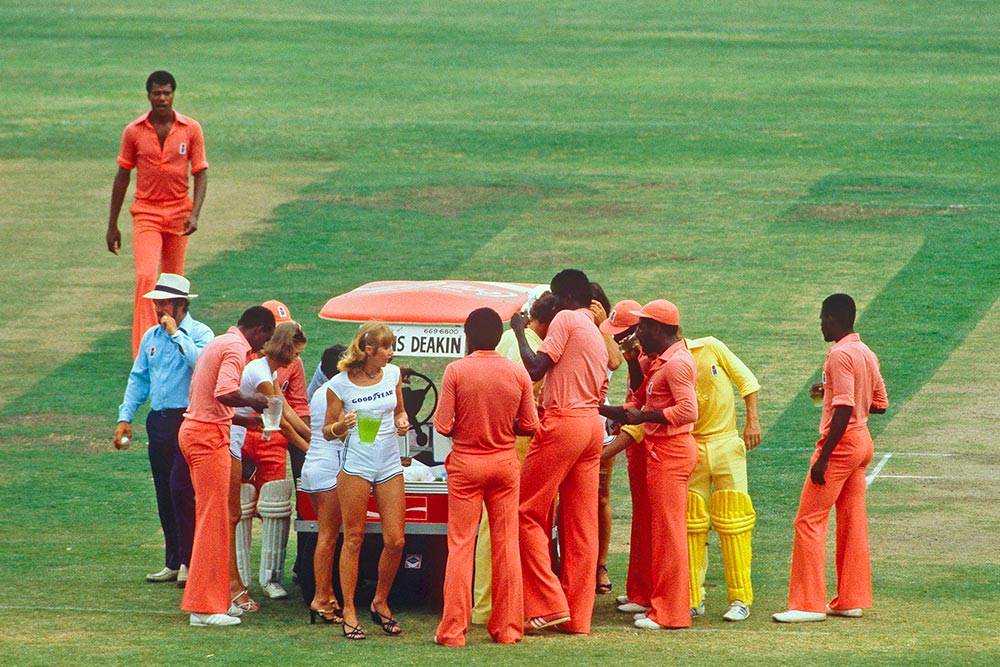 Kerry Packer’s World Series brought in millions, was a departure from old ways

Mukul Mudgal, a retired Chief Justice of the Punjab and Haryana High Court, who probed the 2013 IPL betting-fixing scandal, is categorical in his assessment. “For a long time, cricket has not been a ‘gentleman’s game’. For that mat­­ter, no competitive sport can be a gentleman’s game. Yes, the standard of fair play differ from game to game, but that tag is a thing of the past. There are very high stakes involved now,” Mudgal tells Outlook.

All major sports in the world have had their low points. Athletes have been ­ind­­ulging in malpractices for ages in different sports events, including the Olympic Games. In the US, Major League Baseball (MLB) was rocked in 2013 when many players were caught using human growth hormone from the Biogenesis of America clinic. MLB got cracking and pun­ished 14 players—the most number of suspensions it has ever handed at one go.

“Ideally, corruption should be less because players are earning so much more, which should satisfy them.”
Madan Lal, Member of 1983 World Cup-winning team

Basketball, another extremely popular sport in America, also has had its share of scandals. In March last year, New York Knicks’ Joakim Noah was suspended for 20 games after he tested positive for ligandrol, a banned substance. In 2016, O.J. Mayo of Milwaukee Bucks was banned for violating the NBA’s anti-doping programme. These are not isolated cases; NBA’s history, dating back to the early 1950s, is replete with bans and suspensions of players for various transgressions.

But the biggest corruption case in sports in recent history was the FIFA bribery and money laundering scandal in 2015. It is believed that at least $150 million changed hands between FIFA officials and outsiders. The bribery att­empt also hit the bidding process of the 2018 and 2022 World Cups, besides FIFA’s media and marketing rights. Seve­ral top officials were arrested by the US police and investigation authorities, while some others chose to surrender. Among those impacted was Sepp Blatter, who was removed as FIFA president after a 17-year-long stint.

Since the scandal, a drastic cleansing drive was initiated at FIFA. Amongst the measures taken was the appointment of Mudgal as chairman of the FIFA Governance Committee. “FIFA has taken several steps to improve its functioning and make it transparent. I can give one example. The 2026 World Cups bids are now being assessed and all the criteria are on the FIFA website. There are two sets of bids: one is a joint bid by Canada, Mexico and the US, while the other bidder is Morocco. The way they are going to be judged is in the open and there’s a committee that will assess them,” he says.

However, no single governing body has been able to rein in corruption and illegal activities in cricket. In the Indian sub-continent and Australia (and less so in England), cricket is the biggest money-spinner, and the scale of malpractice in the sport is also massive. The list of offences is endless even if one looks at the game’s recent history. In 2010, some Pakistani players accepted money to bowl no balls in a Test in England; in 2012, an Indian TV channel all­egedly induced some second string Ind­ian players with monetary offers to play below par; in 2013, the IPL betting-fixing scandal exploded in the open. In between, there have been several cases of ball tampering. Amongst those charged were Sachin Tendulkar (vs South Afr­ica, 2001), Rahul Dravid (vs Zimbabwe, 2004), Shahid Afridi (vs Australia, 2010), and Faf du Plessis (vs Australia, 2016), to name a few big names.

Many experts, including Mudgal, feel that the ever-growing stakes in cricket are responsible for the breaches that tarnish the reputation of the glorious game with unfailing regularity. Former India all-rou­n­der Madan Lal can’t understand the gr­eed of current cricketers. “Com­­m­­erc­ia­lisation is only one of the reasons for the mess. If you deeply think about the issue, corruption should ideally be less bec­ause players are now getting more money, which should satisfy them; so, teams should be clean,” says Madan Lal, a member of the 1983 World Cup-winning team. 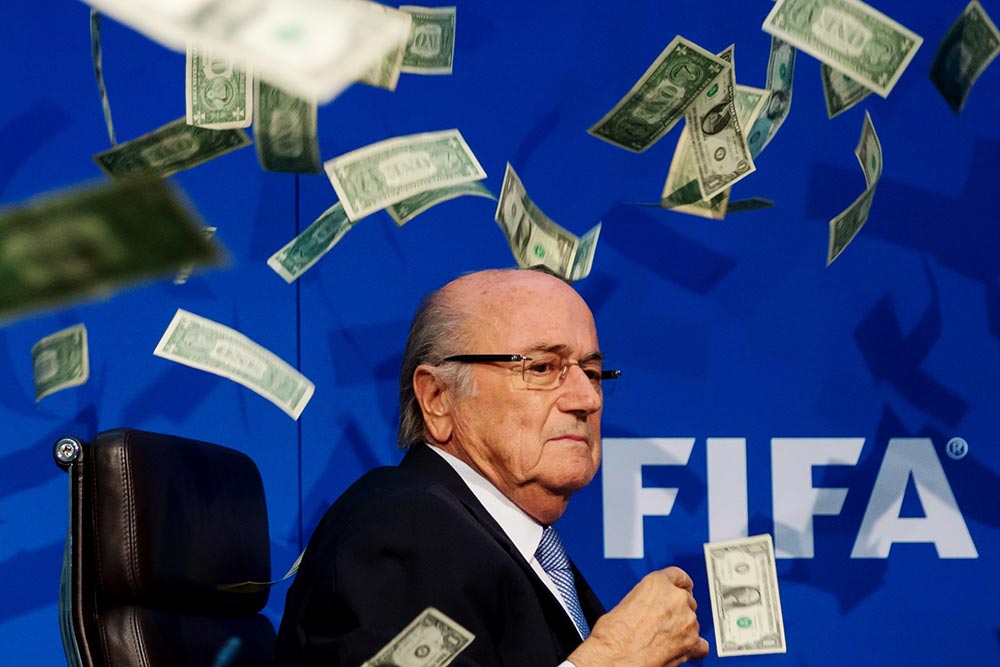 Sepp Blatter, former FIFA chief, had to quit after a massive corruption scandal

Former India hockey captain and Dhyan Chand’s son Ashok Kumar points to Kerry Packer’s World Series Cricket (WSC), launched in 1977-78 in Australia, as the turning point of commercialisation. Denied TV rights for Australian cricket, the media moghul hired the world’s top players and threw money at them to play for him. Since then the lot of cricketers has only grown healthier in terms of improved remuneration. The hike in their payment structure coincided with a rapid rise in sponsorship money. Ashok Kumar says that players were ‘managed’ as far back as 1970s in the Calcutta Hockey League, in which he represented Mohun Bagan, but that seems like innocent days compared to match-fixing in cricket today. “I played the league in 1969 and received Rs 3,000 for the season. I came to know there that players were ‘managed’, but I am not sure if they were ‘managed’ with offers of money or by some other kind of inducements. Secretaries of the clubs would do that, and inform us that so and so have been ‘managed’. But, overall, hockey has been clean—rather, I would say, too clean,” Ashok Kumar tells Outlook.

Former India football captain Subimal ‘Chuni’ Goswami, who also captained Bengal in the Ranji Trophy, also squarely blames excess money in cric­ket for the malpractices. “Cricket is no more an amateur game, and players are now professionals. Everyone is trying to impress all in order to earn more money because the sport is now fetching unimaginable amounts of money, especially T20 cricket. So, I am not surprised at what is happening in cricket,” says Calcutta-based Goswami.

Many feel that for today’s rich players, a monetary fine is no deterrence. Only bans, which damage their reputation,are effective enough.

Many people feel imposing monetary fines on players would not serve the purpose, simply because it doesn’t pinch them. Slapping bans is a better way to teach them a lesson, as that would damage their reputation. For INS­tance, Warner lost a personal sponsor even before CA pronounced the one-year ban on him. Home appliance giant LG confirmed that it would discontinue its long-term sponsorship of Warner in the light of the ball-tampering scandal.

Disturbingly, the Cape Town controversy has raised the question if cricket is fast becoming one of the most notorious sports, thanks to the convulsions that keep rocking it regularly. Mudgal takes a pragmatic view. “We have to have rules about sledging etc. in the code of the conduct. But to make cricketers choirboys is also stupid. The bid to turn them into paragons of virtues is not going to happen. Cricket is a very professional game, highly competitive,” he says.

Mudgal says the measures suggested in his committee’s report on the 2013 IPL betting-fixing scandal and those sugges­ted by the Lodha Committee could be a first step to check malpractices. But more than anything else, a vigilant and stern ICC is of paramount importance. After the kid-glove treatment it meted out to the culprits in the Australian squad in the present ball tampering con­trove­rsy—when that country’s cricket board has han­ded out exemplary punishment—it does seem the ICC is of a mind to take stern action. The governing body has fin­ally said it would rev­iew ball-tampering and code of conduct rules.

Why Border Villagers Join The Forces