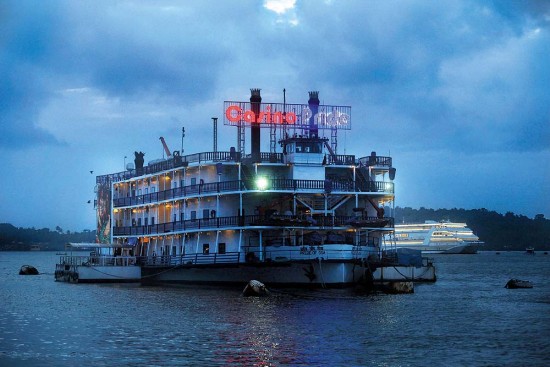 No issue provokes more contradiction in Goa than the so-called offshore casinos. These gambling boats, which came up around 1999, remain stubbornly moored in the Mandovi river, near Panaji, even though they’ve been known to break laws. The people of India’s smallest state are united in opposing them—and every party that’s not in power does so too. But all politicians, once elected, generally let them be.

The latest shocker has come from the BJP government of Goa. Former chief minister Manohar Parrikar, now the Union defence minister, calls casinos a “social evil” and “dens of vice” and on the campaign trail had promised to root them out. As chief minister, Parrikar had sworn his government would never need “bad money” from the casinos for development, and that those funds—some Rs 135 crore was collected in taxes and duties—would be kept separately and used only for homes for the aged. But now, Goa’s present CM Laxmikant Parsekar, known to work under Parrikar’s guidance, has reneged on the March 2014 promise, made in the state legislative assembly, that the casinos would be shifted out of the river when their licenses expired on August 29, 2015. Instead, a day ahead of the deadline, Parsekar made an executive decision to extend their licences, citing “revenue flow” and “investor confidence”.