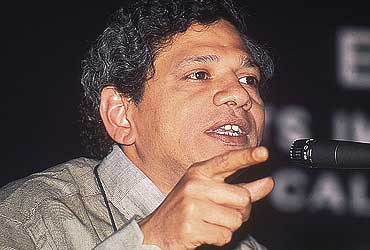 Our opposition has nothing to do with his personal achievements in science. We feel the BJP wants to whitewash what happened in Gujarat by elevating a person from the minority community to the post. It wants to pursue its aggressive nationalism by making the father of the Indian missile programme also the supreme commander of the armed forces. His candidature has been proposed by the BJP and the NDA. The CPI(M) and the Left have always opposed the government all along. We think its policies are extremely dangerous for the well being of the country. So how can we support the NDA candidate?

Do you think Kalam has allowed himself to be appropriated by the NDA and the BJP?