Modimania is tempered a bit by some questioning. But will this take away any of the vigour? 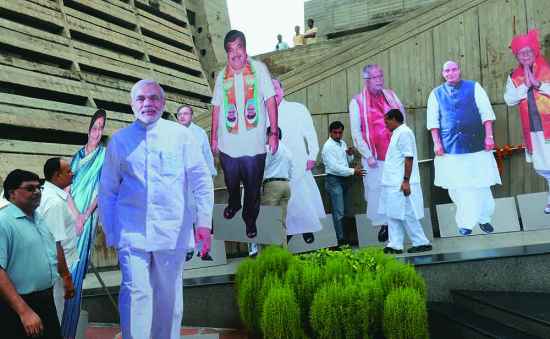 The State Of Affairs At State Level

A lot of hope was rekindled in the BJP two months back when it decided to muzzle all dissidence and present a united face for electioneering. The monsoon session infused fresh energy: BJP parliamentarians found enough ammunition to attack the government on issues of corruption, the worsening state of the economy and matters of national security. With the Lok Sabha polls barely nine months away, the downslide of the UPA (despite the little boost provided by the passage of the Food Security Bill) must become the BJP’s surest bet to turn up trumps. But there may still be a long distance for the party to travel between building itself as the only alternative, cobbling up the required numbers and managing both the strident voices keen to project the BJP as a one-man—that is, Modi—show and the vocal doubters.