And how money-grubbing Board mandarins are ruining cricket 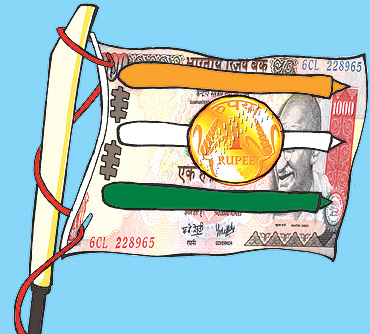 I'm a great fan of Barkha because she takes on the high and the mighty and loves to call a spade a shovel if need be. She's knowledgable and articulate, but some of her guests are downright ignorant and arrogant. The programme I was part of examined Cricket vs Terror in the aftermath of the attack on the Sri Lankan team in Lahore.

The natural point of debate during the discussion was how safe India was to host the IPL, with its dates clashing with that of the general election, and with both the home ministry and the IPL machinery at a loss to provide foolproof security for both events simultaneously. In the wake of the 26/11 attack, and with the background of blasts in Jaipur during the inaugural IPL jamboree, this gains critical importance.