Bikram Singha: The Lion Is Back 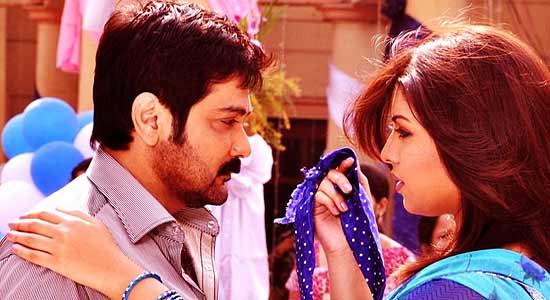 The trend in Bengali cinema today is to bridge the gap between ‘art’ and ‘commercial’, and in Bikram Singha: The Lion is Back, this is what director Rajib Biswas tries to do by showcasing the versatility of veteran Bengali actor Prasenjit Chatterjee, who has the rare ability to traverse the entire spectrum with aplomb. Unfortunately, while Prasenjit walks the tightrope with characteristic ease—portraying the double roles of a petty comic thief and a righteous, angry police officer—the film itself falls flat, neither achieving balance nor establishing itself even remotely in one of the two...