The CPI(M) chief shares his version of events in the Manmohan years and what the future may hold. 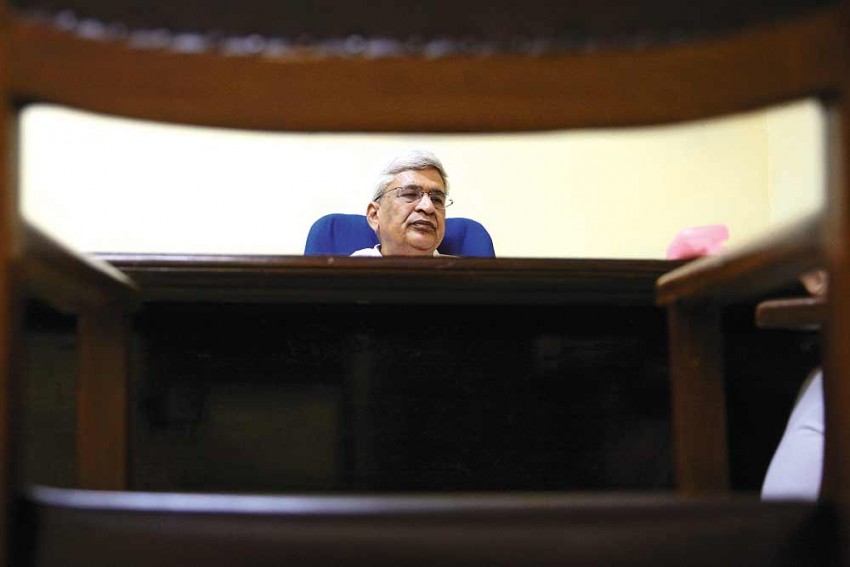 Sanjay Rawat
Saba Naqvi May 19, 2014 00:00 IST “Big Business Is Being Unfair To Manmohan Now That It Has Found A Saviour In Mod 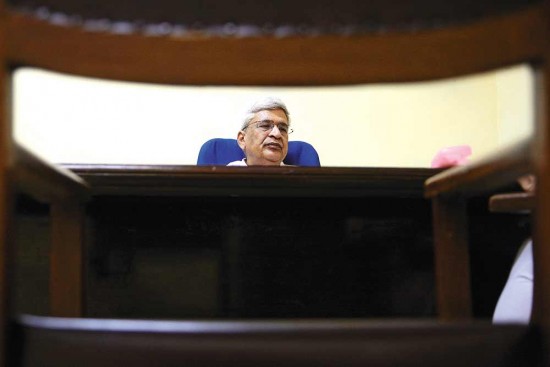 Like any committed Left ideologue, Prakash Karat does not like to talk of individuals but prefers to engage with ideological positions. The general secretary of the Communist Party of India (Marxist) was a key player in UPA-I when the Left gave it outside support. The Com­munist bloc, however, would withdraw support in 2008 on the Indo-US civilian nuclear deal. Since then, both the Congress and the Left have found themselves, for different reasons, losing ground in many of their bases. On the eve of an election result that suggests the ascenda­ncy of right-wing forces, Karat spoke to Saba Naqvi about his version of events in the Manmohan years and what the future may hold.

Some Congress leaders increasingly feel that UPA-I was a smoother affair because of the Left support.

"NREGA was passed only due to the big fight Left put up. We also pushed for RTI. It stood UPA in good stead".

Our support to the UPA came under exceptional circumstances. Not because we support the Congress policies but to ensure that there is a secular government after six years of NDA rule. The Congress party prepared a common minimum programme. There were things in the cmp we did not agree with, yet we said (we will support you) as long as you don’t deviate. But as things unfolded, they had policies we could not support. Tension was increasing on the issue of rising prices. But the main confrontation came on the issue of foreign policy when Dr Manmohan Singh decided during a visit to the US in July 2005 to enter into a strategic alliance with the US. That is when things went downhill. They entered into a military framework agreement which we opposed, we opposed their stand on Iran in the iaea and finally the nuclear deal was the last straw.

Yet now Congress leaders see that as a sort of golden age of the UPA.

That is because the Left had struggled for some of the commitments in the cmp such as NREGA that was passed only because of the big fight put up by the Left. We also pushed for the Right to Information Act and the Forest Rights Act. All this stood the UPA in good stead. Primarily because of these measures, it could fare well in the 2009 elections.

The PM’s former media advisor Sanjaya Baru has attacked you in his book. You told me you have read it. What is your reaction?

It’s a very subjective and self-serving account. Does not reflect the true nature of the developments. Mr Baru was not even involved in or present at many critical junctures. The truth is that the Congress went back on its word on IAEA and tried to isolate the Left on this issue.

The PM apparently told people that the Left was trying to blackmail him.

Do you think it was the entire Congress or the PM in particular?

What would you identify as the difference between UPA-I and UPA-II?

UPA-II has been a more retrograde version of UPA-I. Once they were free of the support from the Left, they went ahead with their real neoliberal agenda: FDI in retail, disinvestment in psus to the tune of thousands of crores, policies favouring big business and corporates became more blatant which was finally displayed in this massive corruption uncovered during the period of UPA-II.

What is Manmohan Singh’s legacy?

Ironically, injustice is being done to Manmohan Singh, who for 10 years has served most faithfully the interests of the most powerful strata of our country, the big bourgeoisie. Big business is being very ungrateful to him now that they’ve found a new saviour in Narendra Modi.

So how do you see Narendra Modi?

Modi combines hardcore Hindutva with a platform for big business. It’s a deadly combination, very dangerous for the country.

If Modi comes to power, how would you see this agenda proceed?

I don’t think we should presume anything. We are at the last phase of this election. We believe that though the Congress will be defeated, the non-Congress secular parties will do well and will be able to prevent Modi and the BJP from coming to power. The Left will very much play a role in putting together an alternative secular combination.

Can Mamata Banerjee and the Left be on the same platform?

"Baru’s is a subjective and self-serving account. He was not even involved at many critical junctures".

Mamata Banerjee is a person who has allied with the BJP. She has the record of being an opportunist. She has been with the BJP, then the Congress and now the pendulum is swinging back. Already Modi has spoken of the two-rosogulla analogy. He attacked her in Bengal but ended with: you will have one rosogulla in Delhi (Modi) and the other rosogulla in Bengal (Mamata). Rosogullas in both hands, he said. Mamata’s history shows that she can go to them.

What about supporting the Congress?

In the tradition of democracy, if a ruling party is defeated, it does not go ahead and try to form a government. After the result it will be for the Congress to decide how they approach the situation.

Any memory of a personal interaction with Manmohan Singh?

We had no personal animosity or acrimony. He had a clear ideological conviction about an alliance with the US and we were very clear about our positions. There was no other angularity to my relations with him.

The Six Contradictions Of Manmohan Singh