Upamanyu Chatterjee becomes a full-time writer at long last, the Snowden-Roy-Cusack conversation in book form and why A. Raja's book plans are shelved for now 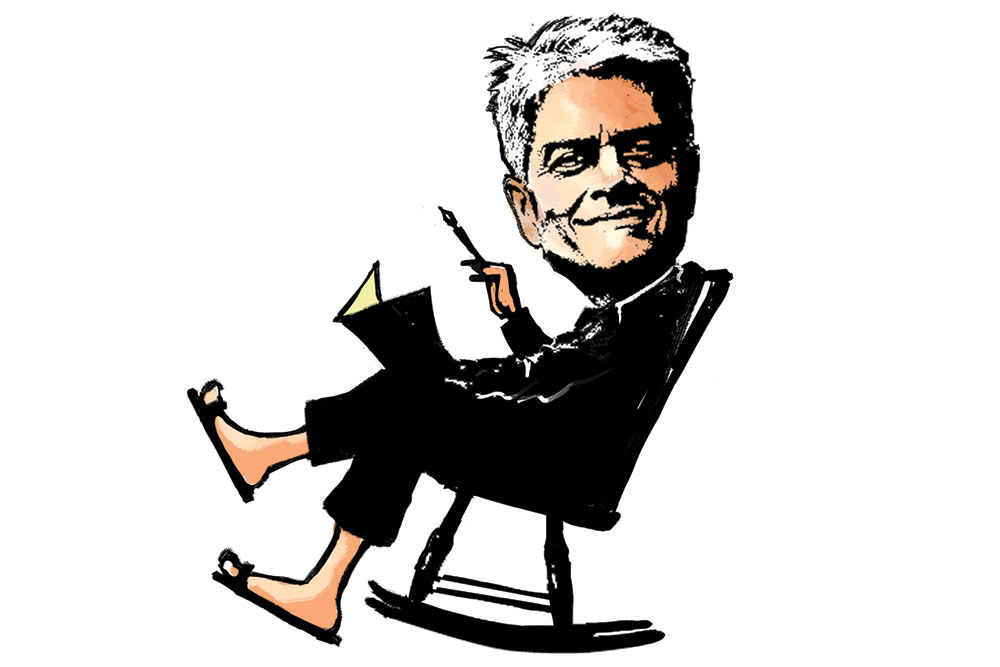 English August has fina­lly quit the civil services. Upa­manyu Chatterjee, whose semi-autobiographical novel English, August: An Indian Story (1988), about young IAS recruit Agastya Sen, is a cult classic, has retired from the government, three years before his tenure ends. He was with the President’s protocol office during much of Pratibha Patil’s reign and his last posting was with the petroleum ministry. “Now I am a full-time writer,” he says in his endearing, deadpan manner. Chatterjee is in the middle of writing a book of short stories.

Arundhati Roy met whistle-­blower Edward Snowden along with actor John Cusack last year. Their conversations, part of which Outlook published exclusively in November 2015 as Things That Can and Cannot Be Said, will now come out as a book, of the same name, published by Juggernaut. For­mer CIA operative Snowden has been in hiding in Moscow ever since he leaked secret military intelligence, which show the brutal ways of the US army. Roy’s conversations with him touch upon relevant topics, like the idea of patriotism, the state of the nation, wars, surveillance and freedom.

The 2G scam-tainted minister, A. Raja, was to come out with a book with his side of the story later this year. It was to be an explosive tell-all which could have implicated many Congress leaders in the scam. But now, the Congress and the DMK, Raja’s party, are in an alliance in Tamil Nadu. So the book will not come out, reports The Pioneer. It’s not clear if it has been shelved, but senior DMK leaders have told Raja to put it off for the time being.